This heartbreaking new video shows the real effects of whitewashing. 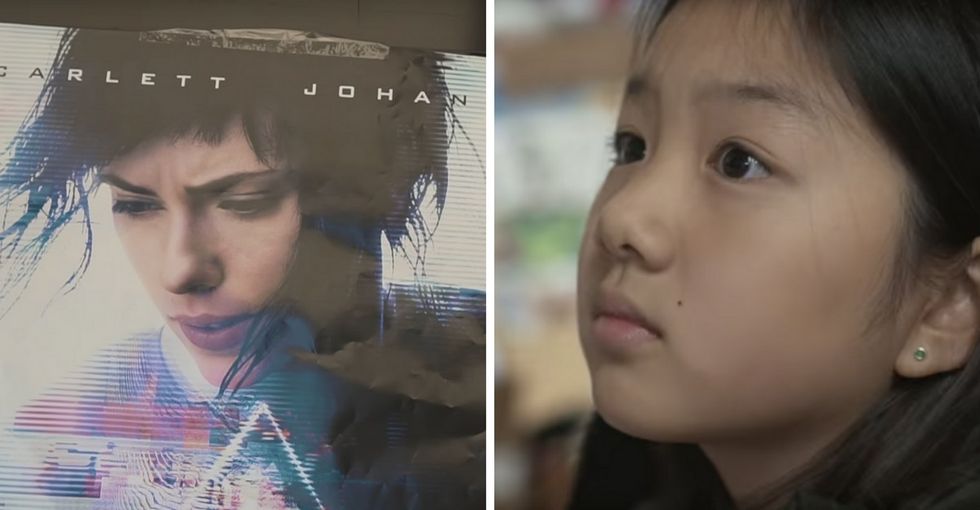 On screen representation — or a lack thereof — has consequences. And when people of color can't see themselves in the media because their stories have been given to white people to tell, it takes its toll in real ways.

It works the same for any marginalized group, like LGBTQ people, people living with disabilities, or people from certain religions.

This phenomenon, known as "whitewashing," is illustrated perfectly in a new gut-wrenching video by New York-based comedians Chewy May and Jes Tom. In the PSA, viewers see why the decision to cast actor Scarlett Johansson, who is white, as the lead in "Ghost in the Shell" — a film based on Japanese anime — perfectly exemplifies how whitewashing can be so harmful by putting a face to the people it hurts.

No matter how you try to defend why an actor like Johansson should play the lead in a film like "Ghost in the Shell," you can’t deny the impact it will have on audiences.

Check out the video below: