Taking "man's best friend" to a whole other level. 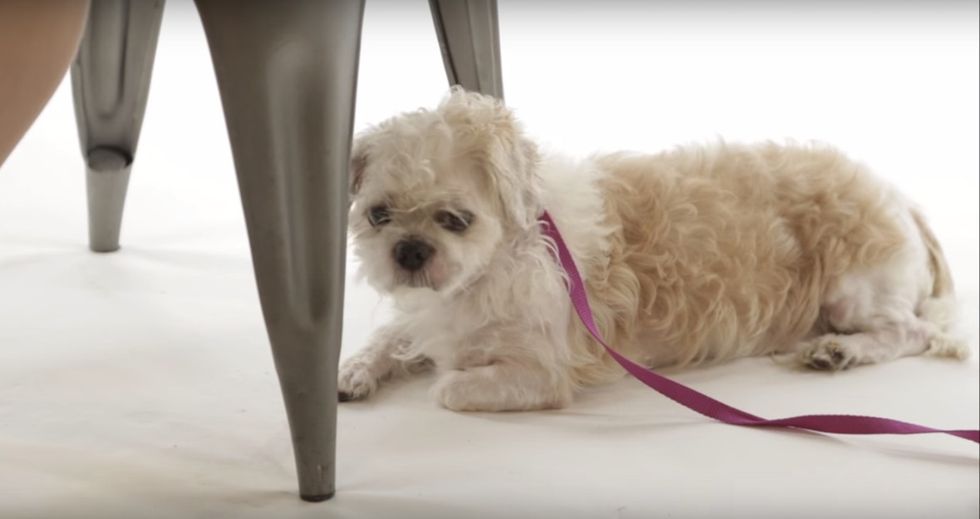 "Adopt a real dog, instead of settling for a man who acts like one."

That slogan is brought to you by the cackling woman above, who's in a new campaign video for Rescue Dogs Rock NYC. The nonprofit saves abandoned dogs and rescues others from kill shelters and puppy mills, with the hope of placing them into forever homes.

In case you missed it, in July 2015, Ashley Madison — a matchmaking website for cheating spouses — was hacked. Millions of users' personal information was made available online.

Cheating on your partner is, of course, no laughing matter, and hacking a website and exposing millions of people's personal info is certainly not OK. But a video that both lightheartedly defends those who were cheated on and fights for our furry friends in need? That's actually pretty funny.

While the video might make you laugh, Rescue Dogs Rock NYC is focused on a very serious issue.

There are plenty of dogs in need of a loving family. While somewhere between 3 and 4 million cats and dogs are adopted from shelters each year, 2.7 million are euthanized, according to estimates by the National Council on Pet Population Study and Policy.

"Way too many amazing animals are euthanized every single day simply because they are homeless," according to the Rescue Dogs Rock NYC website.

To learn more about how you can support Rescue Dogs Rock NYC, visit their website, and check out the campaign video below: