This 1975 interview is a reminder that Helen Mirren has been fighting sexism for decades.

"I'd like you to explain what you mean by my 'equipment' in great detail." 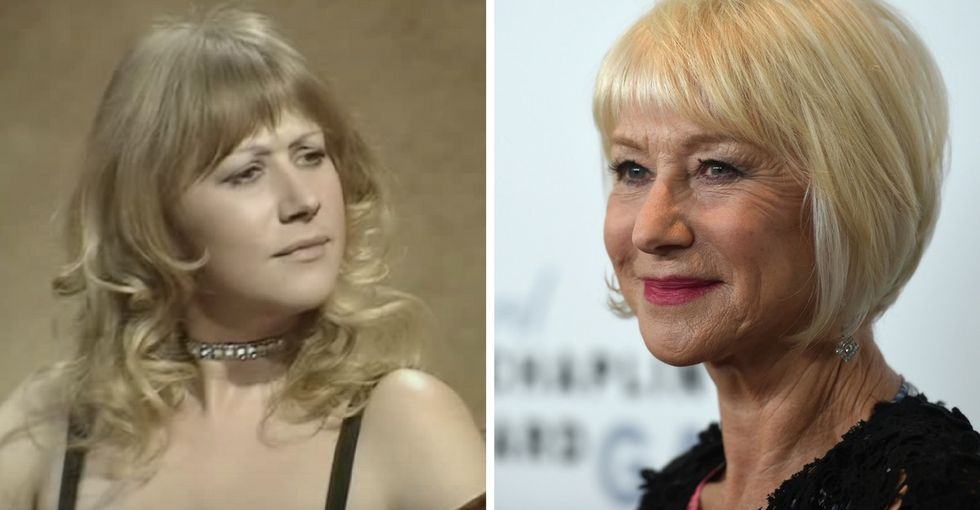 In 1975, Dame Helen Mirren was asked — in all seriousness — if her "equipment" hindered her from being a serious actress.

The then-30-year-old Mirren had been chatting with British talk show host Michael Parkinson when the Q&A took an ... awkward turn.

"Do you find ... that this — what could be best described as your equipment — in fact, hinders you, perhaps?" Parkinson inquired.

Mirren — never one to misinterpret such a thoughtful, important question — asked that he get more specific.

"I'd like you to explain what you mean by my 'equipment' in great detail," she countered.

After Parkinson confirmed that, yes, he was referring to her body and breasts, Mirren patiently pointed out how absurd that notion really is.

"Because serious actresses can't have big bosoms, is that what you mean?" she asked. "I can't think that could necessarily be true. I mean, what a crummy performance if people are obsessed with the size of your bosom or anything else. I would hope that the performance and the [stage] play and the living relationship between all the people on stage and all the people in the audience would overcome such boring questions, really."

Last year, commenting on the sexist interview from decades ago, Mirren pointed out that the 1970s were "horrible" for women — even worse than the 1940s or 1950s, in a certain respect.

“That decade, after the sexual revolution but before feminism, was perilous for women,” Mirren said, according to The Guardian. “Men saw that as a sort of, 'Oh fantastic! We can f**k anything, however we like, whenever we like. They’re up for grabs, boys!”

The resurfaced video of Mirren's interview serves as a reminder that the actress has been fighting back against a sexist industry for decades.

And she certainly hasn't let off the gas pedal in recent years.

In an interview with "The Wrap" last year, Mirren didn't mince words when she noted how ridiculous it was that — true story — a 37-year-old actress was turned away from a role for being "too old" to play the wife of a 55-year-old man.

How did Mirren feel about that?

And in an interview with AOL Makers in July 2016, Mirren pointed out how the push for gender equality has created a new era of entitled women — and that's not at all a bad thing.

"Any woman now actually is a feminist — they don't realize it, because they're living in a world feminism has, to a certain extent, created for them. Which is very exciting, because it's entitled. That's what I love about them. They're entitled."

It's ludicrous that Hollywood actresses still need to put up with this garbage — in casting, in interviews, and even on red carpets — but at least we have Mirren (and a growing list of women in her corner) to call B.S. on an industry that remains in dire need of change.

Watch Mirren tackle that interview from 1975 like a boss: