They showed these kids current and past pictures of Caitlyn Jenner. Here's their reaction.

The world would be a better place if adults were as understanding as these kids are. 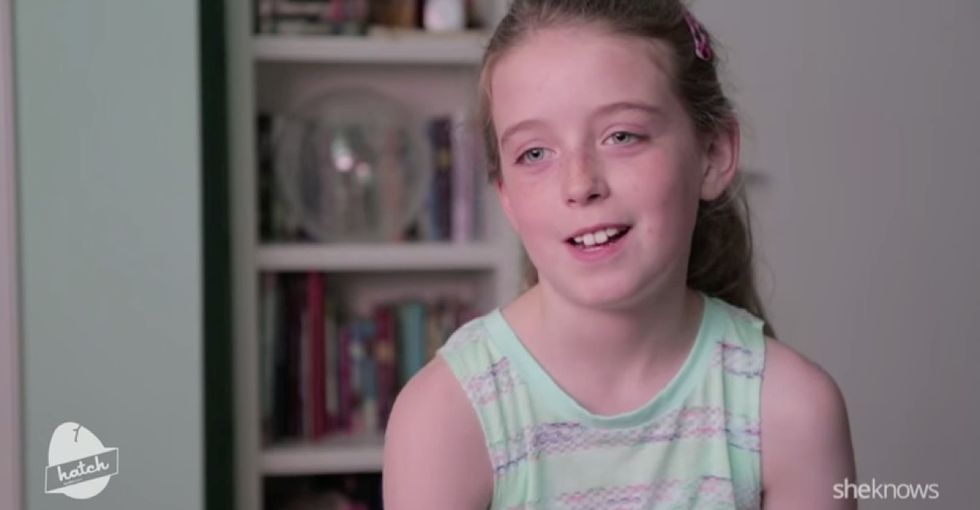 When Caitlyn Jenner came out as transgender, it brought out the best and worst of the Internet.

It felt as though there was a roughly equal mix of people offering support for her and other trans people and those who made some ... less than ideal comments.

A new video from SheKnows takes a look at reactions from a group you might not have heard from: kids.

And it turns out they "get it."

First, the kids were shown some pictures of Jenner during the 1976 Olympics, and they described the person they saw as a track-and-field athlete with strong arms. Then, they were asked to describe one of the recent pictures from Jenner's Vanity Fair spread. They described her as looking happy, confident, and in charge.

That's when the interviewer asked the big question: "What would happen if I told you that they're the same person?"

The reactions were amazing:

The interviewer showed the children some of the positive responses posted on social media in reaction to Jenner's coming out — the ones of empathy and celebration.

Instantly, the kids were able to grasp the concepts. One girl said, "They might not like the idea all that much ... but they're like, 'You know what? I don't care.'"

Their reactions to some of the negative things said on social media say it all.

Shock. Confusion. These were things adults were saying?

When asked why they think some adults might not be able to wrap their heads around the idea, their response cut to the core of the problem: fear and misinformation.

Where does this support come from? A place of understanding and compassion. Children are often told the importance of being themselves, and rightly so.

This quick understanding wasn't a fluke either.

Some people say things like, "How will I explain this to my kids?" But for the most part, children are receptive.

In a recent New York Times article about children's books that deal with trans characters and topics, author Alexandra Alter illustrated just how receptive children are with an anecdote from literary agent Marietta Zacker, who read her 11-year-old daughter a book called "George" that tells the story of a trans girl struggling to come out to her friends and family.

Her daughter loved the book, Zacker told the Times, explaining, "it was not shocking to her. It's the story of every person, the quest to be your own self."

In a video that now has more than 570,000 views, Jackson describes that it's not kids who have trouble accepting her daughter for who she is. It's the other parents. Here's how she described that first day at school:

"The kids were great and the teachers were awesome. But then the kids went home and told their parents, and they weren't so great after that. Adult bigotry had influenced them. We lost most of our friends and some of our family. We basically went into hiding for about a year while my daughter grew out her hair to look like the girl that she is."

Transgender people are authentic human beings. The problem is not with them, but with a society that chooses not to accept them.

There's nothing unnatural about being transgender. What's unnatural is some of society's refusal to treat them as human beings.

And as this video shows, kids just get it. Acceptance is natural.

If you're interested in learning more about understanding transgender people, PFLAG has some absolutely excellent resources.