These 5 steps can help you through tough discussions. Let's use climate change as an example.

You can apply these conversation techniques to anything really. 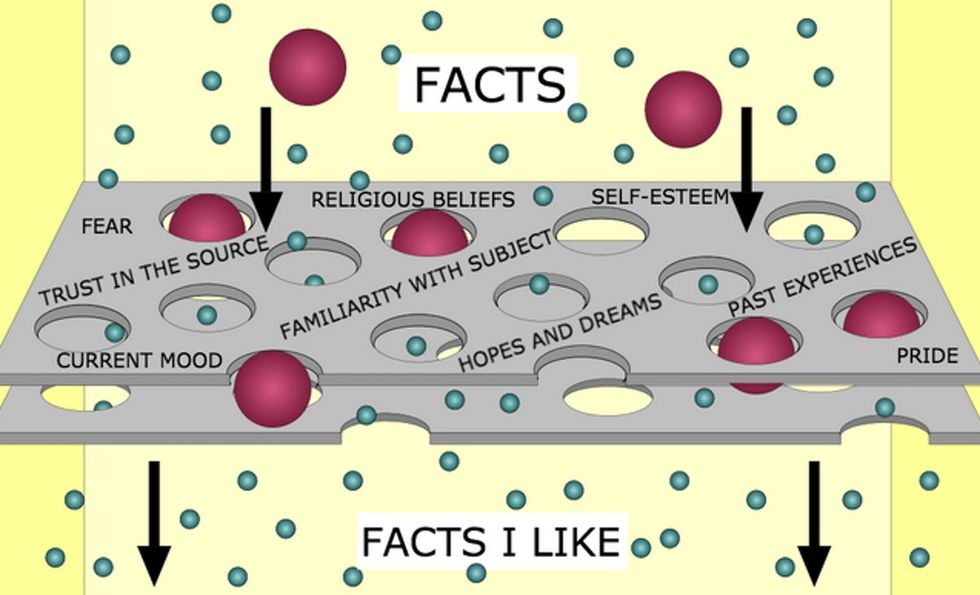 It's worth considering the perspective of real people who don't believe in climate change.

The easiest thing to do is to dismiss a denier as a stupid or bad person. The second-easiest thing is to get angry and make it your personal mission to drown that stupid, bad person with facts.

The hard thing to do is to try to "get" them. But it's also the best way to actually change someone's mind.

There are lots of factual counterarguments out there, and you've probably heard most of them. But a point-for-point debate is only going to entrench each side in its own positions. It's well documented that facts don't change minds.

The possibility of being wrong is inherently threatening. We think of it as weakness instead of an opportunity for growth.

Humans are emotional creatures, and as such, we cannot make fully rational decisions. There is always a spritzing of emotion.

There is oh-so-much science that supports the idea that decisions are just as emotional as they are logical. As much as we'd like to think we evaluate facts objectively, we just don't. If information doesn't fit with our understanding of the world, it gets "stuck," and we're more likely to reject it.

If we can't rely on a critical, objective discussion of the facts, how do we talk about climate change?

"You don't tell your opponent what to think or what's best. You help them discover for themselves what feels right and best and most advantageous to them. Their ultimate decision is based on self-interest. That's emotional. I want this. This is good for me and my side."

1. Figure out where they're coming from.

What's keeping them from hearing you? Are they afraid of something? Do they distrust the source? Did they come into the conversation angry? Ask clarifying questions until you have some idea of what motivates their ideas on climate change. This will give you a good starting point.

Give them the benefit of the doubt. Believe that they're a good, honest, sincere person who just disagrees with you. Let them know that you're on the same team with the same goal — maintaining a healthy Earth with sustainable solutions — but that you just might disagree on how to get there. Bonus points if you can find something you both agree on, even if it's something really small.

Resist the urge to win all the battles in one conversation. Pick something achievable based on where they already are. Maybe they aren't ready to admit the planet needs alternative energy, but they might be able to admit their pocketbook does. If you're successful in moving the needle just a little bit, that's a win!

4. Keep it focused and civil.

Every topic is complicated. It's easy to get sucked down a tangential rabbit hole or to get angry and start mudslinging. You have to decide: Do you want to defeat an enemy or do you want to gain an ally? Don't get distracted by off-hand comments, ad hominem attacks, or a vaguely snide remark.

Hopefully, after all that, you'll have made enough of a connection to change a mind. If you achieved your small goal, hang up your hat and debate the next small point another day. You're officially a part of the empathetic debater club (you're going to love our clubhouse — it's so chill).

But you know what? Sometimes it doesn't work. Maybe they were never interested in having a conversation. Maybe they're too emotional. Maybe they're unwilling to converse with kindness. Whatever the obstacle is, don't let yourself be so invested in the debate that you can't wash your hands of it and walk away. It's OK if today was not the day or if you were not the person. Just by being cool as a cucumber, you've made it easier for that person to view the "enemy" as less of a big, bad monster — and that's a win too!

Changing people's minds about climate change is not about being clever, it's about getting them to join our team.