There’s no 'right thing' to say to someone in need, according to new study. 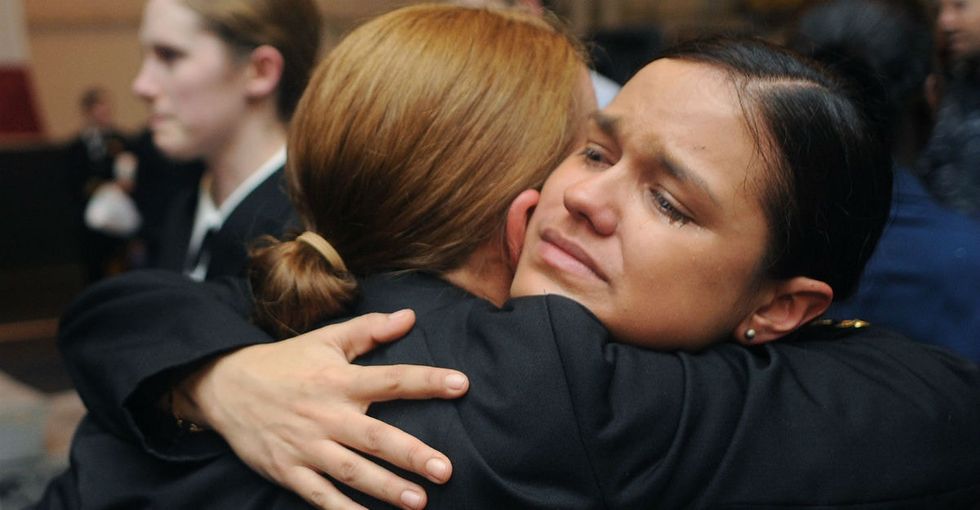 When it comes to being a supportive person, don’t overthink it.

Nearly all of us have found ourselves in that situation where we’re confronted by someone in emotional distress.

Whether it’s a family member, close friend, or even a complete stranger, finding the right words to comfort someone in need can be elusive. Are we saying too much, not enough, or perhaps even being offensive despite our genuine desire to help?

Well, a new study from researchers at Wayne State University says we shouldn’t sweat it because there’s technically no “right” words or phrases to use when we want to be supportive. Instead, the important thing is communicating our intention to be supportive, rather than uttering any magical phrases.

Of course, support can mean different things in different situations. A “supportive” boss can affect your career trajectory, while being a supportive family member involves everything from financial to emotional to financial support.

Lead researcher Shawna Tanner built upon a 2008 study involving children, where they were asked to rate their reactions to several different supportive statements. According to that study, the kids varied widely in which statements they found most supportive.

Tanner expanded the new study to include college students and trained experts from a clinical training program. The results were largely similar and included several interesting findings.

A person’s response to a supportive statement generally has more to do with their own openness to receiving support and how they perceive the other person’s intent, rather than the actual words or phrases used.

In fact, Tanner said “clumsy statements” can often “do more harm than good.” So, simply showing up and expressing your sympathy is probably enough.

A discussion on Reddit drilled down on this point, as people often mistakenly think expressing empathy is important, when in reality, compassion is a far more effective tool. As one Redditor wrote:

People think commiserating on tragedy is the right response, but it is never as good as, "Wow, that sucks." What I mean is if someone tells you their mother has cancer no need to immediately share, "Oh, my mother also had cancer."

As the British Psychological Society noted, more research still needs to be done in real-world situations and across different cultures, but the new study is still a powerful insight into debunking some of the myths about how we can and should be our most supportive selves.