Their Cameras Captured Rare Images The News Media Couldn’t (Or Is It 'Wouldn’t'?) 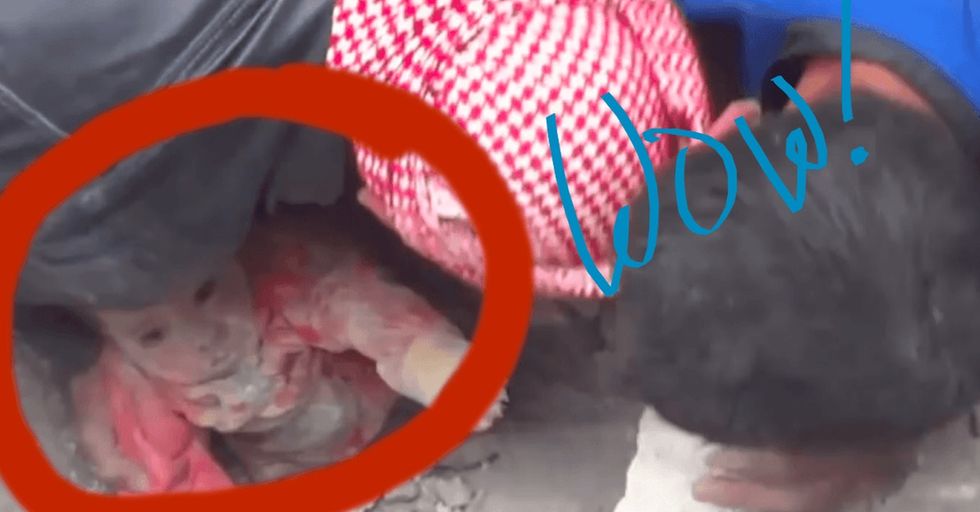 What's your favorite TV channel for stories that actually matter?

Yeah, can we all agree that the vast majority are pretty much doing it wrong? Seems like mainstream media is only obsessed with celebrities and straight up useless junk these days. However, there is some hope for stories that matter.

Around the world, people in the midst of such stories decided to take the reporting into their own hands. Check it out:

What does all of this footage have in common?

It was shot by someone just like you with a camera like the one on your cellphone. That's pretty badass.

Some of these events may sound familiar. Massive protests in Ukraine and Hong Kong got a bit of coverage. The rescue video of the Syrian baby after extensive bombing went (somewhat?) viral. The tragedy of Ferguson is still unfurling. But what about some of the others? How many were on your radar?

Let's look at three of the most underreported events featured in this video.

This past April, farmers in Vietnam were violently forced off 17 acres of land, that they had been farming for generations. Why was this happening? Because the land was to be used for an urban development. The video of the capture represents a triple threat: police brutality, big business, and government overreach —a potent trio becoming far too common all over the world.

This past spring, more than 400 men, women, and children were killed in South Sudan simply because of their ethnicity. The civilians hid in churches, hospitals, and mosques before rebels invaded. Thousands have since left their homes and villages on foot in hopes of finding refuge elsewhere — reminding us that ethnic cleansing is still a thing in 2014.

Somalian immigrants in Nairobi have been fined and locked up in detention centers, where the conditions have been described as similar to concentration camps. Men, women, and children — who even have the proper paperwork — are being detained and deprived of food, water, and medical treatment. Why? Because the Kenyan government is labeling all Somalians as terrorists and thus imprisoning and fining any Somalian living in the country.

BUT! Beyond the atrocities, war crimes, and abuse, you do see something else through the imagery of protests and struggle — the power of the human spirit to demand for change. Some would say these videos themselves are a fight against the powers that be!

Thank goodness for citizen journalism. But, as the Human Rights Channel's article puts it, we are reminded that "video is only one tool in the struggle for justice." Please continue onto the HRC's website to learn more about what has happened and, more importantly, what's being done in all 17 events featured.

Consider sharing this so that these images and voices are not forgotten.