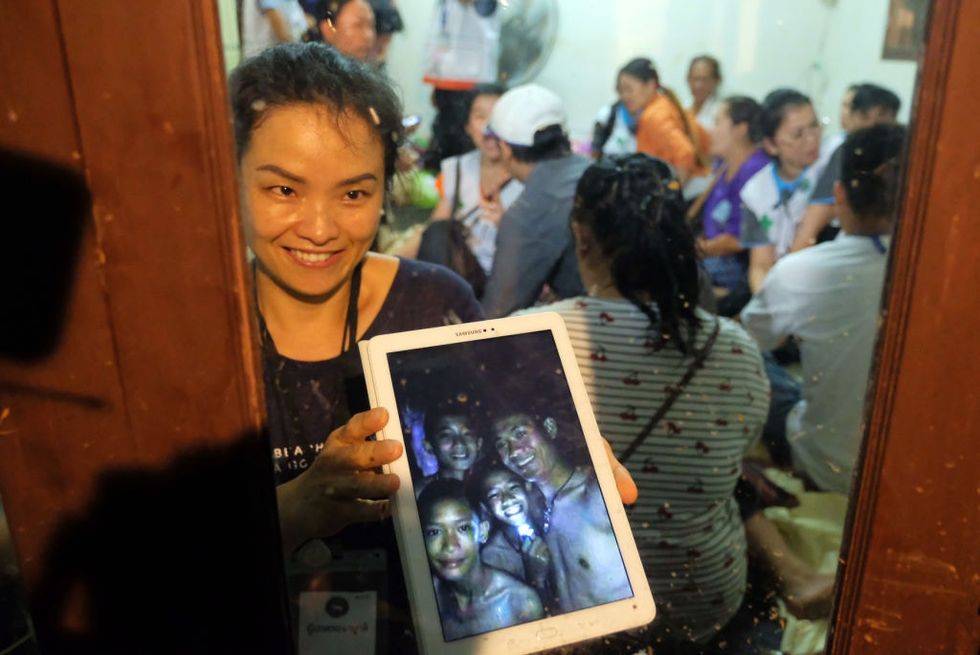 10 days later, they were celebrating.

"We found all 13 safe," said Chiang Rai province Gov. Narongsak Osatanakorn. "We will take care of them until they can move."

The group had disappeared after a flood trapped them inside the cave. Rescue workers searched around the clock, but as time went on, the odds of finding the boys alive seemed slim.

The desperate search began when a mother of one of the boys contacted authorities after her son failed to return from soccer practice.

The story quickly gained worldwide attention, and rescue workers descended on the area offering to help. A group of monks even took up residence outside the cave, holding a vigil. However, the heavy rains and flooding slowed recovery efforts.

According to Osatanakorn, the kids (ages 11-16) and their 25-year-old coach had managed to secure themselves on a narrow dirt mound sometimes used by cave explorers for safety when navigating rising water levels.

"We found them safe," Osatanakorn said. "But the operation isn’t over."

Finding the missing kids and their coach was the first step. Rescue workers say they will have to be careful in figuring out how to get them out of the cave. Not only do they have to work around any potential injuries, the kids presumably haven't eaten for days and may not be able to pull themselves out of the area.

Thai Navy SEALS posted a photo to their Facebook page showing divers as they continued to make attempts to reach the kids and their coach, with a translated caption saying they were bringing food and water to the stranded survivors.

Though the challenge isn't over, it's a huge relief in what appeared to be a tragic story.

Rescue workers, religious communities, and ordinary people came from around the world to find and help these missing kids. And though the mission continues, finding of these boys alive despite such dangerous conditions gives families and onlookers plenty of reason to celebrate.