So, You Voted For President Obama...

We wrote a letter, just for you... 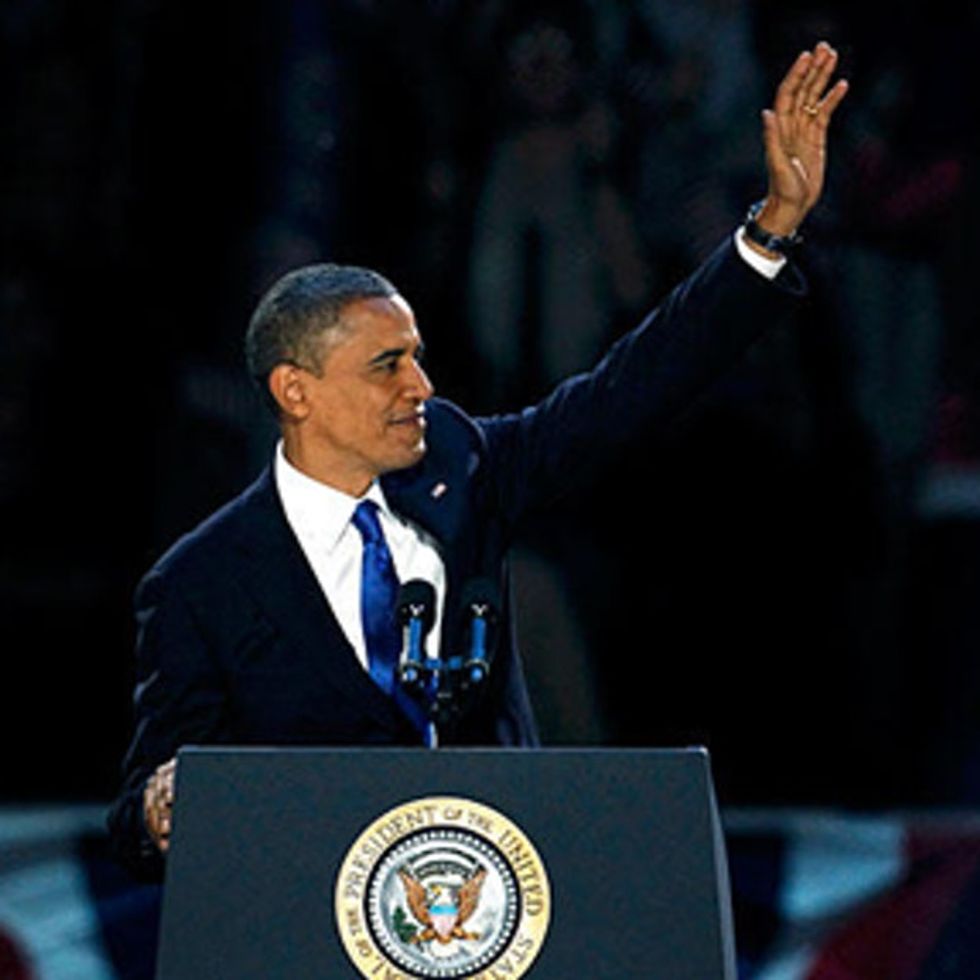 First of all, congratulations. Take a moment to bask in the glow of a victorious candidate...

Now that an agonizingly long presidential campaign that saw 3 billion dollars spent slinging mud, running nonsensical doomsday ads, and sending canvassers to your house during dinner (and it is always during dinner) has finally come to a merciful end, the temptation to check out completely is probably pretty strong right now. In fact, We'll bet you're thinking of clicking away from this page right now, aren't you? We'll drop in a baby animal to keep things interesting. Look at the ticklish baby polar bear!

Adorable. Now, as we were saying, the option of tuning out things that matter for a while is probably looking pretty good right about now, and understandably so. Which is why we're here to give you a few compelling reasons not to.

1.) First of all, we're not doing so good on the climate change front. And when I say "we," I don't mean the Obama administration or the United States as a whole — I mean us as a species. The latest International Energy Agency report indicated a poor showing for the nations of the world in terms of progress towards global climate goals. It appears we're now leaving "my kids can deal with it" territory and entering the realm of "actual consequences within our lifetime." Both major parties were disturbingly silent on the issue during the campaign, which means it is once again up to the people to make sure Obama's long overdue mention of climate change in his election night acceptance speech isn't the last we hear of it for the next four years.

2.) America is an equal nation (if you're a straight, white dude.) But there's a long way to go for equality if you're gay (or anything remotely related to livin' the rainbow life). Or from another country. Or have brown skin. Or speak Spanish. Why is it that in 2012 only a tiny percentage of Americans know what it feels like to truly have every opportunity open to them? We should've had that on lock DECADES ago.

3.) We still have millions of people locked up for hundreds of stupid reasons. America locks up more of its citizens than any other country in the world. There's still a long way to go for the nearly half a million Americans in jail right now for drug offenses, for the victims of gun violence and their families, or for the targets of racial profiling and discrimination. But we don't have to wait for the next mass shooting or Trayvon Martin case to speak out and do something about it.

4.) You know what would be even cooler than ending the war in Afghanistan in 2014? Ending it now. Also, ending the program of drone warfare that routinely kills innocent people with flying hellfire machines. We should probably (by probably, we mean definitely) close Guantanamo, say, yesterday. And defending a nation without invading its citizens' privacy can't possibly be that hard. There are still far too many people dying in our wars around the world for us to just sit back and talk about how awesome Seal Team Six is.

And the list goes on. But you get it. Democracy isn't something that happens to us every four years. It's an ongoing process, and if we truly want change, we need to actively participate in that process each and every day. In the past, far too many voters have made the mistake of looking at a victory for Team Red or Team Blue and thinking to themselves "Hey, my work here is done." But we know better now, and we know you do, too.