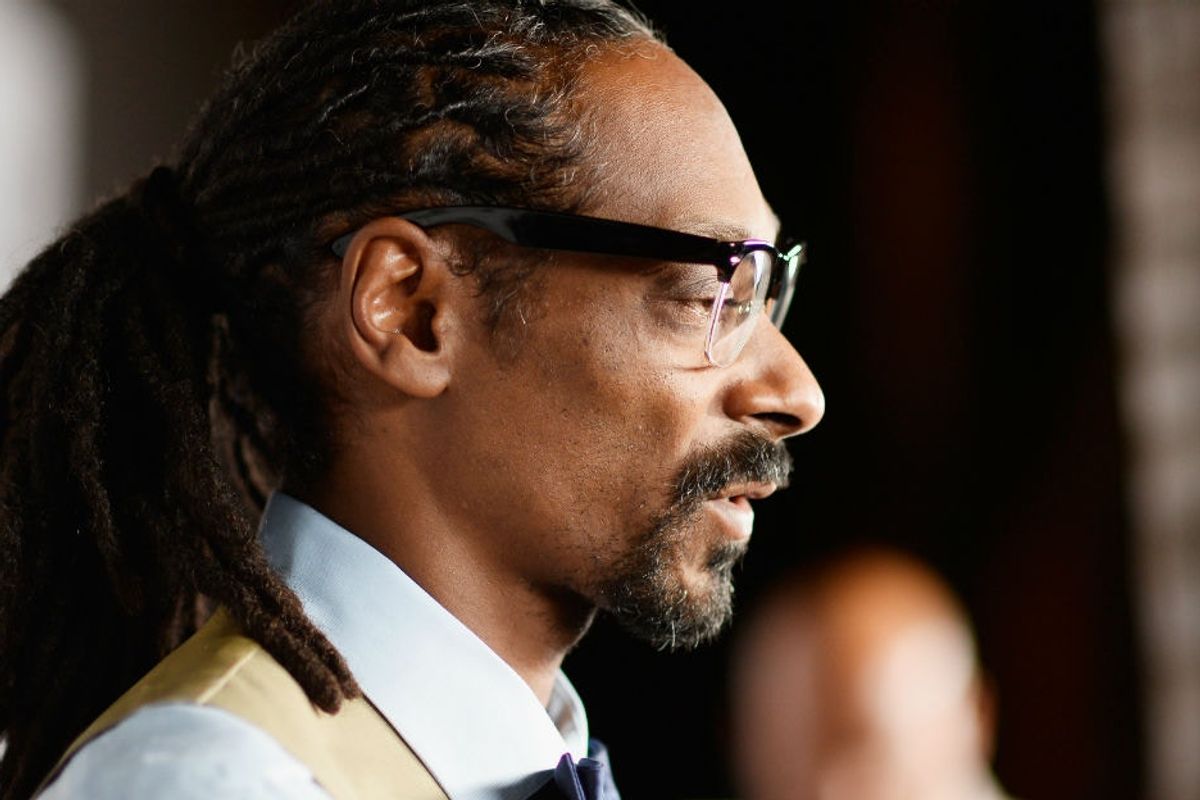 It turns out addressing Kobe Bryant's "complicated legacy" is, well, also complicated. Snoop Dogg recently apologized to Gayle King for comments he made following an interview where the journalist spoke to Lisa Leslie about Bryant's rape allegation – an interview which King also apologized for.

A clip of an interview between King and Leslie, a friend of Bryant, was posted on CBS's Twitter account. In the clip, the "CBS This Morning" co-host asks Leslie about the 2003 sexual assault charges against Bryant. Bryant's case did not go to trial. Bryant also issued a statement acknowledging that while he believed it was consensual, the woman did not see it the same way. Leslie told King that Bryant's legacy was "not complicated" for her "at all," saying she had never seen Bryant "do something to violate a woman or be aggressive in that way." The clip ends with Leslie telling King, "I think that the media should be more respectful at this time."

King received backlash for the clip, with many accusing King of trying to take down a black man who wasn't around to defend himself against 17-year-old allegations. Even Snoop Dogg joined in on the pile on, calling King a "funky dog-head bitch" in a now deleted Instagram video. "We expect more from you, Gayle. Don't you hang out with Oprah? Why y'all attacking us? We yo people. You ain't coming after f---ing Harvey Weinstein a-- with them dumba-- questions. I get sick of y'all," he said. "How dare you try to tarnish my motherf---ing homeboy's reputation?"

King later apologized for the interview, saying the 30 second clip wasn't reflective of the full interview. "I know that if I had only seen the clip that you saw, I'd be extremely angry with me too," King said in an Instagram live video. "I am mortified, I am embarrassed, and I am very angry. Unbeknownst to me, my network put up a clip from a very wide-ranging interview totally taken out of context and when you see it that way it's very jarring."

RELATED: In a deeply personal interview, Kobe Bryant once shared how education can combat racism

Now, Snoop Dogg is apologizing to King after speaking with his mother. "Two wrongs don't make no right," Snoop Dogg said in an Instagram video. "When you're wrong, you gotta fix it."

@snoopdogg on Instagram: “Had a talk with my momma thank u mamma 💕🌹 2 wrongs don’t make it right time to heal 🙏🏽💙 @gayleking Peace ☮️ n love Praying for u and…”

"Gayle King, I publicly tore you down by coming at you in a derogatory manner based off of emotions, me being angry at the questions that you asked. Overreacted, should have handled it way different than that. I was raised better than that," he restated. "So I would like to apologize to you publicly for the language that I used and calling you out of your name and just being disrespectful," Snoop Dogg says in the video.

Snoop Dogg's apology is a powerful reminder on the importance of treating others with respect, even if you feel passionate about the issue.