She's the first woman aged 50 to play a Bond girl, and she knows it's a big [censored] deal.

Monica Bellucci is the oldest woman to be one of Bond's love interests. We're so on board. 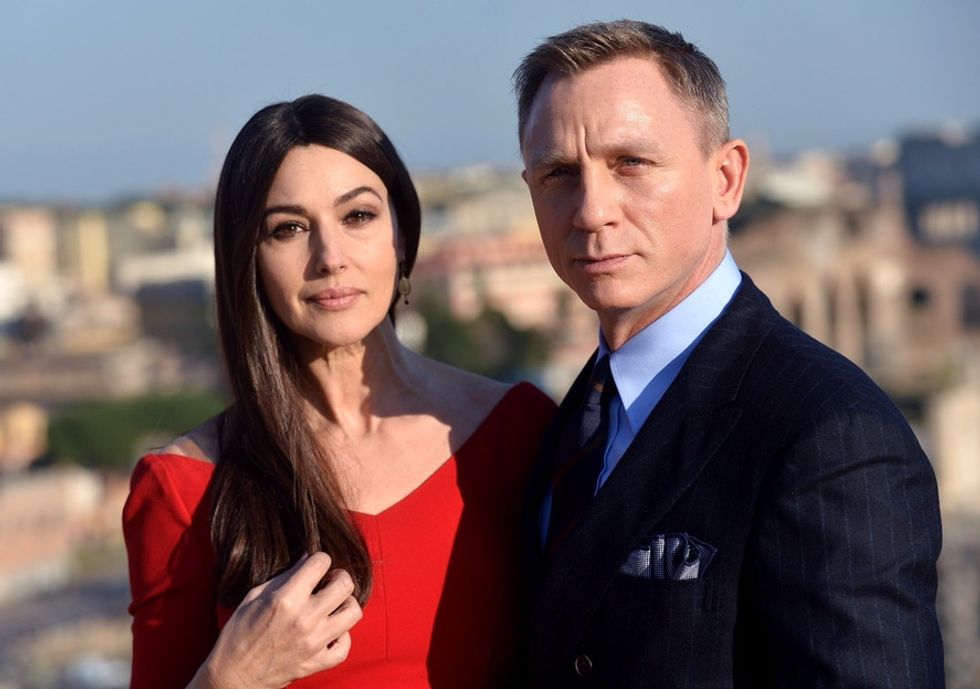 After Meryl Streep turned 40, she was offered three different roles as witches — within the same year!

Coincidence? Maybe ... but probably not.

Winifred is not having it. GIF via "Hocus Pocus."

"Once women passed childbearing age they could only be seen as grotesque on some level," she told Vogue of the experience.

Stories like Streep's are why we are so on board with 50-year-old Monica Bellucci being cast in the new James Bond movie.

The first full-length trailer for "Spectre" was released July 21, 2015. It. Looks. Awesome.

At 50, Bellucci is the oldest woman to play a Bond girl.

"Do I have to replace Judi Dench?" she joked to The Sunday Times about her playing the role. "I told [director Sam Mendes] he would be a hero among women for casting me in 'Spectre.'"

"For the first time in history, James Bond is going to have a story with a mature woman."

Preach, girl (er, woman). It's not just the fact Bellucci has at age 50 landed a coveted role typically reserved for younger gals (although that's wonderful). The age gap between her and Daniel Craig — who plays Bond in "Spectre" — is just three years (Craig is 47).

While Bond has been romantically involved with women closer in age in past movies, the franchise does have a history of pairing the lead actor with ridiculously younger "girls."

Remember when Roger Moore, who played Bond in "A View to a Kill" was older than Tanya Roberts' mother? (Yeeeaah. Awkward.)

This is a big deal because women of a certain age are often overlooked for roles that go to much younger actresses.

The silver screen loves pairing younger women with older men. Take, for instance, actress Emma Stone. She's 26 years old, but — throughout the past year — has had four onscreen male love interests who were over 40.

We're not trying to shame any couple based on age — hey, age is just a number, right? — but Hollywood often sacrifices more realistic, age-appropriate relationships in favor of having more youthful women on screen.

And that means fewer opportunities for women who aren't in their 20s or 30s.

Ageism in Hollywood doesn't just affect opportunities for women, though — it affects their bank accounts, too.

On average, male movie stars reach their peak earning potential at age 51. For women, it's 34. Yeah, that's right. Men in Hollywood enjoy 17 more years of their stock rising, all while their female counterparts watch their values depreciate (rapidly) via their paychecks.

Sure, George Clooney may have to start enduring some "old guy" jokes at the party. But at least his paychecks haven't been shrinking due to those gray hairs of his.

For three years in a row, Tina Fey and Amy Poehler hilariously took advantage of their national platform hosting the Golden Globes to call out the problem.

And — years after walking away from those opportunities to play a witch — Meryl Streep launched a screenwriting lab for women over 40 through the organization New York Women in Film and Television (NYWIFT).

“After decades of ageism and sexism in our culture and in our films, the complex voices of mature women are in danger of being lost entirely," NYWIFT director Terry Lawler said in a statement. "Women must address this inequality by taking ownership of that narrative."

Just like every other group, older women deserve for their stories to be told on screen.

Cheers to Monica Bellucci for adding her two cents to that narrative.