Ron Swanson was a fan favorite. But this actor didn't know the half of how he was helping people.

Is laughter really the best medicine? 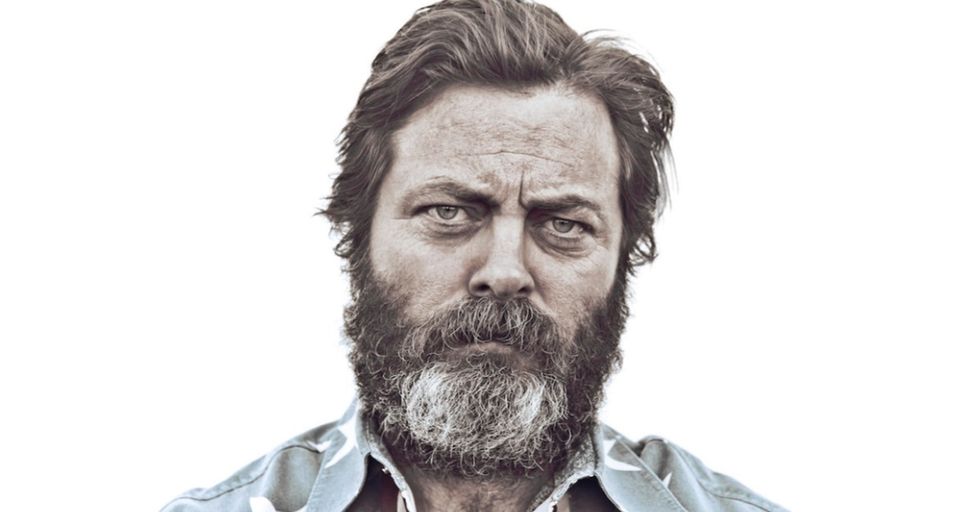 For seven seasons, Nick Offerman made millions of people laugh with his now iconic "Parks and Recreation" character Ron Swanson.

Fans of all stripes found an unexpected hero and a reliable chuckle in the waterfall of testosterone that was Swanson.

GIF from "Parks and Recreation" via Time magazine.

Since the series ended, Offerman has received an outpouring of appreciation. But it's messages like the ones he describes below that really remind him why he loves making people laugh.

So is laughter really the best medicine?

Time magazine's Markham Heid interviewed Dr. Lee Burk who studies the health impacts of laughter. He notes the role of stress in all sorts of health problems and points out that "laughter appears to cause all the reciprocal, or opposite, effects of stress."

Dr. Burk says laughter can enhance your blood flow, strengthen your immune system, and even improve the communication between your brain cells. The Mayo Clinic adds that a hearty giggle can ease pain, enhance mood, and even strengthen our connections to other people, which makes some researchers wonder whether laughter really is the best medicine.

Heid also spoke with Dr. Robert Provine, a neuroscientist who says, "One of the challenges of studying laughter is that there are so many things that trigger it" — things like being around people we're more likely to laugh with. "That doesn't mean the benefits aren't real," says Provine, "but it may not be accurate to credit laughter alone with all these superpowers."

OK, so we may still have a lot to learn about the science of laughter, but even Dr. Provine thinks we should keep it up:

"When we laugh, we're in a happy place. That's always a good thing."

Cheers to that, doc.

With that, here's one last tip: Nick Offerman may be this awesome and caring dude who doles out a "medicine" of sorts with comedy, but be careful taking health advice from Ron Swanson.

GIF from "Parks and Recreation" via Time magazine.

Parenting is the most important job that most people will ever have in life. Your decisions as a parent will be some of the most important determining factors in whether your child becomes a happy and productive adult or not. It's a huge responsibility.

Parenting is a difficult and important undertaking, but many parents simply repeat the same strategies used by their parents. How often do we hear people rationalize their decisions by saying, "That's what my parents did and I came out ok."

This approach to raising children negates the fact that with every generation there are countless studies done on child development, many of which run counter to popular parenting wisdom from the past.

Dr. Kristyn Sommer, who has a PhD in child development, has received a lot of attention on social media because of her dedication to teaching "evidence-based parenting." This expertise has made her an advocate for strategies that run counter to conventional parenting wisdom and have stirred up a bit of controversy.

Here are five TikTok videos where Sommer shares some of her evidence-based parenting strategies.

Keep Reading Show less
parenting
Get stories worth sharing delivered to your inbox
By signing up you agree to Upworthy's privacy policy.
Trending Stories
More