"If you were a tennis player, who would you want to be like?" 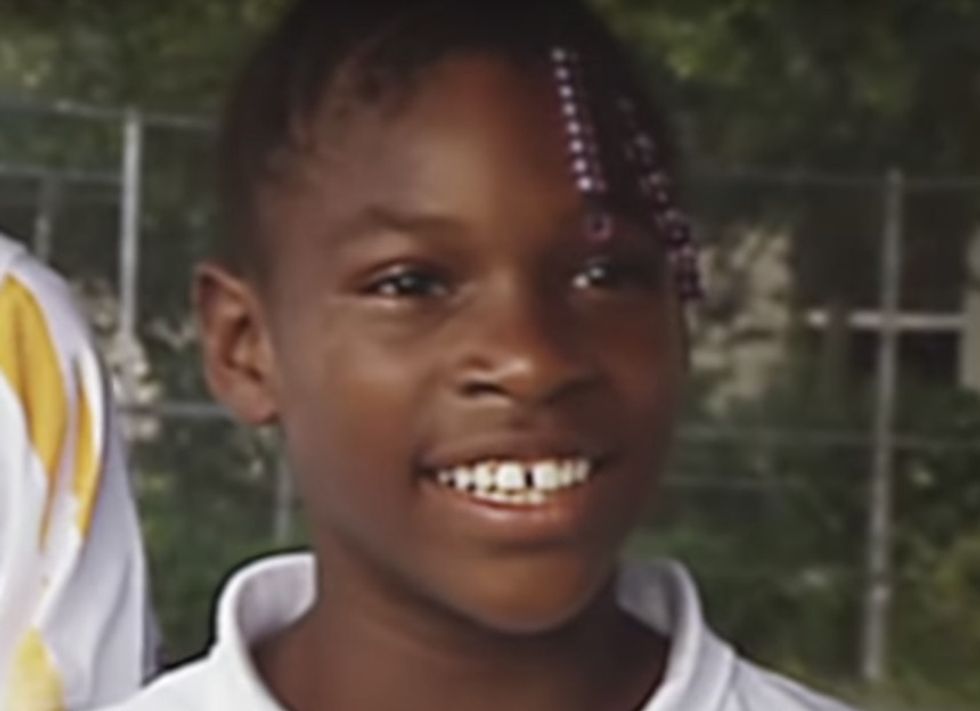 Serena Williams is on the brink of leaving a big mark on tennis history.

On September 8, 2015, Williams defeated her sister, Venus, in the quarterfinals of the U.S. Open. If she ends up winning the U.S. Open (as many are anticipating), she'll be just the fourth woman — and the first black woman — in history to win all four major singles titles in one season.

If you look up "badass" in the dictionary, I'm pretty sure you'll see Williams' face.

Williams is incredible. But she's had an inkling she'd be something special for a while.

In a new ad for Gatorade, footage captures a young Williams — long before she and her sister Venus were renowned tennis players — chatting with an interviewer.

"If you were a tennis player, who would you want to be like?" the interviewer asks.

Williams' confident (and a bit psychic) answer sums up why she's now one of the greats:

If you're wondering where Williams got her confidence from at such a young age, this video of her father defending Venus from an intrusive interviewer should make it clear.

I think we can all agree: Williams has reached that goal, and plenty of people want to be just like her. From raking in millions of dollars in endorsement deals to gracing the covers of magazines (and, of course, starring in sports drink commercials), Williams has become an inspiration for tennis players (and probably even more non-tennis players) everywhere. You can check out the moving ad below.

You could also argue that Williams' influence off the court has been just as profound as her influence on it.

Yes, she wins championships. But she's become so much more than a star athlete.

Photo by Mike Stobe/Getty Images for the USTA.

She's become a champion for body positivity, too. Williams' is a world-famous tennis player, but it doesn't stop people from obsessing over her physical appearance. Stories on Williams ahead of her historic U.S. Open run have often ended up "sexualizing or criticizing her body instead of applauding her unmatched success in tennis," Chicago Tribune's Shannon Ryan wrote.

People have said her butt's too big and that she's built "like a man" — not to mention the not-even-a-little-bit-subtle racism she experiences all the time.

When asked about her haters on "Good Morning America" on Aug. 31, 2015, Williams had the perfect response:

"It's me, and I love me. I learned to love me. I've been like this my whole life, and I embrace me. I love how I look. I love that I'm a full woman and I'm strong and I'm powerful and I'm beautiful at the same time. There's nothing wrong with that."

Williams is proud to be paving a smoother road for future athletes like her.

It's no news that black athletes face unique challenges their white counterparts don't always have to endure — like, for instance, being seen as less valuable to marketers that want to sell desirability and an image "associated with the good life," as The New York Times reported. It's a reality Williams knows all too-well.

But Williams chooses to promote progress over focusing on the negativity so future athletes won't have to face the same inequality.

Keep opening those doors, Serena. The world is rooting for you.

Check out Williams' Gatorade ad below: