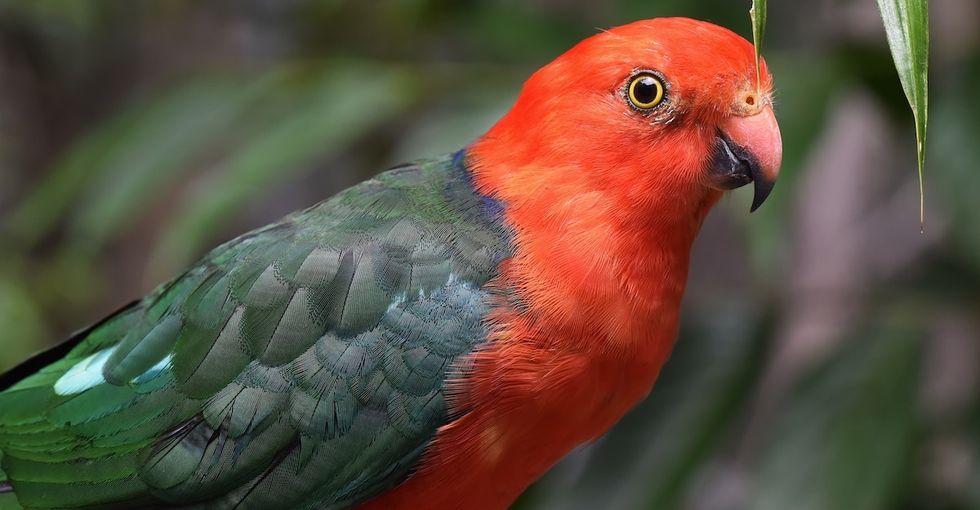 Here's a running list of the things that my guinea pig can do: Run around terrified whenever footsteps approach; squeal loudly in the middle of the night when he feels he hasn't been fed enough, even though he watched me fill his dinner dish literally an hour ago.

Here's a running list of what Mr. Magoo, a BILM (bird I'd like to meet), can do: Override his human's terrible taste in music/home surveillance and tell Alexa "enough is enough, you data-grabbing home invader."

Okay, so maybe he doesn't say it in exactly those words — there's only so many full sentences a parrot can say — but once you hear Mr. Magoo tell Alexa to "stop it," you tell me you wouldn't try to teach your pets the same. (If only to get them to turn off your partner's/roommates/other parrot's awful music selections.)

Now, Listen closely, because if you thought it was just a trick, Mr. Magoo does it again. And in a tone that the most annoyed of us spend years trying to cultivate.

Animals: Entertaining up; inspiring us; keeping our privacy safe! (Well, except for my guinea pig, but we can't have it all.)