People are donating air miles to reunite separated families. Here’s how you can, too. 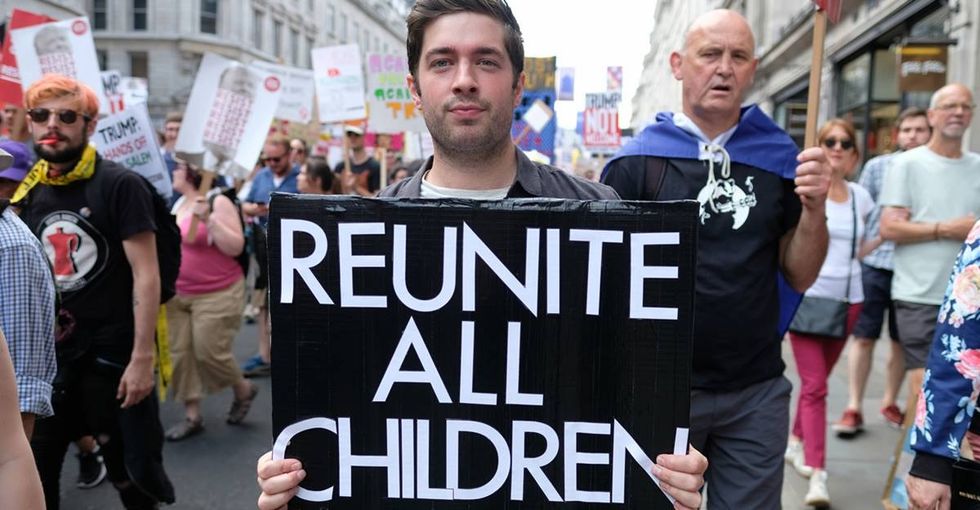 It’s been a little over three weeks since the court-imposed deadline to reunite families separated at the U.S.-Mexico border.

Many of the families broken up by the Trump Administration's “zero-tolerance” border policy are having difficulty reuniting with their children because of the cost of airfare.

According to a report in the New York Times, relatives are required to pay hundreds or even thousands of dollars to cover the one-way plane ticket and a return ticket for an adult escort.

But one viral tweet has been a godsend for many of these grieving families.

On Tuesday, August 7, Beth Wilensky, a professor at the University of Michigan Law School, tweeted that by donating her airline miles, she was able to reunite a 3-year-old boy detained in Michigan and his father with their family.

In just four days, the tweet has been shared over 31,000 times and inspired countless people to donate millions of air miles.

Since this seems to be blowing up: If you have miles to donate, send a DM to @misupportcircle. The other organizati… https://t.co/Fjvvkh9pmn
— Beth Wilensky (@Beth Wilensky)1533575877.0

Once the tweet went out, Miles4Migrants saw an immediate increase in donations. Over the past week, they’ve received more than they have over the past 23 months.

Michigan Support Circle has seen a major increase in donations as well. “At last count, we have commitments from about 175 volunteers,” Rosaline Lochner, Michigan Support Circle's founder, told Business Insider the day of the tweet. “Before Beth's tweet started to spread, we had around 8-10.”

The Trump Administration's “zero-tolerance” policy showed America at its most callous. But because of people like Wilensky and organizations such as Michigan Support Circle and Miles4Migrants, Americans have the opportunity to show compassion in the face of cruelty.

Click here to donate to  Michigan Support Circle or Miles4Migrants.