276 girls were kidnapped by Boko Haram. A year later, where are they now?

They were about to take an exam. That night turned into the biggest test of their lives. 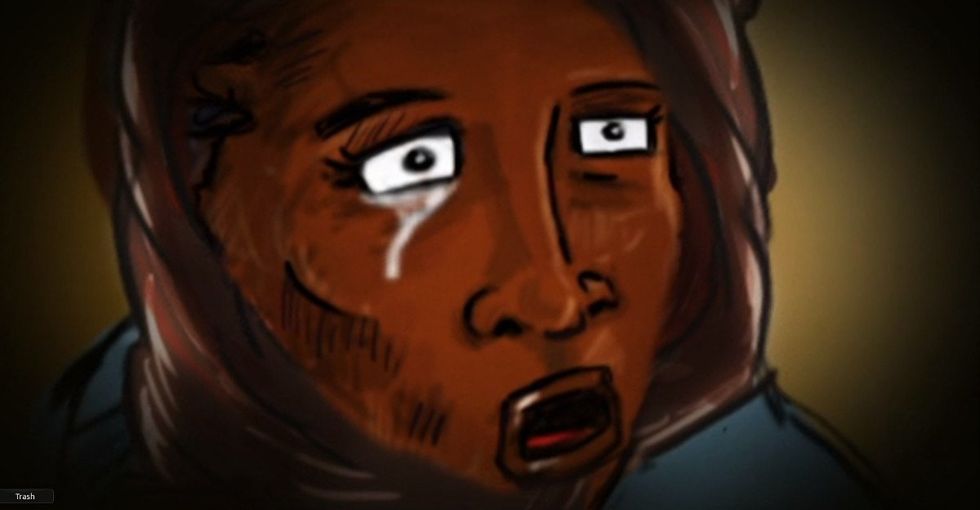 A year ago, they were ordinary students preparing for their final exams.

Then men from Boko Haram broke into their school and took them captive. They set the school on fire and shoved the girls into trucks and cars.

They were terrified. They didn't know what to do.

It's impossible not to wonder:

What would I do?

Some of them — a tiny number of the 276 who were captured — escaped that night.

They ran, for days, without shoes. They just wanted to get home.

Even when they reached their homes and families, they were haunted by the memory of what had happened to them, and by worry for their classmates.

And those other girls... It's been a year now. What happened to them?

Many are still in captivity. Fifty-seven have escaped. Over 200 are still missing.

Women who escaped report forced marriages and sexual violence. Some of them are forced to work for the terrorists. From time to time, one of them finds an opportunity to escape, but the majority of them are essentially enslaved.

People in Nigeria are legitimately pissed off about the government's failure to rescue the girls. And they definitely blame the government for inaction. Over the winter, voters ousted President Goodluck Jonathan in part because of his inaction. It was the first time in Nigeria's history that an incumbent lost to a newcomer.

In frustration with their own government, the families have appealed to the United Nations for help. Nobel Laureate Malala Yousafzai is also calling on the international community to come to their aid. Writing on her blog, she astutely points out: "If these girls were the children of politically or financially powerful parents, much more would be done to free them. But they come from an impoverished area of northeast Nigeria and sadly little has changed since they were kidnapped."

Communities all over the world are planning the Global School Girl March on April 14, 2015, to raise awareness and bring international attention back to the missing girls — and the many who have been captured since.

To find an event near you, check out their Facebook page.

If there's no event near you, you still can help by writing to your elected officials and your country's embassy in Nigeria, and by sharing articles that remind people that this situation is not resolved. Together, surely, we can move the international community to take more action than a hashtag.

To hear about their escapes in their own words, check out this video with amazing animation.