Illinois just banned hairstyle discrimination. And it's all thanks to this incredible mom. 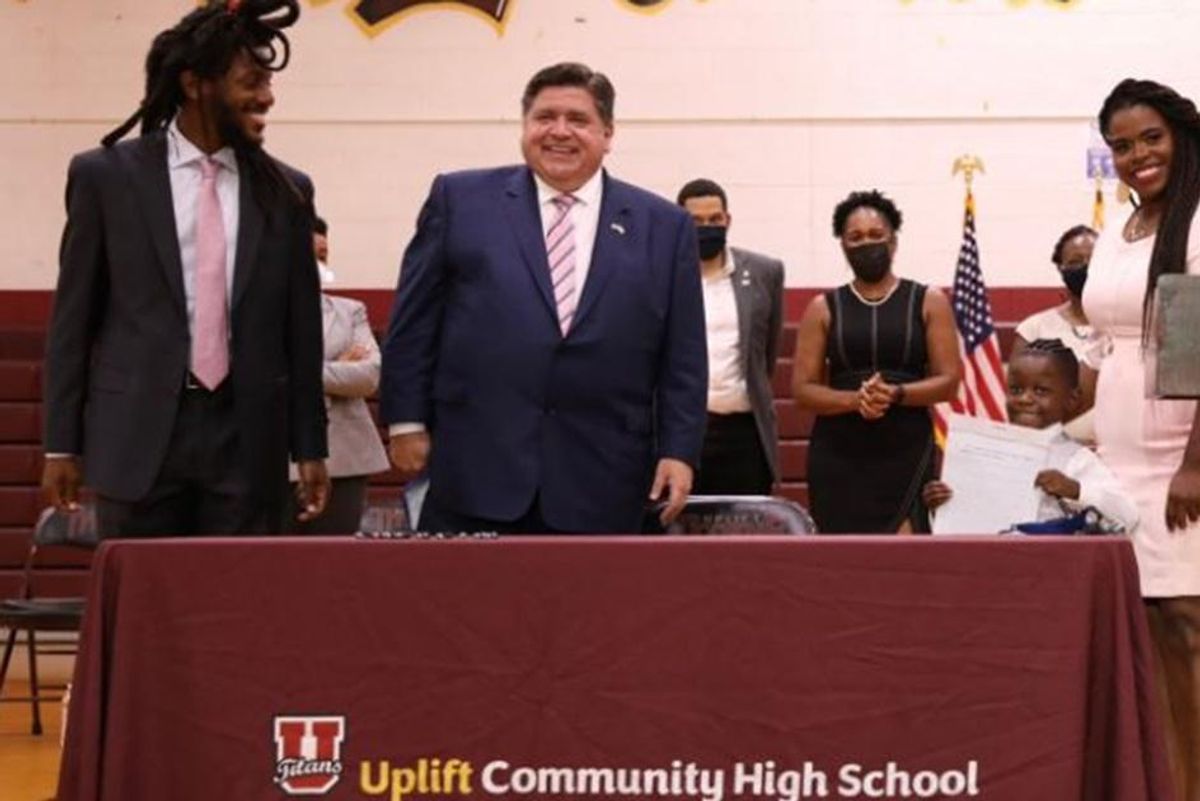 If it is wrong to judge someone by the color of their skin, it should also be unacceptable to discriminate against them for the texture or style of their natural hair. Makes sense, right?

Unfortunately, Black people have had to deal with codes and rules that prevent them from wearing natural, protective hairstyles at school and in the workplace. According to the CROWN Act, Black women are 1.5 times more likely to be sent home from the workplace because of their hair.

Black women are also 80% more likely than white women to agree with the following statement: "I have to change my hair from its natural state to fit in at the office."

Most of the policing of Black hair has centered around protective hairstyles such as braids, locs, twists, and knots. Protective styles are worn to grow healthier, longer hair, and to reduce split ends, knotting, and damage.

It's unimaginable that people have had to face scrutiny for protecting their hair.

Earlier this year, Ida Nelson's four-year-old son, Gus Hawkins IV (affectionately known as Jett), asked if he could put his hair in braids and she was happy to do it for him. "(Jett) was so excited, he wanted to go to school and show the teacher because that's what 4-year-olds want to do — show his friends and his teachers his cool hair," Nelson told Today.

But when he went to school with his hair in braids she was told it was a dress code violation. Jett attends Providence St. Mel School, an independent school in the West Side neighborhood of Chicago that has a predominantly Black student body.

"I said, 'We still have policies related to Black hair in 2021, as an all-Black school? I'm really shocked about that,'" she told Today of the conversation with the school. "We have progressed, we have so much more information. ... I thought surely this school would understand the trauma associated with policing Black hair and absolutely not have a policy like that."

Nelson removed her son's braids and put his hair in a ponytail, prompting another call from the school claiming it was a violation as well.

The conflict inspired Nelson to work with her congressional representatives to pass the CROWN Act in Illinois. The law is in effect in several states and cities and prohibits "race-based hair discrimination."

"I want every last one of my children to learn early what I learned late, which is how to embrace yourself and how to love yourself and that you do not have to change who you are, the things that you were born with ... in order to fit in with anyone else," she said.

On Friday, Illinois Governor J.B. Pritzker signed the Jett Hawkins Law into effect which prohibits the state's schools from issuing rules regarding hairstyles historically associated with race and ethnicity, such as braids and twists. It also requires the Illinois State Board of Education to provide schools with educational materials to teach about protective hairstyles.

"For decades Black people have had too often their natural and protective hairstyles weaponized against them," Pritkzer said. "This is yet another way that Illinois is making powerful strides in transforming the culture of our schools."

Nelson was on hand for the singing of the law named after her son.

"For us, this is bigger than just hair. Our hair is an extension of who we are as a race and is deeply connected to our cultural identity," Ida said. "This is one huge step towards improving the mental health outcomes for our children, as it ensures that they will be in healthier learning environments."