Mom has beautiful photo series taken of newborn twins she knew didn't have much time left. 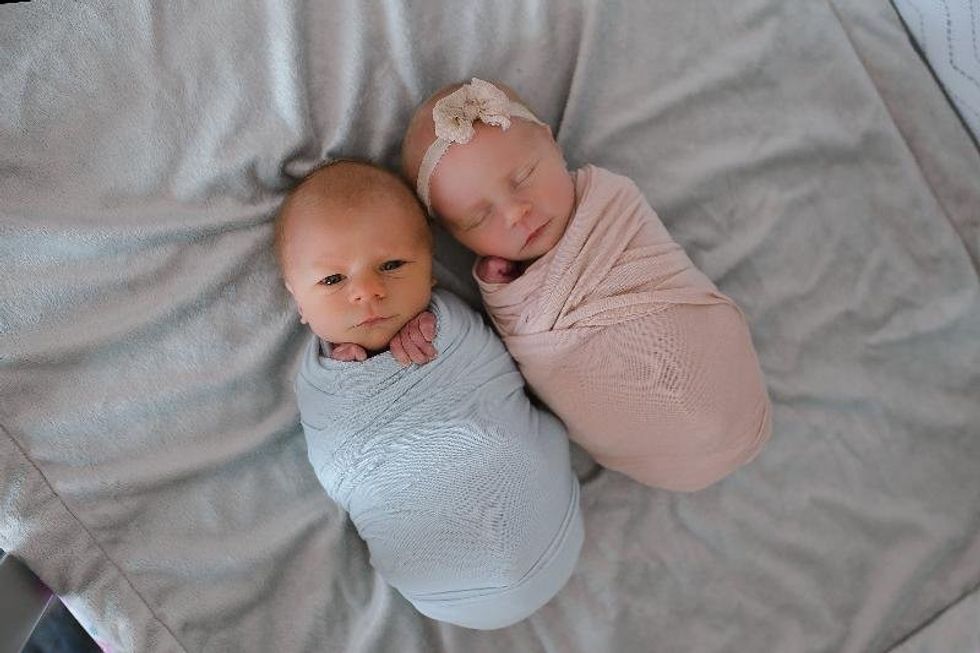 Sometimes an unforgettable memory is worth the heartbreak that comes with it.

Lyndsay and Matthew Brentlinger had been trying to become pregnant for several years and finally had what they thought was a breakthrough success. A local ABC affiliate reports that on December 17, Lyndsay gave birth to twins.

But she and Matthew knew their time was likely to be short with newborns William and Reagan.

“He just had a bunch of abnormalities,” Lyndsay told the station about William’s health. “The left side of his heart was not functioning.”

During the middle of her pregnancy, doctors told Lyndsay that her that the son would be stillborn.

Unfortunately, complications with multiple pregnancies are not uncommon, something her doctors were acutely aware of.

“With twins you have frequent ultrasounds,” she said. “They said we just see something abnormal with the heart and sent me to maternal fetal medicine.”

However, William not only survived his birth but lived for 11 days. Knowing their window would be short, the Brentlinger’s contacted photographer Lindsey Brown to take a set of photos with their twins.

“They were the happiest 11 days of my life,” Matthew said.

Despite having a booked schedule, Brown made room when the couple told her about the urgency of their situation. And the result is quickly going viral, giving other people a better understanding of how precious life can be. It’s also been a healing tool for the Brentlinger family even as they process the larger pain of losing their child.

“I cried the first time I looked at them. I still cry sometimes,”  Lyndsay told the station. “They are beautiful and he is beautiful. In some of them, you can see he is wide awake with his big beautiful eyes. It's something we will definitely cherish.”