Jason Momoa shaved his beard and people are losing their minds. 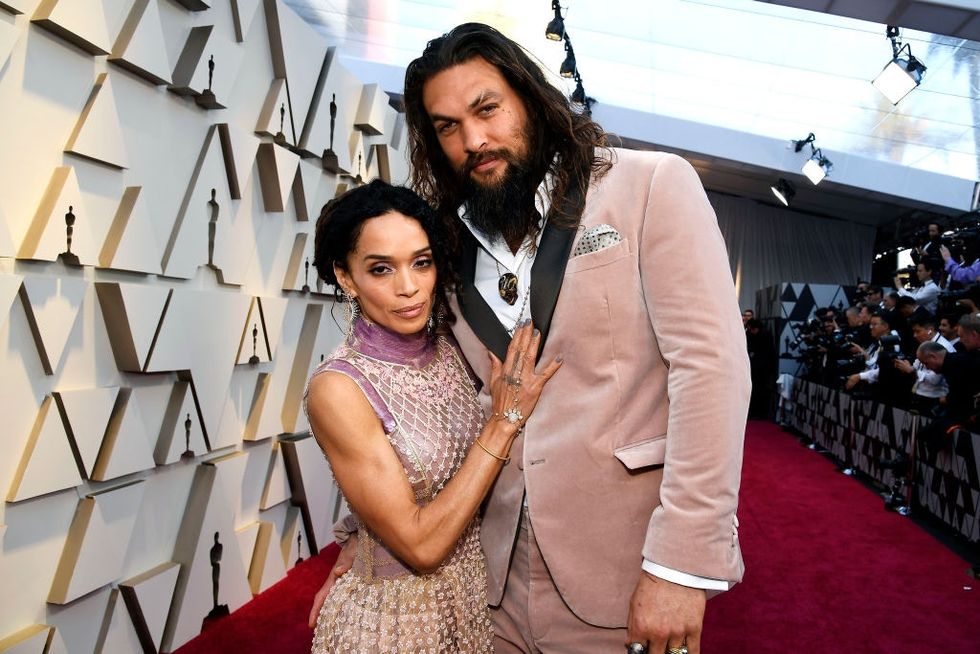 When Jason Momoa shaves, people take notice. The Aquaman actor recently shaved his beard to raise awareness on the importance of recycling aluminum. And spoiler: his chin is just as chiseled as we all thought it would be.

Normally, changing facial hair would be the very least someone could do to raise awareness for a cause. (Wasn’t No-shave November supposed to help out cancer research in some way?) But people are freaking out about finally being able to see Momoa’s chin, so shaving is the best way he could have raised awareness for recycling. Everyone noticed. We’re all listening now.

75% of aluminum is still in circulation even though 100% of it is recyclable, as Momoa explained in the video. “You drink the can and in about 60 days, it’ll be back. 100 percent. Infinitely recyclable,” he said.

Twitter was not happy about the change.But you guys, it’s better to mourn Momoa’s beard than it is to mourn the planet.

Jason Momoa has shaven off his beard. I- we’ve arrived at an interesting point in our relationship and would be e… https://t.co/fdArbRVdyJ
— Stephanie Yeboah (@Stephanie Yeboah) 1555575618.0

jason momoa shaved off his beard because you fucks don't know how to recycle and keep the planet clean. can't belie… https://t.co/vpngOGlTtB
— capsicle (@capsicle) 1555588011.0

I know the redacted Mueller Report is out today, but please don’t let that overshadow the news that Jason Momoa shaved his beard.
— Betsy Hodges (@Betsy Hodges) 1555589433.0

Momoa posted a video of the shave heard round the world on You Tube.

"Goodbye DROGO, AQUAMAN, DECLAN, BABA! I'm shaving this beast off, it's time to make a change," Momoa wrote in the video’s caption. "A change for the better...for my kids, for your kids, the world."Hey, if you want to see change, you gotta make a change."

This marks the first time Momoa has shaved since 2012, so obviously this is a significant moment in history. RIP Aquaman’s beard hair.

“I just want to do this to bring awareness because plastics are killing our planet and I think we have a solution,”Momoa said. “I don’t want to bitch about it [but] there’s only one thing that will really help our planet and save our planet — as long as we recycle — and that’s aluminum.”

Personally, I hate beards, so Jason Momoa shaving and saving the planet is a win-win all around for me. This is for the best. Really, it is.

Before it was corrupted by Hitler, the swastika was a sacred symbol of good fortune.

The swastika is a staple of Diwali in India

Odds are, seeing a swastika invokes only the most unsavory images of hatred, fascism and flagrant racism—both of Nazis and death camps from WWII, and, sadly, of white supremacy groups of today. There's good reason that many note it as a physical manifestation of evil.

However, even if it isn’t widely talked about, it’s no secret that this symbol once had a far more sacred and benevolent meaning among the cultures that actually created it a millennia ago. And as the diaspora of minority faiths continues to diversify the West, these cultures are speaking out in an effort to reclaim the swastika’s original intent. It’s a conversation worth having.

Keep ReadingShow less
good news
Get stories worth sharing delivered to your inbox
By signing up you agree to Upworthy's privacy policy.
Democracy

If the world of Dr. Seuss can teach us anything, it's that history is our best defense against modern tyranny.

This photo was taken of Theodor Seuss Geisel at the UC San Diego Library.

Did you know that in addition to being a beloved author of children's books, Dr. Seuss wrote more than 400 political cartoons during World War II?

Theodor Seuss Geisel, better known as Dr. Seuss, gifted the world with stories like "The Cat in the Hat," "The Lorax," "Green Eggs and Ham," and dozens of other childhood classics until his death in 1991.

In recent years, however, it's some of his lesser known works from the 1940s that have gained attention.
Keep ReadingShow less
Get stories worth sharing delivered to your inbox
By signing up you agree to Upworthy's privacy policy.
Trending Stories
community
Pop Culture