The recent un-whitewashing of these Hollywood roles is adding some much-needed diversity to the screen. 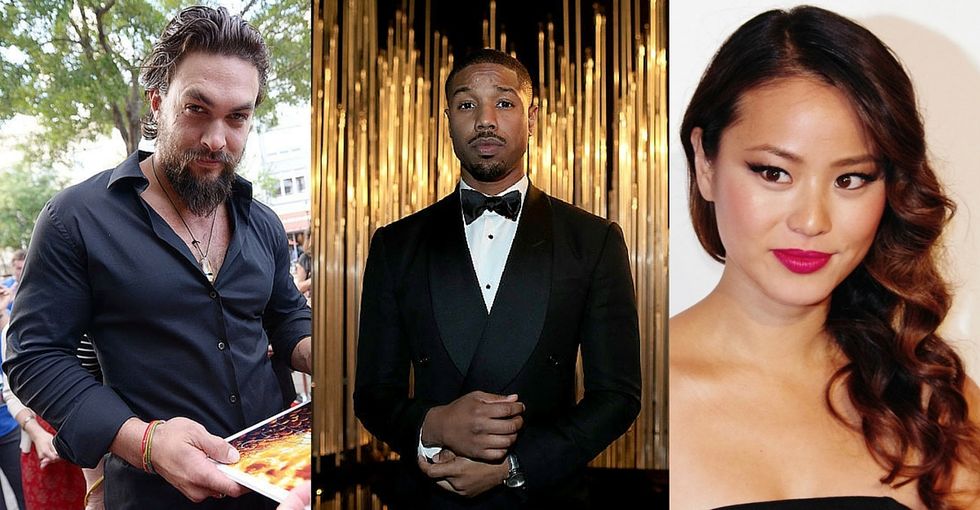 Actress Jamie Chung, who you might know from "Once Upon a Time" and "The Real World: San Diego," just got cast in Fox's popular bat-TV show "Gotham" as reporter Valerie Vale.

On the surface, this might not sound particularly noteworthy — probably because most casual viewers aren't instantly familiar with the character of Valerie or her better-known niece Vicki Vale who's also a reporter (and frequent Bat-romancer).

Chung's casting is notable because we live in an age when white actors are still being cast to play characters of color, while actors of actual color can't even get award nominations for the disproportionate number of roles that are available to them.

The decision to cast Chung in a the role of Valerie Vale is a pretty big deal (and a pretty low bar), but it's even better that it happened in spite of the fact that Vale has traditionally been depicted as a white woman.

Here are a few recent examples of un-whitewashing in Hollywood that's helped to add some much-needed diversity to the screen:

1. Michael B. Jordan as Johnny Storm, aka the Human Torch, in "Fantastic 4."

When Jordan's casting was first announced, there plenty of vocal internet complainers decrying how a black actor like Michael B. Jordan could possibly play the fire-powered flying brother to Kate Mara, a white actress, who played Susan Storm.

The in-movie answer? Adoption. Really. It was just that simple.

2. Idris Elba as Heimdall in the "Thor" movies.

Look, I understand that the descriptor "Norse" tends to invoke images of strapping white men with blond or red hair. But this is a movie series about interstellar spacegods with magical hammers who traverse the galaxy on a rainbow bridge — a bridge that Idris Elba kept a watchful eye on in his role as Heimdall.

Did the fact that Heimdall was white in the comics prevent Elba from convincingly guarding a rainbow galaxy bridge? Of course not.

Following a brief career as a pop star, Chloe Bennet didn't find her first big acting break on the superhero TV show until she stopped using her given Chinese last name: Wang.

While that's an unfortunate testament to Hollywood's problem with race, it's still exciting that we get to see an earthquake-powered superhero, who's also Chinese-American, kickin' ass every Tuesday night.

4. Candice Patton as Iris West on "The Flash."

There's nothing about the character of a reporter who's also the love interest of the eponymous Scarlet Speedster that screams "must be played by a white actor" — or any specific race or ethnicity, for that matter.

Which is good, because Candice Patton rocks it each week as Iris West, Barry Allen's best friend and love interest.

The world of Sherlock Holmes has been altered and adapted a million times over, to the point that we're all pretty familiar with at least one version of it. By casting the eccentric detective's sidekick as a woman, and an Asian woman at that, "Elementary" brought a new, robust, and utterly unique angle to a classic character that we've seen so many times before.

And who doesn't love Lucy Liu?

People tend to make fun of Aquaman for his superhuman ability to speak to fish, rather than, I dunno, the fact that he's usually portrayed as a blond-haired, blue-eyed dude from an island nation that exists beneath the Atlantic Ocean.

In this case, the decision to cast Momoa, a mixed-race actor of Hawaiian, Native American, and white backgrounds is actually more believable than, well, anything else about the character.

7. Noma Dumezweni as Hermione Granger in "Harry Potter and the Cursed Child."

Despite Emma Watson's formative portrayal of the bookish Muggle heroine in the "Harry Potter" movie series, the only explicit physical descriptors for the character in the books was that she had brown eyes and curly brown hair.

When Noma Dumezweni was cast in the part for the highly-anticipated theatrical production, J.K. Rowling herself came to the defense of the talented black actress, saying, "Noma was chosen because she was the best actress for the job. … But what shocked me was the way people couldn’t visualise a non-white person as the hero of a story. It’s therefore brilliant that this has happened."

Admittedly, this one is a little tricky: In his first iteration, Nick Fury was a white guy, and then Marvel created another Nick Fury for their "Ultimate" alternative universe, and based him on Samuel L. Jackson's appearance.

Then they cast the actual Samuel L. Jackson as Nick Fury for the Marvel movie universe and replaced the white comic book Nick Fury with a new black Nick Fury, separate from the other black Nick Fury.

Follow that? No? That's OK. No one really understands it either. But the point is that there's nothing about his skin color that affects his ability to be an awesome super-spy.

9. Dean Cain as Superman in "Lois & Clark: The New Adventures of Superman."

Here's a throwback for ya! Despite his "all-American appearance" (whatever that means), Cain is actually part-Japanese because one of his grandparents was Japanese.

But the fact that we do acknowledge them is the exact same reason that casting with diversity in mind matters.

Opponents of on-screen diversity call this "reverse-racism" or "tokenism" whenever a white character gets "replaced" by someone of a different race.

But that same erasure has been happening to people of color for a long, long time.

When a white actor gets cast as a person of color, effectively "whitewashing" the character, that cycle of erasure continues and fans miss out on an opportunity to see themselves represented in the media.

But when an actor of color gets cast in a traditionally white role? The only way it affects the story or the audience is that it makes us all more aware of how the world around us really looks. In turn, that helps break down racial stereotypes, and opens our minds to greater possibilities — like inspiring a brighter future where the full range of humanity can be seen in every role, on screen as well as off.