Janet Yellen is the first woman ever to be nominated to lead the Federal Reserve, arguably the most powerful economic job in the United States. Her nomination marks a rising tide of strong women in economic policy, from Senator Elizabeth Warren to White House Office of Management and Budget Director Sylvia Matthew Burwell. What's even more exciting are the skills these women bring to the table. As Janet Yellen says at the beginning of the video, "these are not just statistics to me." 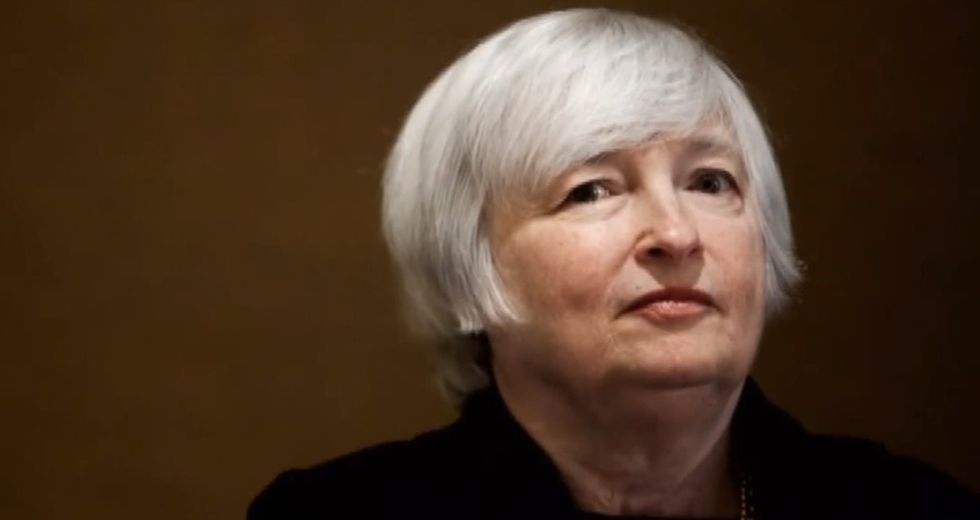 The video didn't mention this, but according to a (fairly sexist) law, her official title will be "Chairman of the Federal Reserve." Can't we get some gender-neutral titles up in here? So let me ask you — what would you want to be called? Chair? Chairperson? Chairwoman? Chairwomyn? Tweet me your thoughts @Ari_Be_Free!

Update: And we have our answer — she would like to be called Chair Janet Yellen (via the Huffington Post).

Disinformation campaigns are prevalent during crises. Here’s how you can protect yourself.

With the COVID-19 Pandemic, Black Lives Matter protests nationwide, and the countdown to the 2020 Presidential election, there has been a flurry of online activity.

We're tweeting about these events, we're sharing news articles about them on Facebook, and we're uploading live videos as events happen during protests. These platforms are being used to communicate, to express outrage, to share what we're witnessing on the streets, to debate ideas, and to campaign for candidates.

This isn't new, of course. Social media has long been a way to get information out quickly.

"When the plane landed on the Hudson, that was one of the first events that was social media first," says Kate Starbird, associate professor in the Department of Human Centered Design and Engineering at the University of Washington. "The news went out via social media first because it was faster. People could actually see what was going on long before people could write a story about it or put it on the news."

Social media has also been lauded as a way for people to get information from a variety of perspectives — everybody can share what they see.

But, she adds, "the problem is that there is some inherent risk and vulnerabilities in getting things at that speed because speed can drive misinformation and mistakes." It's also incredibly difficult to know if all of these voices on social media are real. Some of those accounts might be deliberately trying to spread disinformation.

Disinformation spreads quickly during and after natural disasters, mass shootings, and other dangerous events.

In fact, for more than a decade, Starbird has been researching how misinformation and disinformation spread online during these kinds of crises.

During a crisis, there's a lot of uncertainty and fear, so we start theorizing — or rumoring — on what to do and that rumoring can create misinformation. Then, political actors can either create additional misinformation or amplify existing rumors to spread false information for political reasons. "When there's fear and anxiety, we're acutely vulnerable to politicization, misinformation, and disinformation," she says.

For example, climate science denialists can use natural disasters — such as hurricanes or winter storms — to amplify false information that supports their cause.

Every murder of an innocent person is tragic, but the cold-blooded killing of a child is too heinous to even think about. So when a man walks up to a 5-year-old riding his bike in broad daylight and shoots him in the head in front of his young sisters, it's completely reasonable that people would be horrified. It's an unthinkable and unforgivable act.

His murderer—Hinnant's dad's next door neighbor, Darius Sessoms—deserved to be rounded up, arrested, and charged for the killing. And he was, within hours. He deserves to be punished to the full extent of the law, and history indicates that he assuredly will be. The system is working exactly as it's supposed to in this case. Nothing can be done to bring Cannon back, but justice is being served.

So why is #SayHisName trending with this story, when that hashtag has long been used in the movement for Black Lives? And why is #JusticeForCannon being shared when justice is already happening in this case? Why is #ChildrensLivesMatter a thing, when there's never been any question that that's the case?

Keep Reading Show less
justice
Get stories worth sharing delivered to your inbox
By signing up you agree to Upworthy's privacy policy.
Trending Topics
Trending Stories
best of humanity
Innovation