Here's why trans people are scrambling to update legal documents before January.

There's a lot of uncertainty about what comes next. 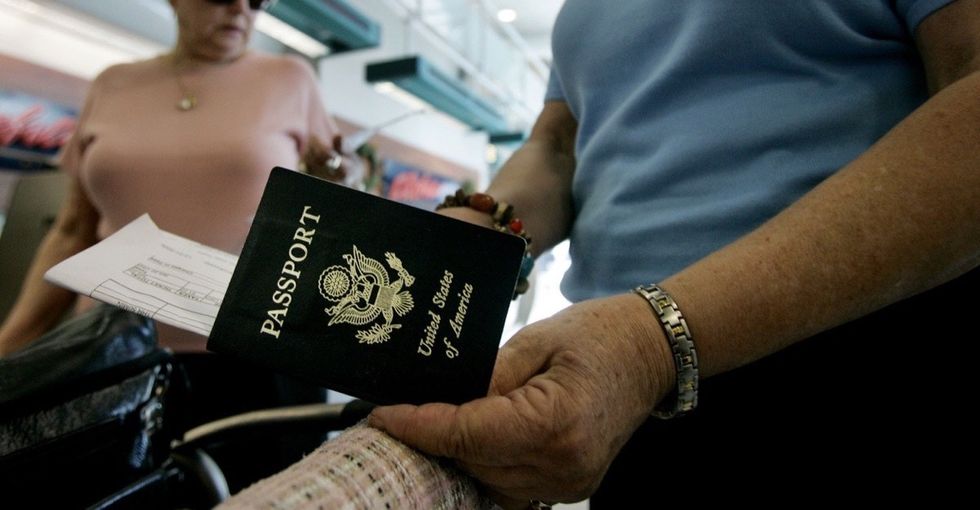 I'm transgender, and I've never had a passport. I've spent the week since the election kind of freaking out.

I don't travel much, so I've never had much use for that particular form of identification. In the week after the country elected Donald Trump, however, I've been frantically trying to figure out how to get one with my correct gender on it because, on Jan. 20, the passport process could get a lot harder for me and others like me.

Having accurate legal identification is hugely important, especially for trans folks, and passports are one of the strongest forms of ID you can get.

When a trans person doesn't have accurate ID, we're at risk of being outed at every turn, putting us at risk for discrimination. In some states, it's still legal to be fired or evicted from an apartment for being trans. And maybe — scarily — we might even be physically attacked or killed for being trans.

Since 2010, trans people have finally been able to update our gender on passports with a simple doctor's note acknowledging that we are trans. Before the 2010 rule change, getting a passport with accurate name and gender information was a difficult and expensive process. Trans people were required to prove they had undergone sexual reassignment surgery, even though it can cost tens of thousands of dollars (often out-of-pocket) and only about 1 in 4 trans people are estimated to have even undergone it.

While issues surrounding birth certificates and drivers' licenses are left up to the states, the updated passport rule from 2010 (which was put in place by then-Secretary of State Hillary Clinton) provides a lifeline to trans people in search of an internationally-accepted form of ID with information that reflects who they are. It's a huge step forward.

Then-Secretary of State Hillary Clinton delivered a speech on the rights of lesbian, gay, bisexual, and transgender people at the UN in Geneva in 2011. Photo by J. Scott Applewhite/AFP/Getty Images.

1 in 3 trans people still lack any form of ID matching their correct gender, and with time running out, allies are stepping up in a big way.

Scrambling to update my documents before Trump's inauguration, I found answers to some of my passport questions in a surprising place: Twitter.

Do I need to get my name changed before I get my gender marker updated? What does the doctor's note have to say? How much does it cost to update my passport? What if I can't afford it?

With just over two months left in President Obama's term, the hashtag #TransLawHelp, started by Twitter user @dtwps, sprung up as a way for trans people who need help updating identifying documents to connect with lawyers, many of whom are offering their services pro bono.

I am a lawyer licensed to practice in NJ and PA who will help you navigate name changes and ID documents NOW #TransLawHelp
— Celeste (@Celeste)1478715841.0

Do u know trans ppl in need of financial support for passport name/gender chnge? Pls refer them to me! #translawhelp https://t.co/5vTXcZ70x1
— Carl Charles (@Carl Charles)1478809177.0

If you need money for passport fees, email me at kendra.serra@riseup.net. I have volunteers. We'll find you the money. #translawhelp
— Kendra Albert (@Kendra Albert)1478724067.0

Within a few days, the website translawhelp.org was launched as a directory of resources inspired by the hashtag.

It's hard to know if President-elect Donald Trump will keep the existing 2010 passport rule in place or not. What I do know is that many of us see this as a situation where it's better to be safe than sorry, as Vice President-elect Mike Pence made it clear in an October interview that the Trump administration will take action to roll back President Obama's pro-LGBTQ policies, guidances, and executive orders.

Knowing what we'll be up against makes what people are doing to help get #TransLawHelp up and running so powerful. It's so reassuring to know that where the government might (but hopefully won't) fail us, there are friends and allies ready to step in and do what they can to help.

The election has been rough for a lot of us, especially those of us with a lot at stake, and it can be easy to lose hope. That's why these moments, where people come together to help one another when they're scared and in need, are so important.

Whether it's the #TransLawHelp hashtag, seeing people speaking out against hate, taking part in peaceful protests, or simply connecting with others to let them know you have their backs, the world becomes a less scary place than it can sometimes feel.

A protest outside of Trump Tower takes place. Photo by Drew Angerer/Getty Images.

My own personal panic, nearly a week removed from Election Day, has calmed into a focus and determination I didn't even know I had in me before the election.

That's all thanks to the outpouring of love and unity and understanding that I found in unexpected places from unexpected people.

I have the resources I need to update my passport — thanks in part to hashtags like #TransLawHelp. I sincerely hope the incoming administration doesn't attempt to roll back the progress that's been made in the name of LGBTQ rights, but if they do, I feel confident there are good people among us who will stand up for what's right.