For struggling teens, the support they need can come unexpectedly — from drama teachers. 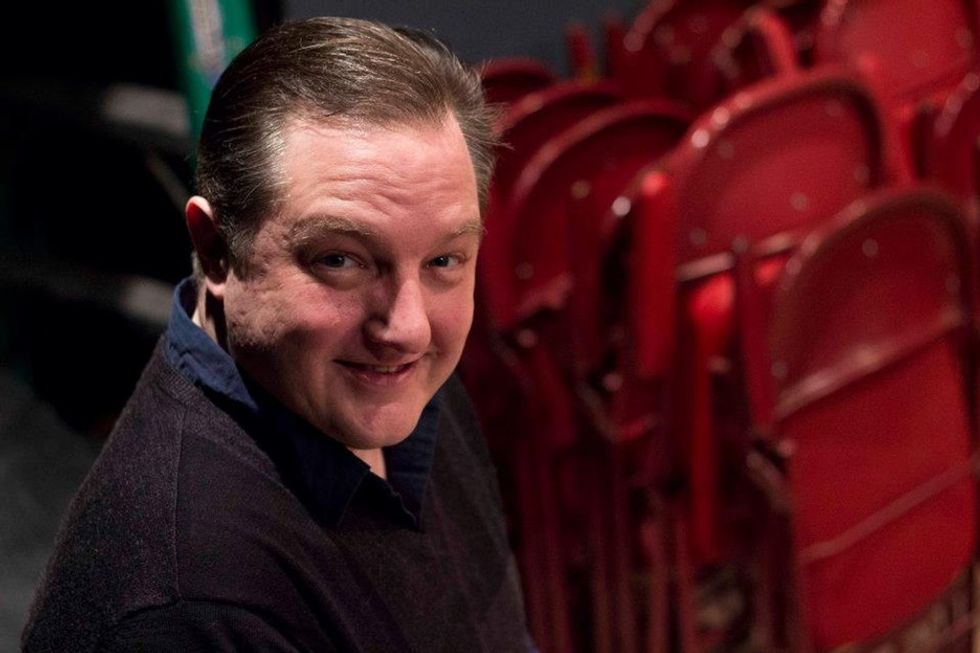 When Kevin Bohl started high school, he felt like an outsider.

He was the new kid in town, and he and his mother had just moved into a tightknit community.

“Everyone knew everyone else. Picture Bedford Falls from ‘It's a Wonderful Life,’” he says. “I knew no one. It seemed that all of the other freshmen had been going to school forever.”

To not feel invisible, he joined the football team — but he only showed up to one practice.

“I forgot to think about whether I wanted to play football,” he explains. “Turns out, I didn't.”

Back at square one, he could have easily felt discouraged — but that’s when he saw the drama club’s autumn production. He fell in love immediately.

The next semester, he signed up for drama, a decision that would not only change his high school experience, but introduce him to a teacher who he would never forget — Mr. K.

“He gave me my first lead role,” Bohl says. “His trust in me, an unknown kid, meant more to me than he will ever know.”

That role not only placed Bohl in the spotlight, it finally gave him the sense of community for which he was desperately looking.

“[Mr. K] was like no one I'd ever met. He spoke to all of his students like adults. We could curse in class, which was utterly scandalous,” Bohl remembers. “And he chose projects that challenged us. He wanted us to think and feel.”

Being given space to think and feel might seem simple — but it can have a profound effect on teens who are just coming into their own.

“High school students have such fraught emotional lives,” Bohl says. “I can't imagine a discipline better suited to [guiding] a teenager through that time than a drama teacher.”

That’s because drama teachers like Mr. K give students much more than stage directions.They provide a safe haven for teens to express themselves and heal.

Roxanne Schroeder-Arce, an associate professor in the UTeach Theater program at the University of Texas at Austin, knows this better than most. She’s an expert in preparing professionals to teach drama in high schools and knows just how important it is for teachers to empower the youth they work with.

“For marginalized youth in particular, theater can be a place where their voices matter,” she explains. “The best theater teachers engage students in the creative process, ask questions, make space for and amplify young people’s voices.”

A teacher who isn’t afraid to tackle the sometimes difficult material that speaks to the kids they’re teaching can have a profound impact on students. The benefits of doing so are undeniable.

With a good teacher, theater becomes more than a fun hobby for kids. It becomes the foundation for better mental health and academic outcomes.

According to the American Alliance for Theatre and Education, drama classes not only improve standardized test scores, they decrease dropout rates and improve self-esteem.

“[Drama teachers] can, and often do, provide empathy for [struggling] kids,” Bohl says. “They can focus students’ disabilities in productive directions.”

With this kind of support, students who participate in the arts are three times more likely to win an award for attendance, directly linking investment in the arts to increased engagement at school. In other words, when students are given a voice, they show up.

“[Theater teachers] encourage young people to think critically, consider their role in the world, how to empathize and engage with others,” Schroeder-Arce says. “[These are] skills that we all need to be effective in our work, in our homes, in our communities.”

Today, Bohl — now 51 — is a working actor in New York, and not once has he forgotten the impression that Mr. K left on him.

“To this very day, there is nowhere I feel safer than in a theater or rehearsal space working on a show,” he says. “[Mr. K was] instrumental in instilling my own belief in my abilities, challenging me to stretch them, and making it safe for me to fail.”

Kevin Bohl in a theater.  Image by Simone Scully/Upworthy.

For Bohl that sense of safety was invaluable. “[Drama teachers] are unsung heroes,” he says.

While Bohl began high school feeling invisible, it was teachers like Mr. K who made him feel seen. And while that might seem like a small gesture, it can make all the difference.

Based on a true story, NBC’s new drama "Rise" has inspired us to look for other real stories about the impact of great teachers and drama classes on high schoolers' lives. "Rise" premieres on March 13 after "This Is Us." Click here to see the trailer for this new show.