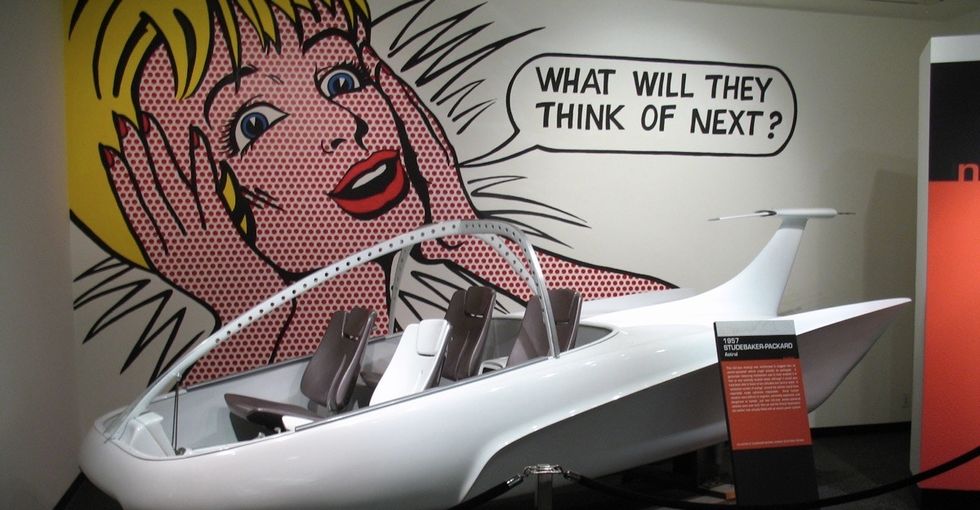 Cars are an expensive — but often necessary — part of life. And electric cars? Forget it.

That tends to be a problem with a lot of sustainable products: the overhead is just too high, even if it does ultimately pay for itself in the long run.

Unfortunately, this still leaves proponents of clean living in a a pickle. The only reason that fossil fuels seem more affordable is because of the infrastructure that's already in place.

How do you get people to make a large-scale shift toward greener transportation (which would bring prices down for everyone) when most of them don't have the cash for that initial investment?

The obvious answer is to just make them cheaper — and that's exactly what France is doing.

At the COP21 Climate Conference in December 2015, French Minister of Economy Ségolène Royal announced a global competition to create a small electric car that will sell for less than $7,500 (about 7,000 euros).

According to Gizmodo and speaking through a translator, Royal explained that her goal is to "create an electric car for the people" — something light, small, and fast-charging that "may not look like traditional electric cars."

To help keep costs down, the French government is encouraging the use of replaceable batteries (not unlike the innovative Gogoro Smart Scooter), which can be easily swapped out and replaced at designated charging stations throughout the country.

Presently, the next-best option in electric transportation (for those of us who can't afford a $45,000 Tesla) is India's e20, which costs around $15,000. The Renault ZOE is also available in France for around the same cost, plus 49 euros a month for battery rentals.

The ultimate goal, of course, is to incentivize the development of affordable, sustainable transportation all across the world.

"The problem arises for other countries: they worry that if we stop the exploitation of fossil fuels, it hinders development," Royal explained in an interview with 20 Minutes (roughly translated in-browser by Google).

"It is therefore imperative to drive down the price of renewable energy to provide these countries the same level of development as the industrialized countries that have reached the using in the past, fossil fuels."

There will inevitably be cynics who question the lack of specifics available thus far in France's cheap electric car plan. But what matters more right now is the country's willingness to take these kinds of risks.

And considering the tremendous strides that France has already made in sustainable development, there's no reason not to take them at their word.

The affordable electric car initiative was only one piece of a four-part plan that will double France's already considerable investments in clean energy.

Clean and affordable transportation is just one step toward a brighter future. But it still makes a difference.

Like I said, the only reason that fossil fuels are cheaper is simply because that's the infrastructure that's already in place. But if that same infrastructure had been established with a renewable, non-carbon-based fuel source, it would cost us even less — without the added bonus of environmental damage.

But because of that infrastructure that's currently in place, the only way to enact wide-scale change is to go all-in and make it happen — and that's exactly what France is doing.

Together, we can create a new global infrastructure that works for the people and the planet, instead of just the pockets of a few corporations.