Ever told your artistic friend they're 'wasting' their talent? Here's why that can hurt, not help. 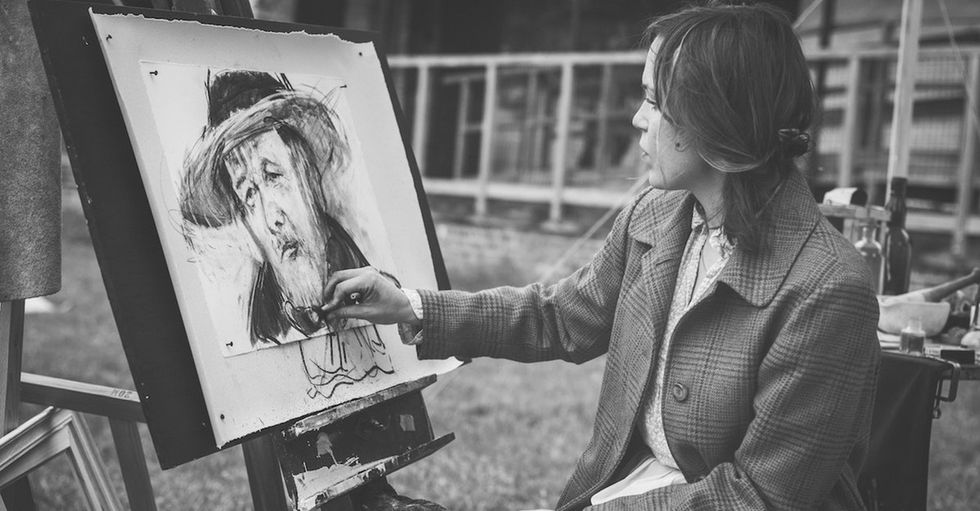 I need good live music only a little less intensely than a caffeine aficionado needs their next shot of espresso.

And woe to the mortal who gets between me and my fix.

In fact, when I go to events with my friends, I usually have to remind myself that they’re also there to socialize, and it isn’t polite to hiss at them when they try to start a conversation with me. I haunt open mic nights semi-professionally, and I played as part of a duo in Florence, Italy, for more than a year while I lived there.

So it often surprises people when I say that I don’t want to pursue a life as a professional musician.

Although singing is one of the great joys of my life, I would never want to make a career out of it. I would get burned out in a matter of weeks, and performing would lose most of its magic for me.

So although performing live music has become an integral part of my life that I can’t imagine giving up, I’m perfectly content to jam out with a band once or twice a week and sing to myself while I do the dishes (or cook, or clean, or walk down the street, or wait in line at the Chinese place).

Creative expression doesn’t have to be serious to be fulfilling; it only has to bring you satisfaction.

Since we’re talking about musicians, my friend Derek is another good example. He went to one of the best art colleges for illustration in the US, but he’s chosen to pursue a career in music instead. At some point he realized that paid illustration work wasn’t satisfying because of the limitations that clients placed on him, but he found the gratification he was looking for in casual expression.

I often forget about his artistic background until I see him sketching, and I’m always blown away by his talent. And the thought always creeps up in the back of my mind: It’s such a shame he’s not using that talent more.

And I always have to remind myself that he is using it, just in the way that he wants to.

My judgmental, hypocritical ass just needs to take a chill pill and stay in my lane.

The musician that I know best, however, is my guitarist, Francesco. When I watch him work, it confirms everything I’ve come to believe about dedication. He lives and breathes music, not just for school or his various projects (like me), but for the sheer joy of it.

It drives him, the way that stories drive me. I have entire folders full of words that burned me up until I wrote them down. Does it bother me that almost no one is looking at them right now? Sure.

But that hasn’t stopped me, because that’s not why I do it. I write to quiet the ghosts in my head, and whether or not I publish another word won’t change that.

So what do you do when you find yourself with a talent that you don’t want to pursue?

Just let it make you happy. It never needs to be more complicated than that.

This story originally appeared on The Feed and is reprinted here with permission.