Customer demands refund from tattoo shop that employs an ex-felon, gets owned instead. 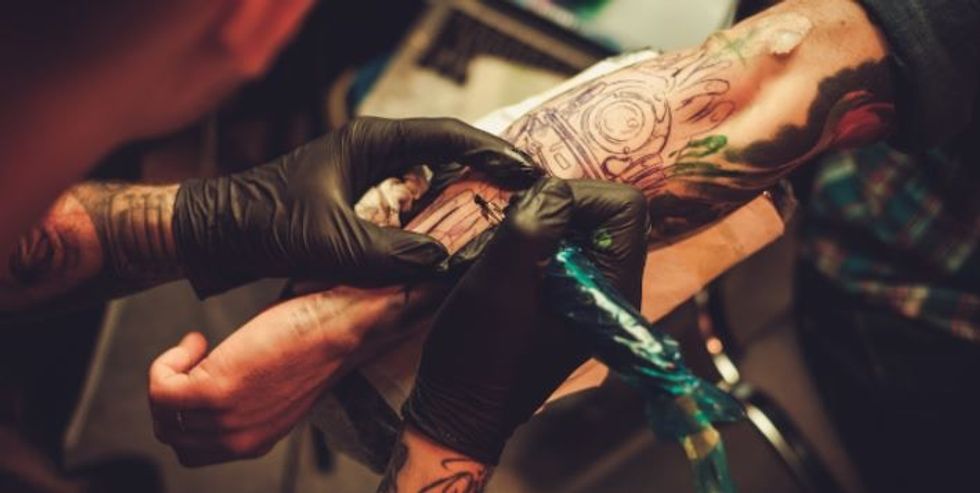 The whole point of a legal system is to ensure that individuals who break or abuse the law are punished, allegedly. Of course, the system is flawed, with many innocent people ending up in prison, and many criminals ending up in government—but I digress.

The point is that "criminals" in modern society are, at least in theory, and depending on the severity of the crime, given a chance to rehabilitate themselves.

And many, many convicts serve time, leave the system and go on to become upstanding members of society—which is more than you can say for most people, who break the law (you've probably already broken one today!) and never do time.

But not everyone thinks people who have been through the system deserve a "second chance" at life, as evidenced by this text exchange between the owner of a tattoo shop and a former potential customer, which went viral on Reddit.'

Umm, wow. I don't know what's more offensive, the term "prison monkeys" or the "10% inconvenience fee." And also, this person is not only mean and out-of-touch, but dumb.

People who have been to prison would obviously make the best tattoo artists, since they have so much free time in prison to devote to stick-and-poke (yeah, I watched Orange Is The New Black).

The tattoo shop owner was not here for this person's out-of-touch temper tantrum. This was their very pointed response:

He won't be coming back after this comeback.

This person didn't get their tattoo or their 10% inconvenience fee, but they did get a painful, skin-deep dragging that will last a lifetime. They also got a lesson—and that's priceless.

This article originally appeared on our partner site someecards and was written by May Wilkerson.