1 in 3 women will have an abortion in their lifetime, so why is there still so much stigma attached to it? 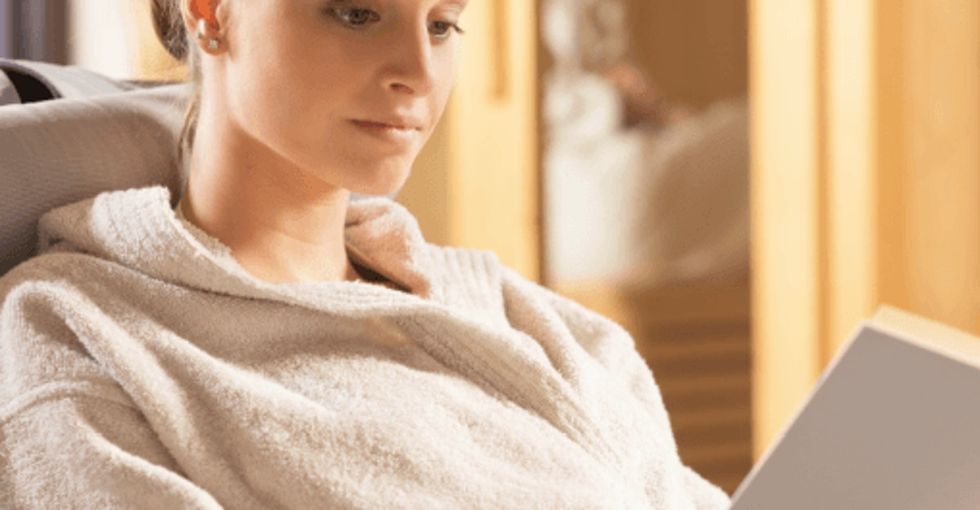 It's been more than 40 years since Roe v. Wade. And it seems like the fight over the right to have an abortion is more intense than ever.

Roe v. Wade is the Supreme Court case that cleared up the question of whether someone has the right to an abortion. As time has gone on, however, opponents of abortion rights have managed to carve out more and more loopholes to make abortion almost impossible to actually get.

The fight against abortion rights has heated up in the past few years.

According to the Guttmacher Institute, there have been 231 new state-level restrictions on abortion since 2011, coming in several forms: bans on abortions past a certain number of weeks, harsh new regulations that make it nearly impossible to keep a clinic in operation, waiting periods, and forced ultrasounds, among other tactics.

On top of all this, there's a massive amount of stigma that comes with having an abortion.

There seems to be a sliding scale of what people view to be "acceptable" versus "unacceptable" abortions, based on how the pregnancy happened.

Reproductive rights activist Katie Klabusich spoke with me on the stigma of abortion.

First, I wanted to know why it's so important to fight stigma.

In response, she explained that not only is stigma harmful to the rights of someone seeking an abortion, but it's also dehumanizing.

"Once we aren't categorizing abortions into 'good abortions' and 'bad abortions' and recognize pregnant people as fully human rather than public property, we can demand widespread access-increasing laws and policies."
— Katie Klabusich

She added that it's stigma that fuels the legal restrictions. If people who have had abortions are afraid to speak up, only the voices strongly against the procedure are heard.

"We're never going to see an end to the onslaught of anti-choice laws and abortion provider harassment and violence until our culture shifts. Anti-choice groups and legislators rely on stigma and the silence it brings to pass harmful laws and dress harassment up in the First Amendment."
— Katie Klabusich

When it comes to fighting stigma, one innovative method comes from Carafem, an abortion provider opening near Washington, D.C., this year.

The clinic hopes to create a "spa-like" atmosphere for its clients and makes no bones about what it offers. The ads say, simply: "Abortion. Yeah, we do that."

Organizations like Advocates for Youth, with their #1in3 campaign, and the Sea Change program collect stories and raise awareness in their stigma-reducing efforts.

Reducing stigma is largely about reducing the shame and secrecy involved with an abortion. By having real people tell real stories of how and why they decided to undergo the procedure, a human face is put on what's otherwise seen as a somewhat cold, hushed act.

Fighting stigma can be as simple as speaking up.

Again, talking with Katie, I asked what everyday people could do to help reduce stigma. She says there are three distinct things people can do to fight stigma.

"If you have had an abortion and it is safe for you to talk to friends and family about your experience, your words humanize what should be seen as a common medical procedure. You don't have to sit everyone down for story time, just refute assumptions by matter-of-factly offering that you have had an abortion and it wasn't at all the way they're describing."
— Katie Klabusich

Create a safe space for people around you.

"Being available to listen is about creating a safe space. One in three people born with a uterus in this country will have an abortion in their lifetime — which means you know people who have had an abortion and people who will have one. When those people in your life hear you call out stigmatizing media and incorrect information being passed around at the office or the Thanksgiving table, you make it clear that you are available to hear and support them."
— Katie Klabusich

"Humanizing reproductive health care is doubly challenging because we have to force our rather puritanical culture to recognize that sex is not just for procreation in a marital bed. For some, admitting that the act that got them pregnant was purely for recreation is a bigger hurdle than admitting they terminated the pregnancy. So, if you're not comfortable speaking out directly on abortion misinformation but are comfortable busting some sexual stigma, that helps too!"
— Katie Klabusich

No matter where you fall on the debate over abortion rights, can't we all agree that people shouldn't be shamed about their personal medical decisions?