Beautiful photos of the Belize Barrier Reef, which just came off the endangered list. 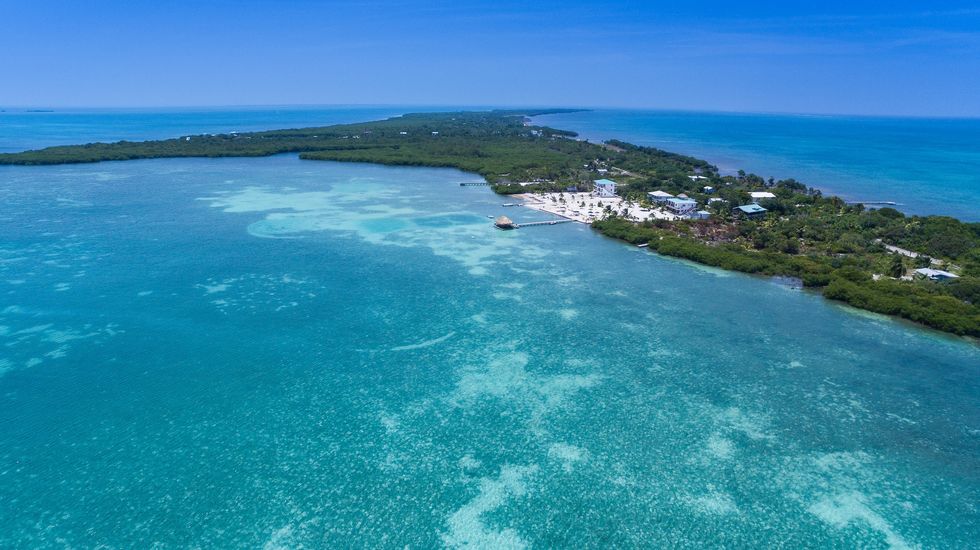 It's a big deal for environmentalists and the people of Belize themselves: After all, it was voters who overwhelmingly (96%) approved measures to ban oil exploration and improve foresting regulations along the 200-mile reef.

"In the last two years, especially in the last year, the government of Belize really has made a transformational shift," said Fanny Douvere, who coordinates UNESCO's marine program.

The reef is home to several threatened species who now have a fighting chance.

The Belize Barrier Reef's ecosystem is an incredible and complex mix that is home to mangroves, coastal estuaries, and lagoons. It's also home to threatened creatures like the marine turtle, the manatee, and the American marine crocodile.

Those waters are also incredibly popular with divers and other visitors. In fact, once it was revealed in 2011 that the Belize government sold off much of the area to developers, activists leapt into action to change that.

Just take a look at this stunning natural beauty.

There's so much more work still to be done, but this is a huge victory.

There's a reason UNESCO listed the Belize Barrier Reef as being endangered back in 2009. Efforts there and along Australia's Great Barrier Reef are vital. Saving our oceans and the creates there ultimately means saving not only our planet, but ourselves.

All across the world there are places like Belize in need of help. It can be dispiriting to see how much damage we've already done to our planet.

However, there are real actions that can be taken to make a difference — and this is a great example.