BADASS WOMEN ALERT: How These Women Are Expressing Themselves In A War-Torn Country

Imagine living in a country undergoing war. The life is, without a doubt, hard — constant worries for the safety of your family, where you'll get your food from, and more. Imagine the effect this would have on your nerves and on your confidence in being able to accomplish your dreams. I am in awe of what the women in this video are doing. They are living their lives despite the hardship of their country, and it is inspiring to behold. 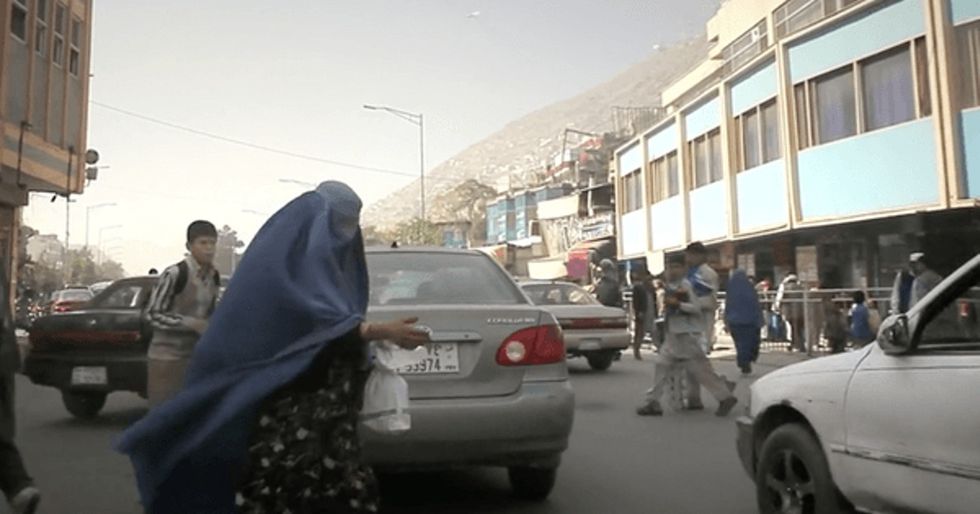 Heather Cox Richardson didn't set out to build a fan base when she started her daily "Letters from an American." The Harvard-educated political historian and Boston College professor had actually just been stung by a yellow-jacket as she was leaving on a trip from her home in Maine to teach in Boston last fall when she wrote her first post.

Since she's allergic to bees, she decided to stay put and see how badly her body would react. With some extra time on her hands, she decided to write something on her long-neglected Facebook page. It was September of 2019, and Representative Adam Schiff had just sent a letter to the Director of National Intelligence stating that the House knew there was a whistleblower complaint, the DNI wasn't handing it over, and that wasn't legal.

"I recognized, because I'm a political historian, that this was the first time that a member of Congress had found a specific law that they were accusing a specific member of the executive branch of violating," Richardson told Bill Moyers in an interview in July. "So I thought, you know, I oughta put that down, 'cause this is a really important moment. If you knew what you were looking for, it was a big moment. So I wrote it down..."

By the time she got to Boston she has a deluge of questions from people about what she'd written.

Dole
Dole Sunshine
Sunshine For All

The organization that helped ban plastic bags in Bali — and beyond

As part of its promise for a brighter world, Dole is partnering with Bye Bye Plastic Bags's efforts to bring sunshine to all.

We could all use more shine this back-to-school season

Some of the moments that make us smile the most have come from everyday superstars, like The McClure twins!

Everyone could use a little morning motivation, so Crest – the #1 Toothpaste Brand in America – is teaming up with some popular digital all-stars to share their smile-worthy, positivity-filled (virtual) pep talks for this year's back-to-school season!

As part of this campaign, Crest is donating toothpaste to Feeding America to unleash even more smiles for families who need it the most.

From Your Site Articles
Related Articles Around the Web
school
Culture

Harvard historian Donald Yacovone didn't set out to write the book he's writing. His plan was to write about the legacy of the antislavery movement and the rise of the Civil Rights era, but as he delved into his research, he ran into something that changed the focus of his book completely: Old school history textbooks.

Now the working title of his book is: "Teaching White Supremacy: The Textbook Battle Over Race in American History."

The first book that caught his attention was an 1832 textbook written Noah Webster—as in Merriam-Webster's Dictionary—called "History of the United States." Yacovone, a 2013 recipient of Harvard's W.E.B. Du Bois medal—the university's highest award for African American studies—told the Harvard Gazette about his discovery:

"In Webster's book there was next to nothing about the institution of slavery, despite the fact that it was a central American institution. There were no African Americans ever mentioned. When Webster wrote about Africans, it was extremely derogatory, which was shocking because those comments were in a textbook. What I realized from his book, and from the subsequent ones, was how they defined 'American' as white and only as white. Anything that was less than an Anglo Saxon was not a true American. The further along I got in this process, the more intensely this sentiment came out. I realized that I was looking at, there's no other word for it, white supremacy. I came across one textbook that declared on its first page, 'This is the White Man's History.' At that point, you had to be a dunce not to see what these books were teaching."

Keep Reading Show less
education
Get stories worth sharing delivered to your inbox
By signing up you agree to Upworthy's privacy policy.
Trending Topics
Trending Stories
best of humanity
popular

He promised to die 'broke.' $8 billion dollars later, the world is a better place for it.

peace
Then, Now, Next

Scientists just discovered the possibility of life in Venus' clouds