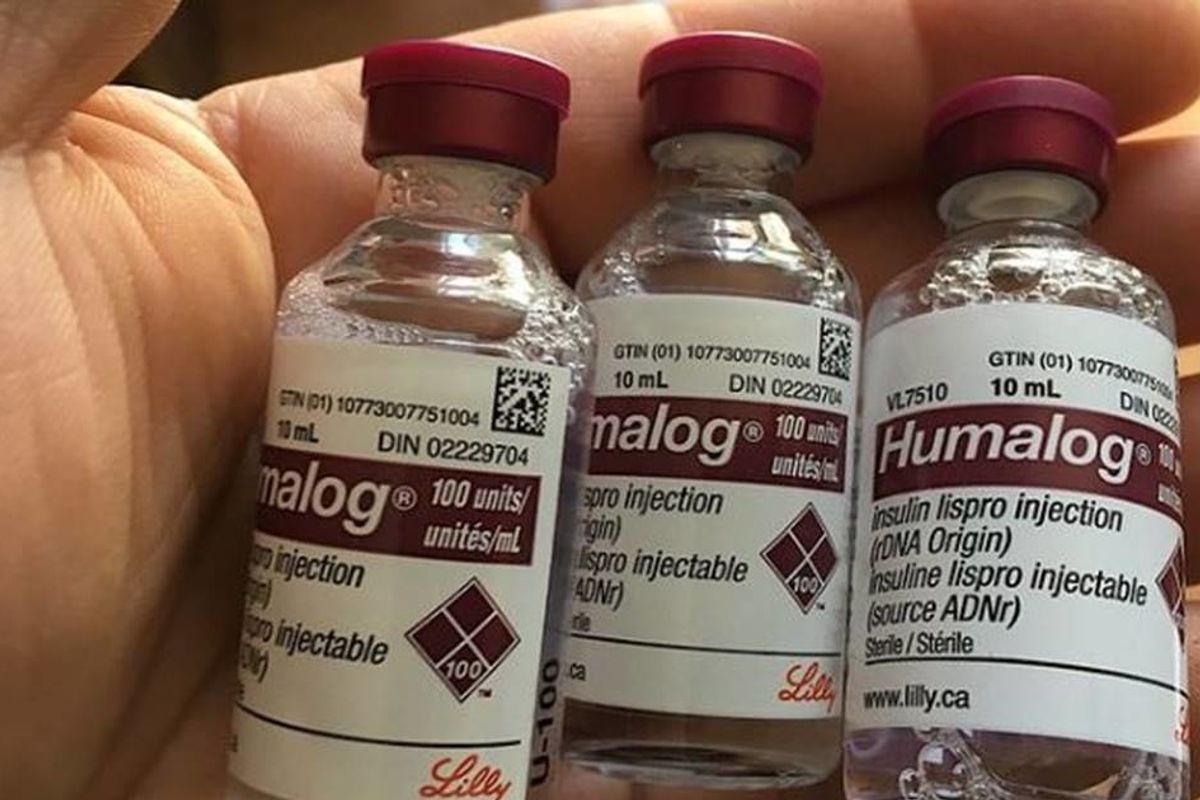 Democratic presidential hopeful Bernie Sanders led a group of Americans on a bus ride from Detroit, Michigan to Windsor, Ontario last month to call attention to one of America's biggest health issues: the out of control cost of insulin.

According to the Centers for Disease Control, nearly 10% of Americans have diabetes and 7.4 million of them must take insulin to survive.

"Americans are paying $300 for insulin. In Canada they can purchase it for $30," Sanders said in a tweet. "We are going to end pharma's greed."

This vial of insulin costs just $6 to manufacture.

At this pharmacy in Windsor, Ontario, it can be purchased for $32. Twenty minutes away, in Detroit, the same exact vial costs $340.

It is time for a government that works for the American people, not drug companies' profits. pic.twitter.com/Uo2T8GG54T
— Bernie Sanders (@BernieSanders) July 28, 2019Bernie's bus load of diabetics aren't the only Americans heading to Canada where the price of insulin is 90% cheaper. According to the CBC News, Canadian pharmacists have seen a "quiet resurgence" in Americans coming to Canada looking for cheaper pharmaceuticals.

The increasing number of Americans going to Canada for cheaper insulin has caused alarm among some Canadians who fear there isn't enough of the drug to go around.

"There absolutely is some degree of risk," Barry Power, Director of Therapeutic Content with the Canadian Pharmacists Association, told The Huffington Post.

"If you look at the disparity in the populations, a small percentage of Americans coming to Canada is a disproportionate increase for services and supplies that are earmarked for Canada," Power continued.

The major reason for the massive price discrepancy is because Canada has socialized medicine and its Patented Medicine Prices Review Board ensures the price of patented medicine sold in Canada is not excessive and is "comparable with prices in other countries."

This family was able to save $10,000 buying insulin for their son in Canada, where the exact same insulin is one-tenth the price.

The profits the drug companies are making ripping off the American people is scandalous, it is outrageous and it has got to end. pic.twitter.com/Rew4ftIo0o
— Bernie Sanders (@BernieSanders) July 29, 2019

The U.S. has a market-based system where pharmaceutical companies can manipulate patents to prevent cheaper, generic drugs from coming to market. They can also raise the price to whatever they want.

Medicare, the nation's largest buyer of prescription drugs, is actually barred from negotiating with pharmaceutical companies.

"They are [raising prices] because they can," Jing Luo, a researcher at Brigham and Women's Hospital, told Vox, "and it's scary because it happens in all kinds of different drugs and drug classes."

The effects of the rise of insulin costs means that one in four Americans who need the drug to survive are now skimping on their use of it because they don't have the money.

"It's an embarrassment for those of us who are Americans," Sanders said while exiting a pharmacy in Canada. "We love our Canadian neighbors and we thank them so much, but we should not have to come to Canada to get the medicine we need for our kids to stay alive, we can do that in America."