A waitress' perfect response to the kid who asked if she was 'a boy or a girl.'

This was the 'stellar parenting moment of the day.' 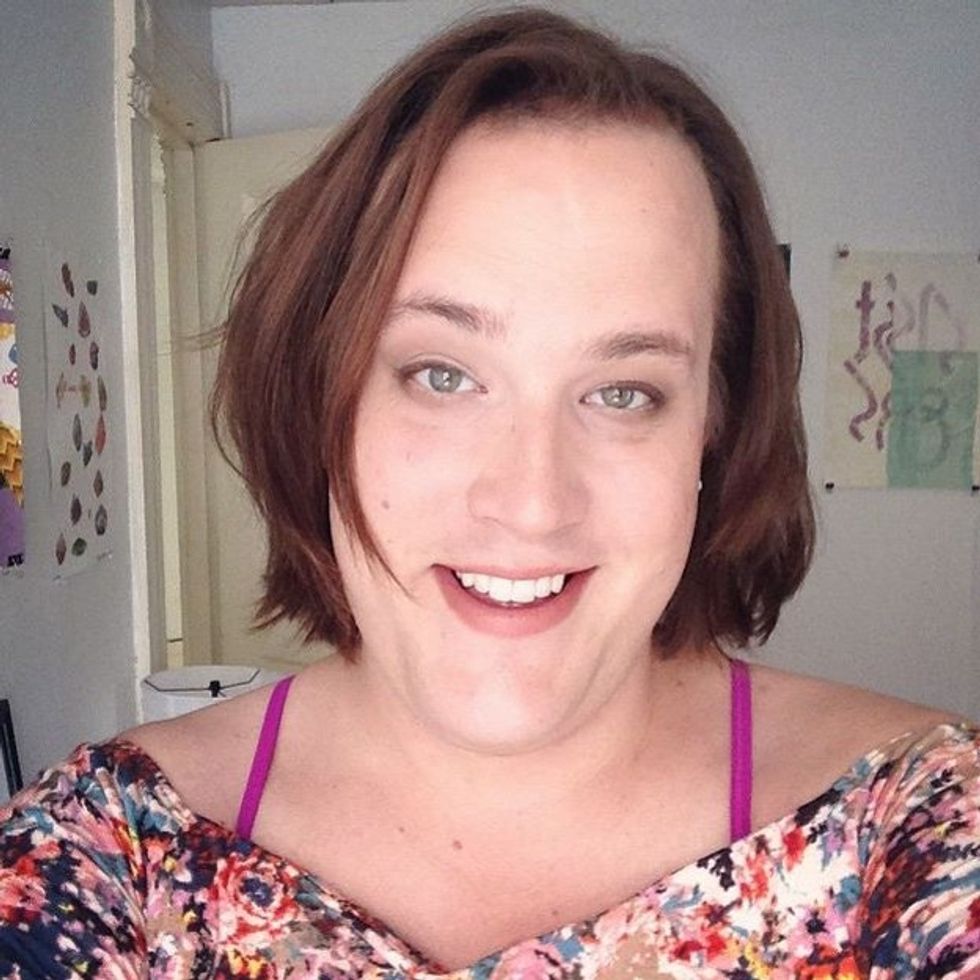 Kids say the darndest things — and ask the most honest questions.

Liv Hnilicka, a waitress who lives in Minneapolis, experienced this firsthand earlier this week during a shift at the restaurant where she works.

Hnilicka, who is transgender, was approached by a man in the restaurant whose young daughter had asked about Hnilicka's gender identity.

The man didn't want to answer for Hnilicka, so he asked Hnilicka instead. Admittedly, she wasn't exactly sure how the conversation would unfold.

"I think I thought, 'I'm so impressed that someone actually asked me how I identify in this straight space,'" she told Upworthy. "This could go really poorly or really great."

And fortunately, we can report, it was the latter.

Hnilicka wrote about the experience on her Facebook page:

"Stellar parenting moment of the day:

This afternoon I was at my waitressing job on a beautiful early fall afternoon. Two parents and their young daughter came in; the tall burly dad adorably scratching his back on the door as they walked in. As I was filling the water station, he came up to me and said, 'My daughter just asked if you were a boy or a girl. I didn't want to speak for you so would you like to talk to her?' I nervously said yes and walked to their table. 'Hi, I like your hair ribbon,' I said. 'I heard you asked if I was a boy or girl. I think the important thing to remember is that everyone can be anything they want to be in this world. And it's also important to try to be the best selves we can be for our family and friends. And even to strangers. So to answer your question, I was told that I was a boy when I was little and now I live my adult life as a girl. It sounds complicated but it's actually pretty simple. Do you have any questions for me?' She looked at me smiling and simply said, 'Nope!'

I walked away from the table feeling really good about parents intentionally engaging their children about possibly difficult topics. And showing that giving people the power to voice their truths in this complicated world is beautiful and healing.

Way to go, mom and dads out there making space for transfolks/gnc people like me. ❤
(Also I made this post public in case you want to share it with parents you may know.)"

The response has been "overwhelmingly positive," Hnilicka told Upworthy.

And one glance at the post's comment section makes that very clear:

While Hnilicka's experience has "brought [her] such joy," there have, of course, been a few transphobic comments in the mix. But Hnilicka was quick to dismiss the haters.

"To me, [a negative comment] speaks to the idea that a lot of people hold disbelief that trans/[gender non-conforming]/intersex people exist at all," she explained of some of the negative comments she's read, most of which were people apparently angered about her pushing some sort of agenda. "But we do. We exist. We are not going anywhere."

Hnilicka's experience may be a seemingly small one. But she hopes it challenges our views of trans people.

Because our collective view of trans people as a society still needs a lot of work.

"I hope that people take away a sense of investment in trans/[gender non-conforming]/intersex people's rights and existence," she said, noting the several hurdles her community faces, like a lack of accessible health care, housing discrimination, and violence. "As allies, we need you to fight for us in solidarity."

And that starts with knowing how to be respectful — especially when it comes to acknowledging someone's gender identity. Although Hnilicka's customer went with a more assertive approach, she recommends people stick to saying something along the lines of asking, “I use she/her pronouns — what pronouns do you use?" instead of just interrogating a stranger about how they identify.

If Hnilicka's story teaches us anything, it's that understanding goes a long way.

Transgender people are our brothers, our sisters, our neighbors, our friends, and depending on who's reading this, ourselves. The lives and stories of trans people are just as valuable as anyone else's. If a curious little girl in Minnesota sparked this amount of good with a simple question, imagine what would happen if we all took a moment to understand others who are different from ourselves?