A study reveals a painful truth behind a story about Chris Rock's neighbors.

Why are Chris Rock's only black neighbors also big-time celebrities? 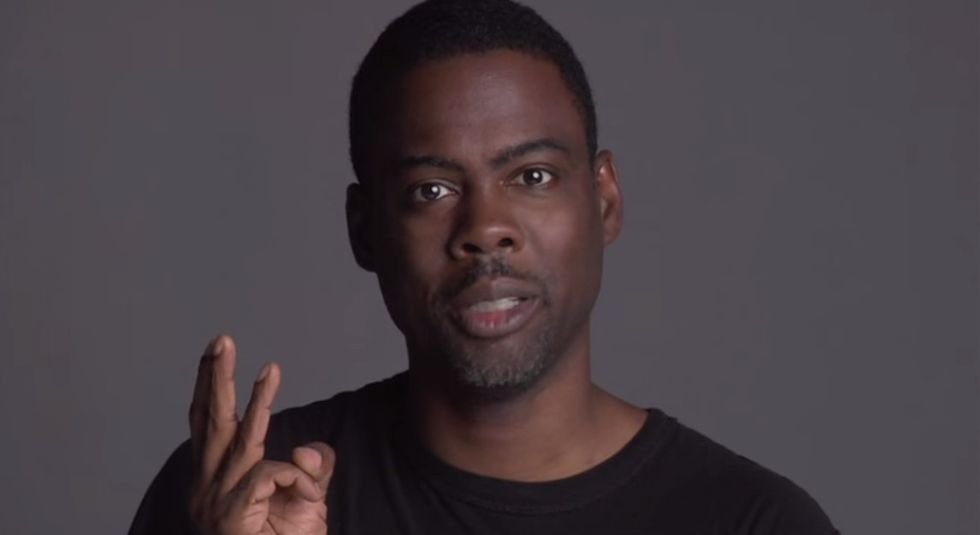 Back in 2008, Chris Rock shared a story about the neighborhood he has the privilege of living in today.

Rock lives in Alpine, New Jersey, a town boasting one of the nation's richest zip codes.

Here are a few of Zillow's featured real estate listings in Alpine. Non-multimillionaires need not inquire.

He was among dozens of prominent African-Americans interviewed for the "The Black List," an HBO documentary that was created in response to "the persistent taint that western culture has applied to the word 'black.'"

In his story, Rock puts some of his neighbors on blast, namely his black neighbors.

You've probably heard of a few of them. Of course, there are very few of them in Rock's neighborhood.

Then he turns the spotlight to the guy who lives right next door to him.

As a comedian, Rock delivers the story with plenty of levity. But a few breaths after he finishes, a kind of heaviness sets in when you get his point and start to wonder:

Why are the only black people who live in Rock's neighborhood people who got rich through phenomenal achievements?

A June 2015 study by Stanford University peers down that rabbit hole and finds what they call a "neighborhood affluence gap."

According to the researchers, "black and Hispanic families effectively need much higher incomes than white families to live in comparably affluent neighborhoods."

And it's even worse for poor families. The neighborhood affluence gap between white and black households earning $13,000 a year is 40%.

The result is that blacks and Latinos are more likely to live in communities where it's harder for people to succeed.

Those neighborhoods are marked by underfunded schools, higher crime rates, fewer job opportunities, and a slew of other social woes stemming from poverty and inequality.

With that in mind, is it so surprising that black families are rare in Chris Rock's neighborhood?

Because even if Rock himself were a successful dentist, like his neighbor, he probably wouldn't be living there.

This was a great interview. Read it here. Photo by Michael Loccisano/Getty Images.