A beloved high school principal is being remembered after giving his life donating bone marrow to a 14-year-old he never knew. 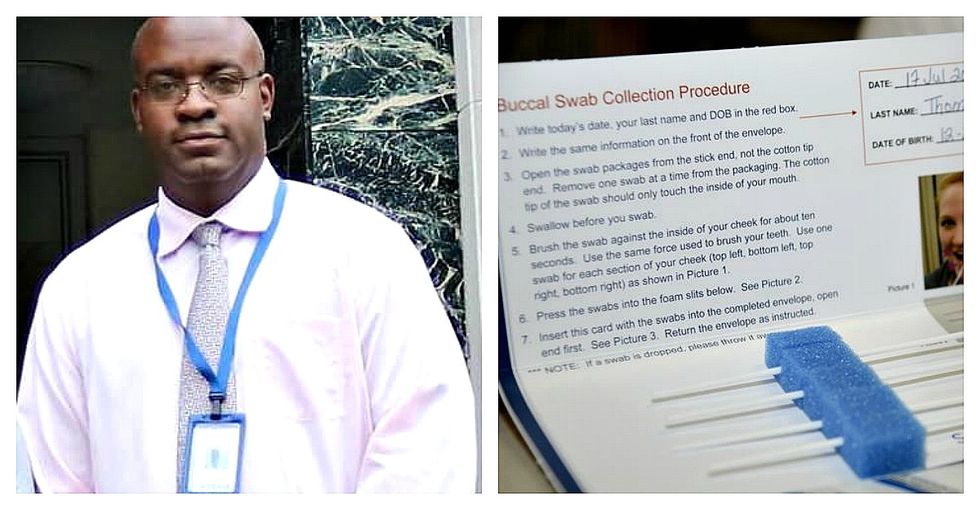 Derrick Nelson, Principal of Westfield High School in Northern New Jersey heroically decided to donate his bone marrow to a 14-year-old boy in France whom he had never met.

Normally the procedure is relatively routine, but Nelson suffered from sleep apnea — a sleep disorder that occurs when a person’s breathing stops repeatedly during sleep — and wasn’t able to go under general anesthesia, the more common method used for the procedure.

During a pre-procedure interview with his school newspaper, Nelson explained that he was initially told he couldn’t donate his blood marrow not only because of his sleep condition, but  also because he carried a certain gene.

“I said well I don’t have sickle cell, but I have the sickle cell trait,” Nelson said to the interviewer. “[The doctors] said, ‘Well if you have the trait, you can’t do stem cell.’”

But the doctor’s didn’t close his file when he told them that — instead, they came up with a modified bone marrow retrieval process — using local anesthesia and extracting cells from his bone marrow.

Nelson made it through the procedure okay, but afterwards, it was immediately clear something was wrong.

“He couldn’t speak,” his father, 81-year-old Willie Nelson, said during an interview with NJ Advance Media. “His eyes were open and he realized who [family members] were. But he couldn’t move. He never spoke again.”

After a month-long coma, which his family expected him to come out of, Nelson died on Sunday, according to NJ.com.

According to his father, they “really don’t know the full story of what happened” to the 20-year member of the Army Reserve.  Nelson is survived by his mother, Juanita, his fiancée, Sheronda, and their 6-year-old daughter.

While what happened to Nelson is troubling, his case is extremely rare. Normally, bone marrow donation procedures are considered very safe.

According to the Mayo Clinic, the most serious risk associated with donating bone marrow involves the use and effects of anesthesia during the removal surgery. Furthermore, local anesthesia is considered much safer than general.

In very rare cases, a person under local anesthesia may experience a depressed CNS syndrome, in which the central nervous system slows down too much. This can lead to a decreased rate of breathing and heart rate and result in cardiac arrest if the blood stops pumping to the heart.

Nelson’s tragic death shouldn’t scare you away from donating bone marrow to someone in need. Your body’s a lot more resilient than you might think, and the benefits to donating far out way the risks.

Joining a registry takes less than 10 minutes. All you have to do is fill out an online form and take an at-home swab test. If you match up with someone, you will be contacted. If you are asked to make a donation, most of the time it is done via stem cell and not bone marrow — the whole process is pretty similar to donating blood.

Your body will replenish itself.

According to Be the Match, the bone marrow donation organization used by Nelson, your cells will replenish themselves in 4 to 6 weeks after the bone marrow removal. This means that you will be back to normal in about two months with no negative long-term effects.

It won’t cost you anything.

All travel and medical costs involving the bone marrow removal are covered, meaning you won’t have to pay anything out of pocket.