3 important lessons to help you find your calling.

Most people don't know what to do with their lives. And that's OK. 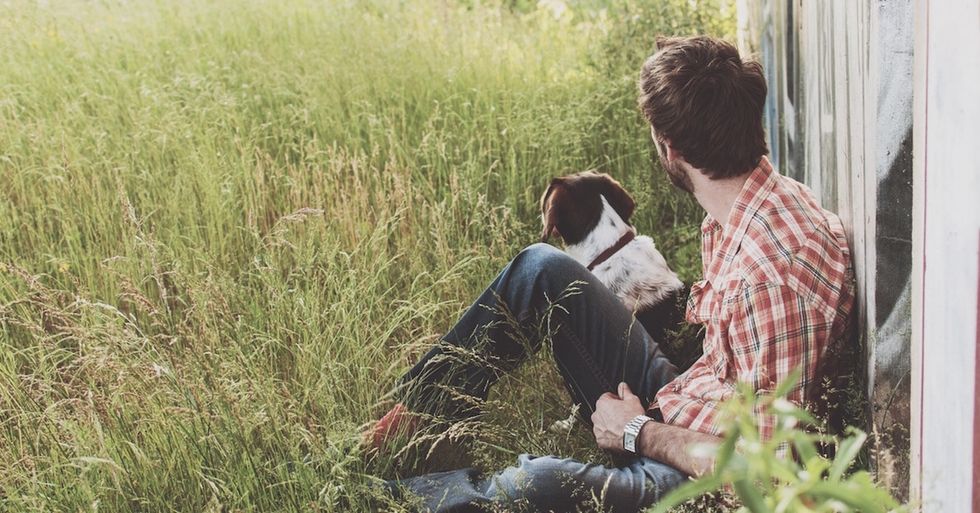 These days, there’s a lot of talk about discovering your dream. Now, more than ever, finding calling seems a god-given right for anyone with a brain and an Internet connection. We all want to do work that matters. But the truth is, the journey to get there can be confusing.

More and more people are unwilling to exchange their ideals for a paycheck. But how does this work practically? The place most of us begin is wrong. We search for epiphanies when, in fact, we should be learning to live with ambiguity. The clarity we seek is a myth.

I’m sure there are people who know exactly what they were born to do, who have had a vision of their life since they were six years old. I’ve just never met them. Most who have a dream struggle to articulate it. They don’t know what it is or what it should look like. Often, all they know is this thing that they’re doing is wrong.

So where do you go from there, if all you’ve got is an itch, a vague premonition of an un-lived life?

That was the question I sought to answer in my book, "The Art of Work." I interviewed hundreds of people, trying to figure out what common themes you can see in the lives of people who have discovered what they were meant to do. Here are three lessons I learned.

"I have never had clarity; what I have always had is trust." — Mother Teresa. Photo by Keystone Features/Getty Images.

The other day, I was on a call with a young woman who was passionate about getting involved in social work — she just didn’t know where to start.

As the discussion continued, she confessed she didn’t know what her calling was. Was this her dream or just another idea? Due to her own inexperience, she was hesitant to name anything too specific. The hardest part of finding your calling, it seems, is naming it.

The problem, though, is we don’t often know what we should be doing until we start doing it. Experience leads to competence, and competence creates confidence. Until you’ve done a few things, it’s easy to hold back from committing to any certain path. It might, after all, end in failure.

But why is failure something to be avoided instead of embraced?

A calling is the accumulation of a person’s life’s experiences, skills, and passions — all put to work. It is, I believe, what you were put on Earth to do, your assignment, if you will. So you should be a little cautious in naming it, of course. But who said you ever had to get this thing right the first time?

Once you name a dream and chase after it, there are major consequences to that. But I find so many of us are wont to name it without taking any action. I’d prefer the reverse: act, then define what you’re doing. We all want clarity before we’re willing to take action, but more often than not, clarity comes with action.

Take your time in coming to the realization of what you were made to do. Hesitation is only natural. But action is not optional.

Lesson 2: Just because it’s hard doesn’t mean you should quit.

"We are what we repeatedly do. Excellence, then, is not an act but a habit." — Aristotle. Photo by Hulton Archive/Getty Images.

I’m wary of people who can name their dream immediately without having had any real experience with it. The flame that is fast to light is also the quickest to burn out.

Although you occasionally encounter rare cases of people knowing what they were meant to do since childhood, most struggle with the clarity concept. But what if we at least temporarily disregarded it?

Often, I hear people tell me they would gladly follow their passions in life if they just knew what they were. Or they have too many interests in life and don’t know which one to focus on.

So where do you start?

Instead of following your passion, as Cal Newport says, maybe you should let your passion follow you. We all tend to enjoy activities we’re good at and shy away from the things we’re not. So if you don’t have something like that, don’t wait for passion. Just get so good that the enjoyment soon follows. And if it doesn’t, you can always pick something else.

Naming and claiming a dream is a popular trend these days. What’s far less popular is the disciplined practice of a craft — spending thousands of thankless hours getting great at something before sharing it with the world.

If you tell me "I want to be an author" but have never written a word, I’m skeptical.

If you say "I was born to be a carpenter" but have never lifted a hammer, I’m doubtful.

You may like the idea of being a writer or the image of being on a construction project, but you haven’t done any actual work. You don’t understand the cost of the dream, of putting yourself out there and risking failure. Therefore, it has no real value to you. You have to practice.

But not all practice is equal. In fact, most people have no idea how to do something with excellence, which leaves little wonder why we drift from one meaningless job to the next. Maybe what we need is not less work and more four-hour work weeks, but the kind of practice that demands our total presence and most serious attitude.

This is what Daniel Coyle, author of "The Talent Code," calls "deep practice." It is the kind of the activity that requires all your strength and attention but also ends up being the most fulfilling thing you could possibly do. No, it isn’t always easy, but since when did your calling have to come easy?

And if you choose to wait, to bide your time before beginning to figure out what you were meant to do with your life, well that’s a form of practice, too.

Takeaway: You become what you practice.

Lesson 3: Commit, but be prepared to pivot.

"Desire is the key to motivation, but it’s determination and commitment to an unrelenting pursuit of your goal — a commitment to excellence — that will enable you to attain the success you seek." — Mario Andretti. Photo by Hulton Archive/Getty Images.

The hardest part of finding your calling is naming it, as it should be. This is your life’s work we’re talking about here. It won’t be easy, and it may take time to figure out. But this constant questioning of yourself and wondering what you’re meant to do can paralyze you. You can get stuck doing nothing.

The truth, though, is you’re not really doing nothing. You’re working at Starbucks or in corporate America. You’re living in your parents’ basement or a loft in the city. You’re contemplating quitting or going back to school. You say you’re waiting for the right opportunity, but let’s be honest:

What you’re doing is stalling.

When you stay stuck in that job you hate without making any movement toward change, when you keep thinking about doing something but never follow through on it, you are wasting an important part of your life. And that’s a shame because what you need to do is not that hard.

You just need to keep moving.

So I propose an alternative, a compromise between doing nothing and picking the wrong dream: Make a seasonal commitment. Choose something that strikes your fancy based on the possibility that it could be your dream. In other words: Experiment. Not in a flaky, noncommittal way. Pick something, and commit to it for a season.

Call it a seasonal dream if you want. Iterate on it until you reach a point where you know this is what you should do or not. Then go deeper or move on. This will give you experience, broaden your skill set, and teach you the value of commitment.

Most likely, this is how you will find your dream. Not by waiting around for a sign from the heavens, but by doing something and doing it with a degree of conviction and commitment that requires you to grow.

Takeaway: When in doubt, commit.

There’s one thing you can be sure of: You won’t find your dream by standing still. Finding your life’s work won’t be easy. You will have to work at it. It may, at times, even hurt a little. But it will be the good kind of hurt.

Discovering what you were meant to do will require action and reflection, and this is how awareness of our calling is grown. Which is what will ultimately lead to the realization that this thing you’re doing, this all-important something, just might be what you were born for.

Keep Reading Show less
photography
Get stories worth sharing delivered to your inbox
By signing up you agree to Upworthy's privacy policy.
Trending Stories
art
Culture