15 celebs who just stepped up big time for classrooms in need.

Hollywood heavyweights and others helped pour $14 million into school projects across the U.S. 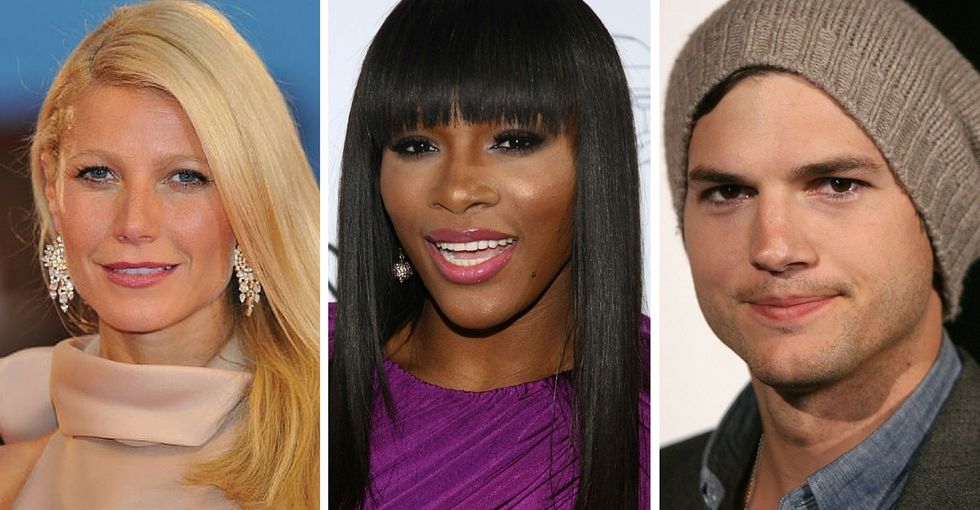 Can we agree — if any one profession deserves a shout-out, it's teaching?

So many teachers go above and beyond to ensure future generations are the best and brightest. And too often, it's a thankless (and underpaid) job they get done with little resources at their disposal.

But now, the Internet has showed teachers it cares. And it used some star power to get the point across.

Celebrities and everyday Internet people teamed up to pour as many dollars as possible into funding school projects across the U.S.

On March 10, 2016, Donors Choose — an online platform teachers can use to raise funds for important initiatives in their classrooms — kicked off #BestSchoolDay.

You could definitely say it was a success.

The fundraising site — which helps teachers request funding for things they want to do but that their school budgets can't afford, like diversify the options for children's books available to their students or get calculators for their high schoolers — got a major boost from 58 different celebrities, athletes, philanthropists, among others who helped make the day be actually the best school day ever.

They collectively donated an astonishing $14 million to various Donors Choose projects — enough to complete over half of all the projects on the platform, as Fast Company reported. Many of them decided to fund all the projects in a given city, county, or state especially close to their hearts.

"Suffice to say we’ve not done anything even fractionally at this scale ever before," Donors Choose CEO and founder Charles Best explained to the outlet. "It’s definitely the biggest day in our organization’s history, other than the day we went national about eight years ago."

So who were some of these well-known celebs throwing their support behind the teachers who could use it?

Here are just 13 of the 58 influencers who lent a helping hand...

Colbert — a Donors Choose board member who helped get the effort off its feet — is the celebrity brainpower behind the initiative. He called #BestSchoolDay "probably the best thing I've ever been involved in" and shocked everyone last year by "flash funding" all the projects in his home state of South Carolina.

"The reason they're doing it and the reason I did it is that I know the real heroes are the teachers who are too often themselves spending their own money for these projects," Colbert told CBS News. "And every dollar you give goes exactly to that project and you hear back from those kids."

And beyond Colbert, plenty of other familiar faces stepped up big time.

What she's funding: all projects in her hometown of Santa Monica, California.

What he's funding: all projects in his hometown, West Baltimore, Maryland.

What she's funding (alongside an anonymous donor): All projects in her home state of Maine.

What they're funding: All student-led initiatives from high-need schools.

What he's funding: All projects in his home state of Iowa. Watch Kutcher explain what was his #BestSchoolDay ever here.

What she's funding: All projects in her hometown of Compton, California. Williams opened up about what day was her #BestSchoolDay, which you can watch here.

What he's funding: All projects in his hometown of Hollis, Queens, N.Y. Watch Simmons open up about his #BestSchoolDay here.

What he's funding: all projects in his hometown of Chattanooga, Tennessee. Jackson gave viewers the scoop on his #BestSchoolDay ever, which you can watch here.

What they're funding: all projects in Sonoma County, California, where the couple live. They both had a #BestDayEver in school — watch them tell you all about it here.

What she's funding: all projects across several counties in California. Sandberg took some time out of her busy schedule to describe her #BestSchoolDay ever — watch it here.

What she's funding (alongside an anonymous donor): all projects in her hometown of Cleveland, Ohio. Brown dished on what her #BestSchoolDay ever was — check it out here.

What he's funding: all pre-K through 2nd grade literacy initiatives in Houston, Texas, where he plays for the Houston Rockets. Howard spilled the beans on his #BestSchoolDay here.

You can check out (and will probably recognize) the other names on the list of supporters.

#BestSchoolDay wasn't exclusive to celebs either. Plenty of people (with less recognizable ways) chipped in, in huge ways, too, like Brad Feld — he's part of VC firm Foundry Group, and he backed all projects across Alaska, Detroit, and several cities in Colorado. (Bravo, Brad!)

You don't have to have a ton of money to help educators in need though.

Anyone can make a difference to teachers and students in need.

There are plenty of worthy projects on Donors Choose. Check it out for yourself.