When a beloved professor was denied tenure, these students took action.

One Ivy League university isn't doing well on the subject of diversity. 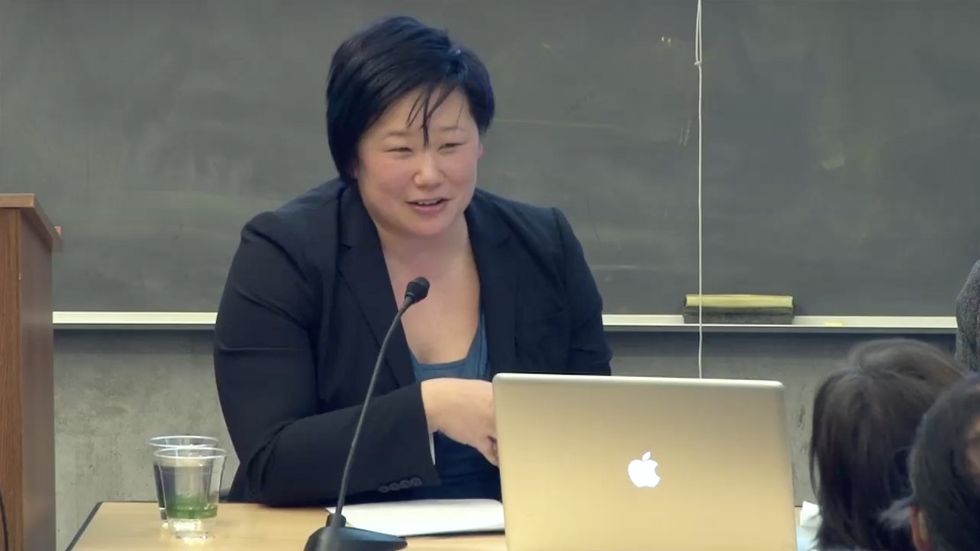 In May 2016, Aimee Bahng, an assistant professor at Dartmouth College, was denied tenure — despite unanimous support from her colleagues and glowing recommendations from her students.

In addition to being beloved on campus, Bahng is also said to be a brilliant teacher with a wide range of expertise. She specializes in Asian-American literature, feminist science and technology studies, and queer theory. But she is perhaps most well-known on campus as a community organizer who brings students of color together.

She helped found — in response to the death of Michael Brown and the failure to indict Darren Wilson — the Ferguson Teaching Collective at Dartmouth and teaches a popular course centered on Black Lives Matter.

The denial of her tenure — especially considering Dartmouth's stated commitment to make its faculty more diverse — was especially troubling.

"Once we sort of got past the anger, we were kind of shocked," Melissa Padilla, a Mexican student attending Dartmouth, told The Associated Press. "We didn't understand why the college would not take this opportunity to keep a professor of color on campus that is not only providing the academic prestige they want but is also mentoring students of color."

Dartmouth is bound by confidentiality when it comes to discussing the tenure process. But some believe the decision to deny Bahng tenure is due to the advisory committee's inability to evaluate her experimental work and service responsibilities.

Bahng said she would appeal the school's decision. However, she can't officially start the process until she receives an official letter from the school explaining her rejection. Tricky.

Image via Institute for Humanities Research/Vimeo.

The decision struck students as uncalled for and unfair. So they decided to take matters into their own hands.

Students started using the hashtags #Fight4FacultyOfColor and #DontDoDartmouth on social media in order to spotlight the story as much as possible. And the effort is paying off.

The movement has spread. Students from around the country are uniting as one to express their support and are fighting the good fight with Bahng.

This is all the way across the country in USC. Image via Kaitlin Foe, used with permission.

The students also banded together with teachers to start a petition directed at the higher-ups.

They rallied to spread Bahng's story on Change.org and now have over 3,600 signatures supporting the cause. They also gained some powerful words of encouragement from the public.

Students even rallied together to organize a symbolic "funeral," mourning the loss of their departed teachers.

It was a bold move, but it sent a powerful message across campus.

Whatever the outcome, it's inspiring to see the student community working together to create real change.

We've seen students demand their school take down a symbol of oppression. We've seen students come together to help end sexual violence. And we're seeing students across the country stand up for more diversity among faculty and speak out against what they perceive to be unfairness.

Whatever happens with professor Bahng, one thing is clear — there are many students out there who care deeply about important issues and will continue to fight for what they truly believe is right.