What do you call someone who leaves gallon jugs all over the desert? A hero. 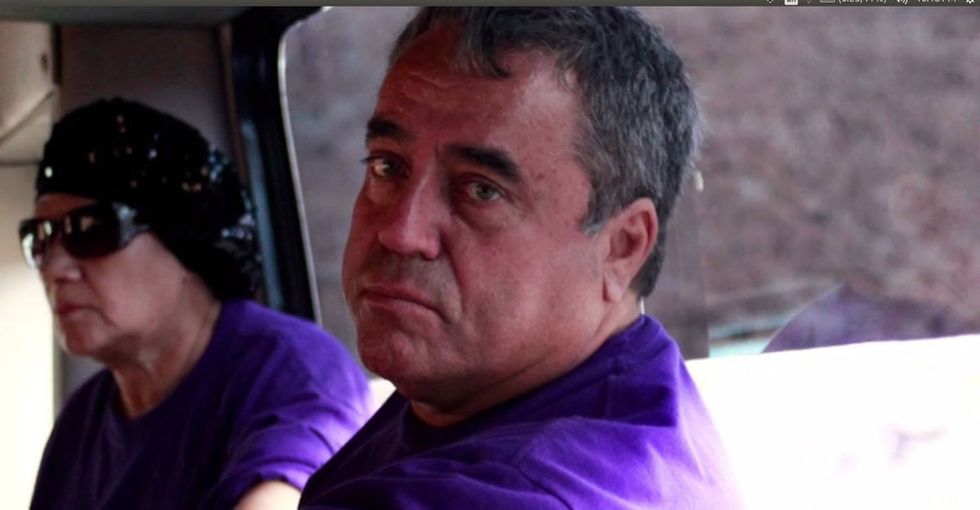 It's a heartbreaking story:

5-year-old Marco Antonio Villaseñor's father was desperately in search of economic opportunity and a better life. That need compelled him to take Marco on a trek, with nearly 20 other men, across the desert into the United States.

One day, somewhere along the journey, Marco became thirsty. He asked his father for a drink of water but received no answer. So he asked one of the other men. Again, no answer. This same request went unanswered each time the little boy approached one of his fellow travelers. Why? Because they all, including Marco's father, had already died of thirst.

Marco was asking the dead for water.

Stories like this are the ones that Enrique Morones can never forget.

They give names and faces to a group of people often viewed as a nameless, faceless mass: undocumented immigrants. And it is stories like this (shared in the video by Misael Virgen below) that motivate Enrique every day in his work as the founder and executive director of the nonprofit Border Angels.

In 1996, after 10 years of assisting migrants who lived in the canyons of San Diego, Enrique and his Border Angels began going out into the Imperial Valley desert and leaving gallons of water with the hopes that those who pass through would find them on their journey.

It's a small offering, but since thousands of people have died along that very crossing, this single gesture of love and care can make a huge difference.

The work of Enrique's Border Angels there and in other areas along the U.S.-Mexico border is a reminder of the age-old principle "Do what you can with what you have."

While the national battle over immigration reform continues year after year, people like Enrique are doing something right now: saving lives, one gallon of water at a time.

He too died of thirst on his journey. But thanks to Enrique and his Border Angels, many others won't have to.

Every day, they are making a difference in the lives of anyone who finds their life-giving water tucked under a mesquite tree, hidden from the blazing sun.

Watch the video to learn more about their mission: