Queer literature is the future. And that future looks as bright as ever in New Orleans. 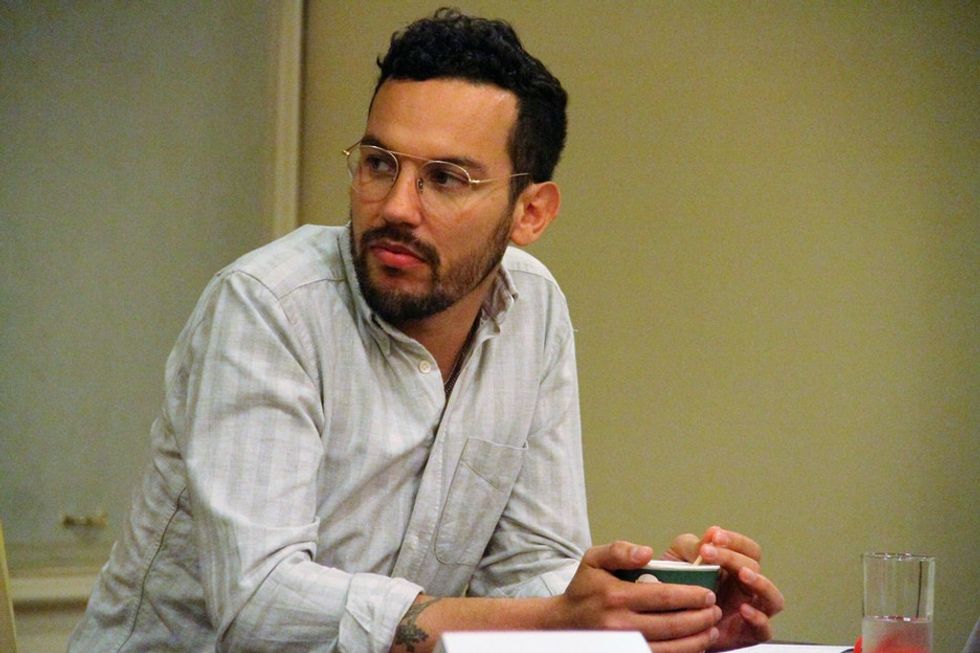 It was a steamy New Orleans night, with a dazzling party well underway: There were people on stilts, dancers donning angel wings, and even a fire eater.

It was an unforgettable queer party. Suffice to say, when the LGBTQ community in NOLA decides to do it up, they don’t do it halfway.

But this wasn’t just any old party.

This night was an incredible show of resilience from a community that was no stranger to struggle.

It was part of the Saints and Sinners Literary Festival, one of the oldest queer literary events in the country — and since 2003, it’s represented a legacy of LGBTQ creatives, surviving and thriving under difficult circumstances.

The festival was first designed to create awareness around HIV/AIDS in the LGBTQ community as well as bringing queer and trans creatives together in celebration of the arts.

And that party with the stilts and the puppets? A fundraiser, with proceeds benefiting not just the festival itself, but the NO/AIDS Task Force, the largest AIDS services organization in Louisiana.

Photo by Ride Hamilton via Saints and Sinners Literary Festival/Facebook.

It's about more than books. It's a festival with impact.

Paul J. Willis, executive director and founder of the Saints and Sinners Literary Festival, sees the festival as a chance to make waves in the community and beyond. "We can be a voice in our local community and an instrument of change," he explains.

By mobilizing the community, LGBTQ writers find new ways to use the arts to create greater understanding and awareness about the issues that impact them most.

Photo by Ride Hamilton via Saints and Sinners Literary Festival.

Saints and Sinners also creates an intentional space for the queer and trans community to connect and network, celebrate successes and new artists, and recognize the awesome history of LGBTQ creatives paving the way in queer literature.

In a wider culture that so often erases the contributions of LGBTQ people, events like these create an intentional space for community-building.

And with so many opportunities for artists and appreciators of art alike, there are so many different ways to connect with others: You can attend a panel discussion or master class with writers, editors, and publishers. You can learn about some of the up and coming names in LGBTQ lit, attend book launches and readings, meet advocates working toward LGBTQ justice, or just take in the infectious energy of the Glitter with the Literati Party.

"You can lean into conversations with some of the best writers and editors and agents in the country, all of them speaking frankly and passionately about the books, stories and people they love," writes Dorothy Allison, National Book Award finalist for "Bastard Out of Carolina."

"[It’s] hands down one of the best places to revive a writer’s spirit," Allison continues.

That spirit, and the healing that takes place at Saints and Sinners, is what the event is truly about.

It’s not just about writing — it’s about uplifting one another, walking away with more energy and purpose than you started with.

"I was a victim of a hate crime several years ago," Willis explains. The impact was devastating: He had to have his right eye removed. But it was at the festival that he found strength, friendship, and a bold new fashion choice.

"That year at Saints and Sinners, several attendees chipped in to an effort led by author and editor Ron Suresha and presented me with an awesome assortment of designer eye patches."

Because at its core, Saints and Sinners isn’t just for the love of the arts; it’s for the strength we lend one another in community.

"The festival helps ensure that the written work from the LGBTQ+ community will continue to have an outlet, that people will have access to books that help dispel stereotypes," Willis explains. "[It also helps] alleviate isolation, and provide resources for personal wellness."

And it’s the breaking down of that isolation and bringing folks together that makes the Saints and Sinners Literary Festival unlike any other.

"Imagine the flirting, the arguing, the teasing and praising and exchanging of not just vital information, but the whole spirit of queer arts and creating," Allison writes. "Then imagine it all taking place on the sultry streets of New Orleans’ French Quarter."

"That’s Saints and Sinners — the best wellspring of inspiration and enthusiasm you are going to find."

That inspiration is in abundance in a city like New Orleans. And for the queer community and the folks who support them, glitter and literature has turned out to be a winning combination.