How do I love this performance? Let me count the ways. 1) These guys just have crazy stage presence. 2) They're opening up about feelings and concerns guys aren't usually "supposed" to talk about. 3) They're paving the way for men and women to empathize over and counteract the pressure popular culture puts on us all. Now hit play already! 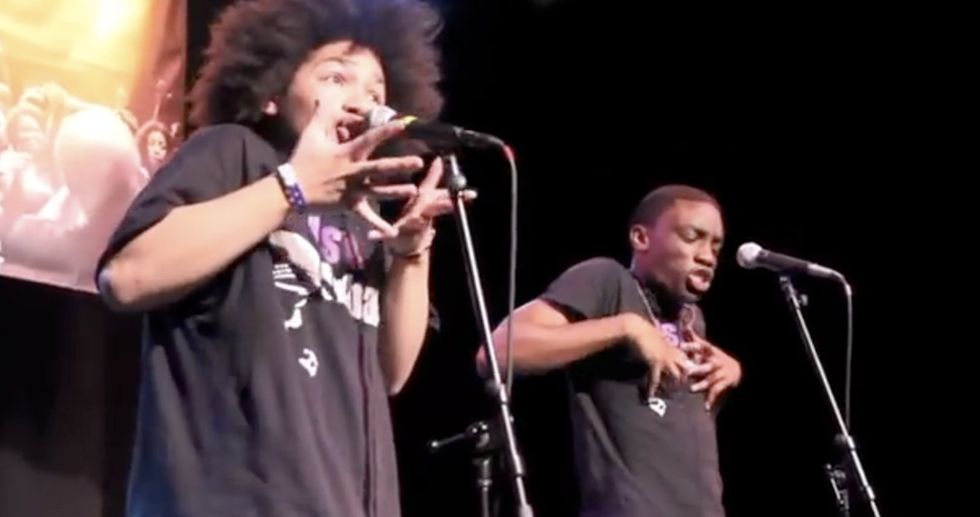 Wikipedia Image of Venus of Willendork with OnlyFans Logo

It's another tale of the age old war between art and censorship. When two museums in Vienna were banned on social media for risque works, they turned to the one place where they knew their adult subject matter would be welcomed: OnlyFans.

In July, the Albertina art museum had their Tiktok account blocked for displaying the art of Nobuyoshi Araki, whose photographs (like the one seen below) have a reputation for blending eroticism and bondage. So, okay, sure, his work explores sexual themes. But does it really warrant a social media ban?