This week in black women: We won big at the polls and fixed McDonald's ice cream problem. 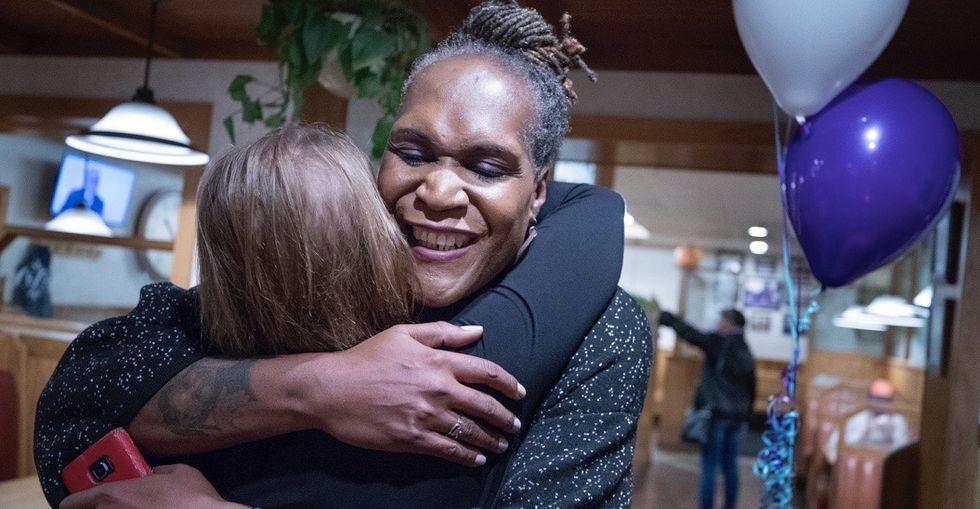 We mourned, again. We voted, again. And black women had another week of breaking barriers and doing the most in the best way.

This is the third edition of "This week in black women," a weekly column dedicated to signal-boosting the black women who make the world spin.

With elections across the country, this week was a big one. I've got shoutouts for a noteworthy artist, innovative entrepreneurs, and the black women politicians getting it done at the state and local level. Let's get to it.

Black women across the country cleaned up on election night. Vi Lyles became the first African-American woman to be voted mayor-elect of Charlotte, North Carolina. By six votes, Mary Parham-Copelan became the new mayor of Milledgeville, Georgia. Yvonne Spicer became the first mayor of the new city of Framingham, Massachusetts. The Boston City Council welcomed two new black women to their ranks. Andrea Jenkins earned a spot on the Minneapolis City Council, becoming the first out transgender black woman elected to office in the U.S. (Just hours later, she was joined on the council by Phillipe Cunningham, also a transgender person of color. Go 'head, Minneapolis.)

Black women are out here leading the way and making things happen at every level.

Image by Rob Kim/Getty Images for Museum of Modern Art, Department of Film.

"We've got your back": Demetria Obilor

A frequent viewer of Dallas' ABC affiliate WFAA posted to the station's Facebook page that reporter Demetria Obilor looked "ridiculous," body-shaming the young journalist for having curves and vowing to never watch the station again. Fans and strangers jumped to Obilor's defense, pushing back against the need to police or shame Obilor for the way she looks. The reporter even made a video thanking everyone for their support. Right on, Demetria. You do you.

"You the real MVP": Raina McLeod

Ever pulled into a McDonald's drive-thru for an ice cream cone only to discover the machines are down? It happens a lot. Like seriously, a lot. So Raina McLeod designed Ice Check, an app that uses crowdsourced information to inform you whether the local machine in your area is operational. The app launched this spring but is receiving national buzz this week thanks to shoutouts in BET and BuzzFeed. This is the future we've been waiting for. Thank you, Raina.

Soooo excited to have my app @ice.check featured on NBC6✨✨🍦

Eva told some of the women of Spelman College they're beautiful. These young women warm my heart.

I'll be back next week with more women to celebrate and support. If you know a black woman I should feature, send me some links!