This mom-daughter relationship proves older kids in foster care are worth a second look. 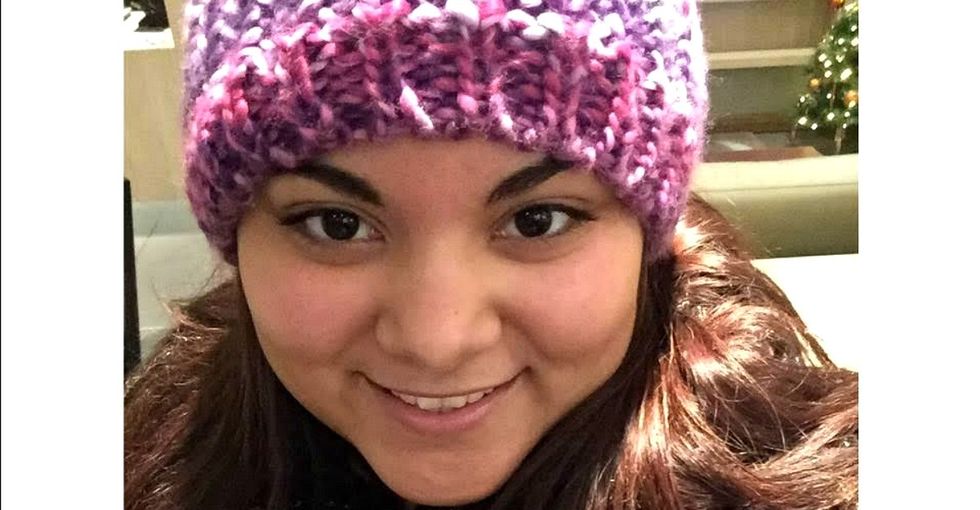 Ever since Liz was a young girl, she knew she wanted to adopt.

This feeling only solidified as she grew into a determined and passionate woman.

As a teacher of 20-plus years and an avid community service provider, she always felt pulled toward the idea of helping kids in need.

"I knew there were a lot of children in the world that needed good homes," Liz said.

However, when Liz was diagnosed with uterine cancer at 27, she had to put her adoption plans on hold.

On top of that, Liz was in her 30s and caring for her sick mother, so she didn't formally start looking to become an adoptive parent until she was in her early 40s.

By that time, Liz had also been in remission for 13 years, which she counted as a sign to move forward.

But her friends weren't entirely on board with her adoption plan.

Liz wanted to foster to adopt, meaning she'd foster a child in the foster care system with the intention of adopting. Several of her friends thought she was asking for trouble. They couldn't understand why she didn't want to adopt a baby.

But a baby wasn’t Liz’s plan. She’d always had a soft spot for older kids, which is why she didn't hesitate to start the course to become a foster parent.

Once you get through the training, they assign you a social worker and put your information in the system so that kids' social workers can find and match you.

Liz was first scheduled to meet a 13-year-old girl. But when the girl's social worker met with Liz during a preliminary house inspection, she made an unusual recommendation.

She told Liz she thought she had an even better match for her, but the girl in question, Ashley, was 15.

To the social worker's surprise, Liz was totally on board to meet Ashley instead.

Their first meeting was in January 2012 at an ice cream shop. It was a bit awkward, especially considering the social worker was sitting at the table with them, but the two got along well despite that.

So they set up weekly get-togethers and phone conversations to see if they were the right fit for each other.

"Once we started to talk, we bonded quickly," writes Ashley in an email.

"Ashley and I say it’s like we dated," Liz jokes.

So, after about six weeks of "dating," Ashley moved into Liz's house and started at the local high school — Westford Academy.

There was an adjustment period, to be sure, especially in terms of her academic life. Ashley's education was full of gaps, partially because her birth mother had taken her out of school for long stretches of time and Westford was a rather prestigious school. But Liz worked with Ashley to help her catch up, and eventually her grades improved.

Ashley also went to therapy regularly to help her cope with all the trauma she experienced as a child.

And slowly but surely, she began to feel more secure in her life with Liz. The two became close.

"I realized that I was comfortable when I started to share things with her about my past," Ashley recalls.

About a year after Ashley moved in with Liz, Liz officially adopted her. Ashley was 16 at the time, making her the oldest child to be adopted in Massachusetts in 2012.

"I was excited," said Ashley in an Ad Council interview. "[I'd] finally have a forever home."

Needless to say, it was a big moment for both mom and daughter. But it was just the beginning of experiences that would bring them closer together.

Liz took Ashley on her first major trip somewhere — they went to Las Vegas. They often get mani-pedis together, and they made a ritual of cooking together, although Liz jokes that Ashley's a way better cook than she is.

Liz also helped her get into volunteering — a passion they both independently shared.

They started a nonprofit called Suitcases of Hope, which provides kids in foster care with their own duffle bags filled with comfort items like sheets, a toothbrush, even a stuffed animal.

"Most kids have to throw all their clothes into garbage bags when they move to a new foster home," Liz says. This personal duffle bag is something that can really feel like theirs.

Aside from Suitcases, between high school and college, Ashley also joined the AmeriCorps City Year program, which connects volunteers with underserved kids who are struggling in school.

The experience helped her get into Central Piedmont Community College, where she achieved a 4.0 GPA. She plans to transfer soon to a four-year college.

According to Liz, Ashley often says the 15-year-old she was wouldn't recognize the young woman she's become — in the best way.

Liz and Ashley traveling in New York City together. Photo via Liz Benstead.

On the flip side, Liz says Ashley's made her more patient, resilient, and understanding. Now that Ashley's in her life, she's smiling and laughing much more often.

That said, Ashley doesn't shy away from telling her story. In fact, she and her mom often speak publicly about adoption, which is how they eventually got connected with AdoptUSKids — a national organization that helps support child welfare systems.

"She is ... determined to say to the world, 'Look, I was in foster care, I've been neglected and abused, and guess what, I made it,'" Liz says.

"I'm no longer doubting myself a lot, I don't have low self-esteem," said Ashley in an Ad Council interview. "And that's all thanks to my mom."

If Ashley could tell prospective adoptive parents anything, it would be to not overlook the foster care system.

"Ignore any misconceptions about foster kids. Every child wants to be loved," Ashley says.

To learn more about adoption and awesome teens like Ashley, check out AdoptUsKids, or contact them via phone, email or chat. And to hear more about Ashley and Liz, check out the video below:

The 2020 general election will be unlike any in U.S. history due to a large number of people voting before election day, November 3.

The COVID-19 pandemic has many voting early, either in-person or by mail, so they can avoid large crowds of people. While others are mailing in their ballots early due to concerns over President Trump's attempts to stifle voter turnout by disrupting the United States Postal Service.

Four states officially started early in-person voting on Friday and if the number of people who've already cast a ballot in Virginia is any indication of a nationwide trend, voter turnout is going to be massive this year.