This is why you can't wear white after Labor Day. 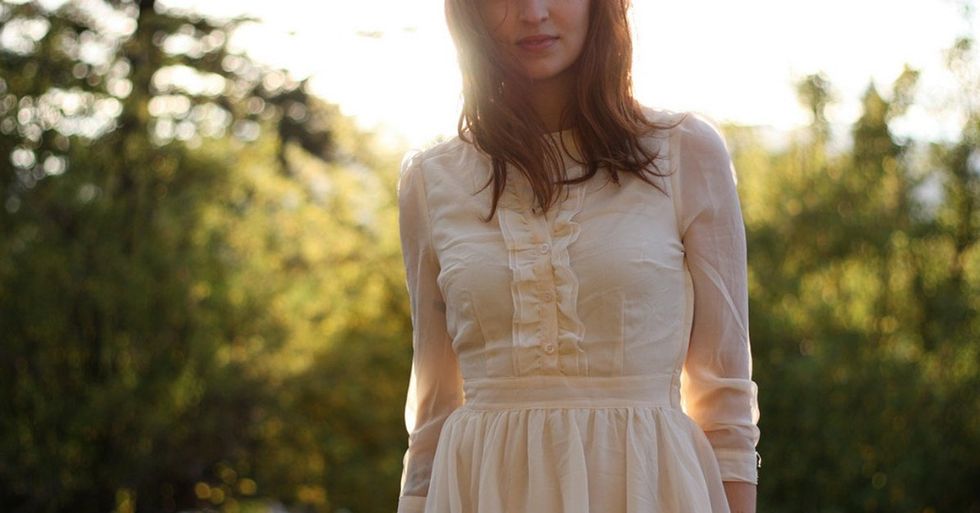 It’s Labor Day which means three things: Pumpkin spice season is here, the kids are back in school, and you absolutely cannot wear white until Memorial Day 2019.

Who cares that it’s still above 90 degrees across the country, you must ascribe to the Starbucks and fashion rules of yore, right? Well, maybe not, at least according to Emily Post.

The idea beyond the “no white after Labor Day” rule first came into the American fashion scene at the turn of the 20th century, according to the Emily Post Institute. Back then, the “summer season was bracketed by Memorial Day and Labor Day,” when city folks would shed their heavily-layered sidewalk frocks for more comfortable and light fabrics at the seaside.

"Not only was there no air-conditioning, but people did not go around in T shirts and halter tops. They wore what we would now consider fairly formal clothes. And white is of a lighter weight."

But don’t blame southerners or Californians for this ridiculous fashion faux pas.

“All the magazines and tastemakers were centered in big cities, usually in northern climates that had seasons."

Those snobby New England elitists used the rule for more than just marking the passage of another summer in Newport and Long Island. They also used the trend to keep a newly upwardly mobile middle class from settling in on their turf.

“...it was difficult to tell the difference between old money, respectable families, and those who only had vulgar new money. By the 1880s, in order to tell who was acceptable and who wasn’t, the women who were already ‘in’ felt it necessary to create dozens of fashion rules that everyone in the know had to follow.”

So do we still need to follow this archaic rule more than 100 years after it took effect?

According to the manners experts above, hell no. In fact, you can wear whatever you want, whenever you want, because you live in 2018.

As the Emily Post Insitute notes, of course you can wear white after Labor Day, and it makes perfect sense to do so in climates where September’s temperatures are hardly fall-like.

Even in the dead of winter in northern New England the fashionable wear white wools, cashmeres, jeans, and down-filled parkas.

The true interpretation is wear what’s appropriate—for the weather, the season, or the occasion.

Bill Gates has always been passionate about providing vaccines to the parts of the world that lack resources. On Friday he came through again by announcing that the Bill and Melinda Gates Foundation is committing $150 million toward efforts to develop and distribute a low cost COVID-19 vaccine to some of the poorer countries of the world.

According to Vox, this latest financial commitment brings the total Gates has dedicated to the pandemic to around $500 million. He is hoping the funds will keep vaccine costs down to increase accessibility beyond just the wealthier populations. As Gates told Bloomberg, "We're trying to make sure we can end it not just in the rich countries." Gates is working with the Serum Institute, which is the most prolific vaccine producer in the world, to make $100 million doses that would not exceed $3. In general, companies producing the vaccine have agreed to keep the profit margin low."