This heroic man 'hugged' a terrorist. And it likely saved hundreds of lives. 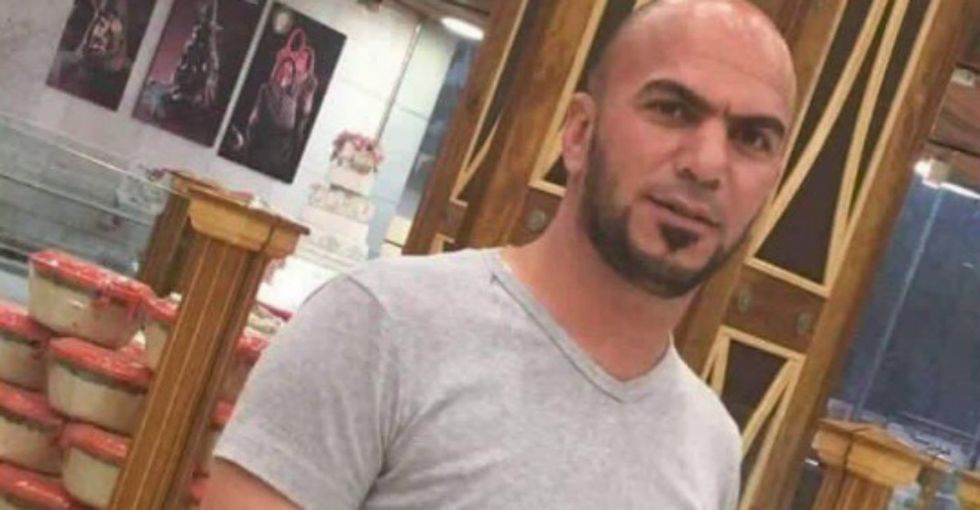 His story is one that everyone should remember — especially those of us who live outside the Muslim world.

On July 7, 2016, Al-Baldawi spotted a member of the Islamic State (ISIS) disguised in a military uniform, sneaking his way toward the Sayyed Mohammad Shrine in Balad, Iraq.

The terrorist — who had strapped himself in explosives as part of a three-man suicide bomb team — was aiming to destroy the sacred structure and take as many innocent lives as possible.

Balad is no stranger to terrorism. Seen above, onlookers take in the wreckage after car bombs went off in a market in 2005, killing at least 99 people. Photo by Akram Saleh /Getty Images.

Al-Baldawi, however, stepped in by "hugging" the terrorist in an attempt to minimize or prevent the explosives' devastation, according to reports.

Al-Baldawi reportedly embraced the ISIS terrorist right before the explosive went off, sacrificing his own life and significantly reducing the blast's reach, according to Iraqi activists who identified the hero.

While at least 40 people unfortunately lost their lives in the blast, Al-Baldawi's last-second intervention likely saved hundreds of others.

Al-Baldawi's heroism is admirable. But his opposition to terrorism actually isn't all that unique, really.

It's an opposition that's shared by the vast majority of Muslims around the world.

From the picture too often being painted by Western media and presidential hopefuls alike, it may be easy to forget most victims of terrorism are, in fact, Muslim.

It may also be easy to forget that non-Muslims are responsible for the overwhelming majority of terror attacks in the U.S. and Europe.

Remembering Muslims are our allies in the fight against terrorism is not only crucial in defeating extremism, it's the morally responsible thing to do.

If we truly celebrate diversity, we shouldn't demand our borders be closed to Muslim refugees — those who, more than anyone else, know the pain caused by religious extremism — we should welcome them with open arms.

Muslims are not terrorists. Terrorists are terrorists. And nothing shows that more than Al-Baldawi's brave sacrifice to protect the beautiful city he called home.