They compared Wall Street bonuses to the total earnings of every minimum wage worker. Oh, it's sad.

I think it's a little backward. What do you think? 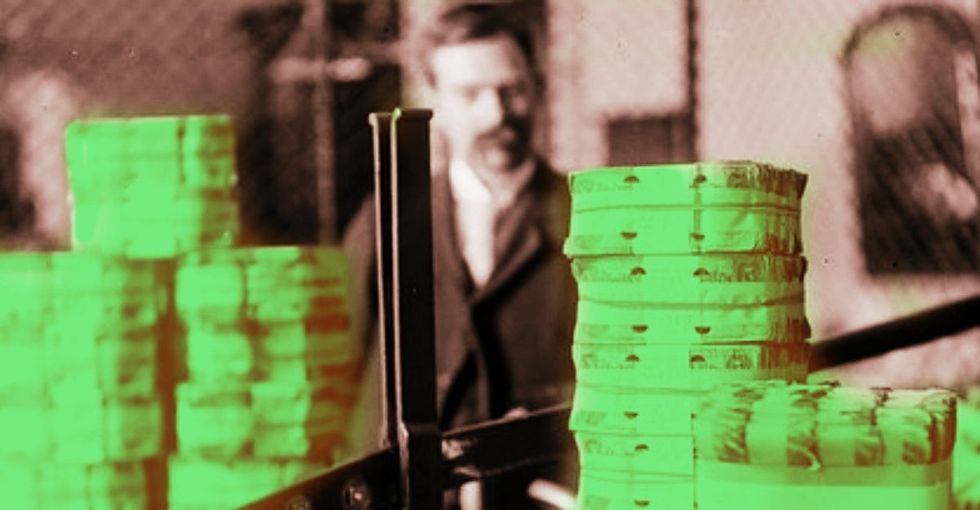 First, congratulations, Wall Street! I'm sure you really earned each and every dollar. Now let's break that down to a figure the rest of us can wrap our heads around. According to the New York State comptroller, Wall Street employees (167,800 of them, to be exact) received an average bonus of $172,860.

My math put it at just shy of $170,000, but when you're rolling like that, what's a few thousand dollars? Especially considering this figure doesn't include their salaries, which are almost certainly very generous. But hey, they're doing God's work.

Meanwhile, in the vast land of minimum wages, a million workers earned about half as much as Wall Street made in bonuses alone.

While those 1 million minimum wage employees also include tipped workers who are probably earning more than the federal minimum, let's be real: A server's earnings are a far cry from a six-figure bonus on top of a six-figure salary.

$28.5 billion would be more than enough to pay living wages to millions of low-wage workers.

If the term "living wage" is new to you, here's the short of it:

"The minimum wage does not provide a living wage for most American families. A typical family of four (two working adults, two children) needs to work more than 3 full-time minimum-wage jobs (a 68-hour work week per working adult) to earn a living wage."

Putting more money in the pockets of low-wage workers does more for the overall economy than Wall Street bonuses.

Before we dig in, try to put yourself in the shoes of a Wall Street worker. What are you going to buy with that $170,000 bonus? Remember, this is just extra cash on top of your salary, and all of your basic needs are well taken care of. And how much of it are you actually going to spend? Got some stuff in mind? OK, hold that thought.

Now, put yourself in the shoes of a minimum wage worker. What are you going to buy with that paycheck? Remember, housing costs will put a big dent in your finances. Then there's your utilities, and you have to eat, right? Oh, and if you have a family, it's probably dwindling even more quickly. See where I'm going with this?

"Wall Street bonus season may coincide with an uptick in luxury goods sales, but a raise in the minimum wage would give America's economy a much greater boost. To meet basic needs, low-wage workers tend to spend nearly every dollar they make. The wealthy can afford to squirrel away more of their earnings. All those dollars low-wage workers spend create an economic ripple effect."

What would happen if that $28.5 billion went to low-wage workers instead?

We already know that minimum wages are barely, if at all, providing the lowest earners with what they need to get by. A modest boost in their wages from the federal minimum of $7.25 to $15 an hour would allow them to more fully meet their needs, and that spending would stimulate the economy.

The person with an extra $170,000 on hand isn't likely to spend it all because, well, there's only so much a human being needs. Sure, that might fund a vacation home, a boat, maybe some expensive trinkets — but for the most part, it just becomes accumulated wealth. And stockpiled cash does nothing for the economy.

Considerably, indeed. A wage increase totaling $28.5 billion to minimum wage workers would boost the country's gross domestic product by three times as much as the same amount going to people who are already well-off, like Wall Street employees.

Raising the minimum wage to a living wage serves everyone's interests — even the short-sighted people who would argue otherwise.

And lastly, consider this: Those massive Wall Street bonuses? Those are rewards for exactly the kind of risky decisions that tanked the economy in 2008. Doesn't that seem a little backward for a country that says it values an honest day's work?