These millennials demonstrate there's no wrong way to make a little holiday magic. 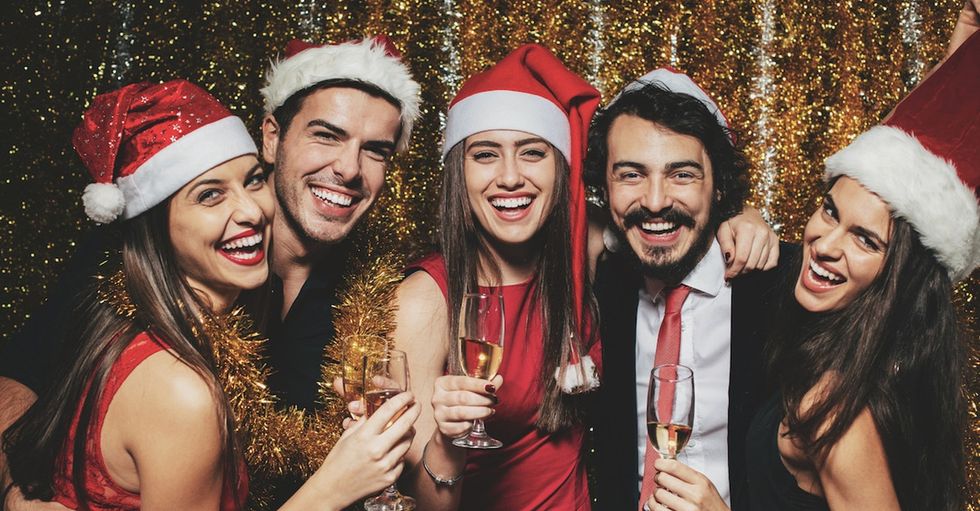 Leah Ableson is a 24-year-old wedding planner living in New York City, and she’s made it her mission to create traditions that bring others joy.

On paper, Leah could be quintessential material for the opening of a Christmas movie: a millennial who’s overtaxed by work and too busy to think of anyone other than herself before having an unexpected run-in with Santa that reminds her of the true meaning of Christmas. But Leah’s already begun a tradition of helping others around the holidays with no Santa run-in required.

Busy as she is, Leah sets aside her birthday every year — just a few weeks before the holidays — to go shopping for as many toys as she can afford, and then she drops them off at Toys for Tots. She’s also part of a bigger annual tradition: She’s a member of a specially trained team that helps Macy's host Santa and his elves during their month-long residency at SantaLand on 34th Street.

All images via iStock.

Leah created her holiday traditions to be about one thing: keeping the magic alive for others.

She sees much of that magic firsthand as children — and adults! — interact with Santa. "There have been kids who have asked for peace in the world, or peace in their families, or for their parents to get everything that they've ever wanted," she writes in a message. "You really see so much good.”

That human goodness — and Santa’s ability to coax it out of people and into the open — is what constitutes holiday magic in Leah’s book. The idea that she, too, could spread some magic of her own is what inspired her to start her own toy-drive tradition.

"Seeing the kids at SantaLand every year really drove home to me how special Christmas and the magic surrounding it are for a lot of them," she says. "To a lot of kids, toys aren't these material objects, they are treasures that inspire their imagination and creativity. Going out and picking out toys for kids felt like a way that I could sort of encourage that magic."

There's a common misconception that millennials are universally uninterested in traditions. But Leah is definitely not alone in using rituals new and old to celebrate the season.

Across her generation, people are doing the same thing: picking and choosing which traditions are important based not on an older generation's input, but on what rituals bring them and their communities the most joy.

For 23-year-old Mae McKenna, midnight Mass is the event that completes her Christmas. She goes with her seven-person family, and as she begins to think about starting a family of her own, she says that church will be a tradition that she keeps with her.

"There’s a lot of really sweet magical stories that come out of the religious end of the holiday that keep people humble," she shares. "It’ll be important to me to pass that onto my kids so they care more about spending time with family and celebrating than focusing on the gifts they get."

For a family of swing dancers, it's raucous cooking-and-dancing Christmas prep that defines the season. "We listen to the same six CDs in the same six-disk CD changer," explains 22-year-old Carolyn Chadwick. "It's not so much about the gift-getting or giving. My family doesn't get along very well, but something happens to us when we dance. I can't quite describe it, but it's important that we keep doing it."

Some traditions are downright ridiculous but no less treasured. "I created a tradition of always getting my brother and sister wooden shapes from Michael's for Christmas. It's the worst gift ever, and it's always funny," says 24-year-old Ryan Creamer, who says he started giving at least one truly terrible present every year to lighten the pressure associated with trying to give the perfect gift.

That Leah, Mae, Ryan, Carolyn, and others put so much thought into their holiday traditions contradicts the notion that their generation is too "self-centered" to care about such things.

"I think millennials have a way of saying when we think something is pointless, or being done for the wrong reason," Leah wrote. "And so I think a lot of the traditions that older generations may have held onto are being questioned, but I don't think it's because we don't respect tradition. I'd like to think our age group upholds fewer traditions, but the ones that we uphold have great value."