The powerful story of a trans boy, his loving mom, and a very bright future.

"I’ll make sure the world moves out of your way so that you can be you." 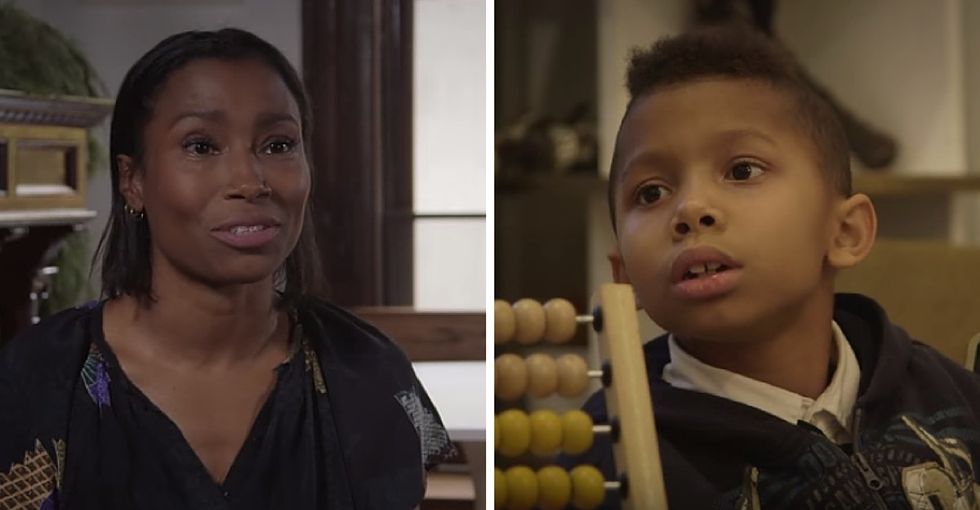 One day, Jodie Patterson followed her mother's intuition and asked her child, "Why are you so angry?"

Her son, Penelope, had been growing distant. He loved being at his dad's side, doing "dad things," but Patterson felt like Penelope was hiding from her.

The mother of five knew something was up. And it broke through when she finally posed the question, asking Penelope what was so upsetting.

As evidenced in the video below by the Human Rights Campaign, it was a life-changing moment.

Penelope may have been deemed female at birth, but it's not who he is. He's creative, determined, talkative, and one of the thousands of American kids who are transgender.

Being a trans kid can be tough, as Patterson knows all too well.

"Sometimes I feel like the world is against us," she noted. "Penelope — and all of the Penelopes — are up against a lot."

But that won't stop her son from celebrating who he is. Once he began expressing his truest self, the real Penelope blossomed.

"We made vows to him that who you are, I respect," Patterson said. "Where you’re going, I’ll go with you. And I’ll make sure the world moves out of your way so that you can be you.”