The government has quietly—and drastically—changed the definition of domestic violence. Why? 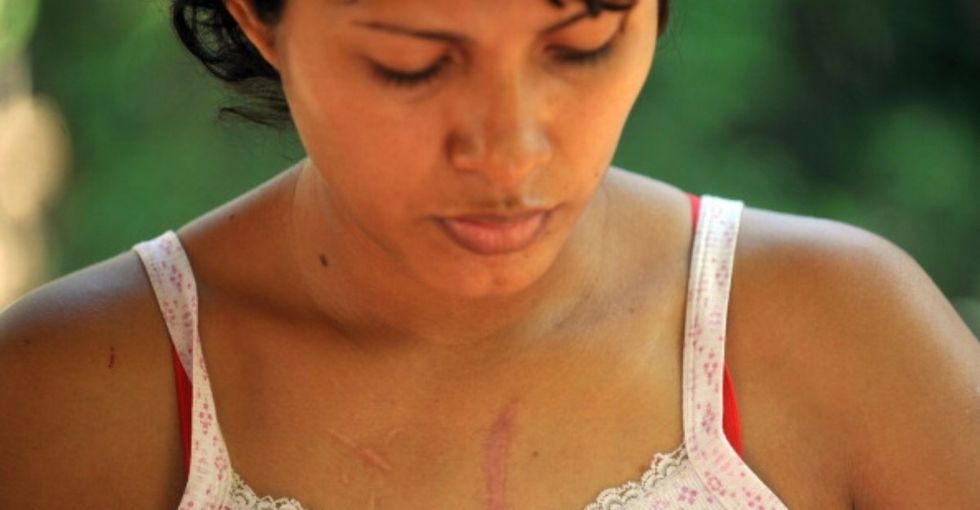 The Trump administration has alarmed experts and advocates by quietly changing the government's definitions of domestic violence and sexual assault.

For decades, many people who study domestic violence have fought to broaden the public's and the justice system's understanding of what domestic violence and sexual assault look like. Now it appears that much of that work has been erased at the federal level.

Let's take a look at the changes in definitions that quietly took place this past spring. Under the Obama administration, the definition of domestic violence was as follows:

We define domestic violence as a pattern of abusive behavior in any relationship that is used by one partner to gain or maintain power and control over another intimate partner.  Domestic violence can be physical, sexual, emotional, economic, or psychological actions or threats of actions that influence another person. This includes any behaviors that intimidate, manipulate, humiliate, isolate, frighten, terrorize, coerce, threaten, blame, hurt, injure, or wound someone.

Physical Abuse: Hitting, slapping, shoving, grabbing, pinching, biting, hair pulling, etc are types of physical abuse. This type of abuse also includes denying a partner medical care or forcing alcohol and/or drug use upon him or her.

Sexual Abuse: Coercing or attempting to coerce any sexual contact or behavior without consent. Sexual abuse includes, but is certainly not limited to, marital rape, attacks on sexual parts of the body, forcing sex after physical violence has occurred, or treating one in a sexually demeaning manner.

Emotional Abuse: Undermining an individual's sense of self-worth and/or self-esteem is abusive. This may include, but is not limited to constant criticism, diminishing one's abilities, name-calling, or damaging one's relationship with his or her children.

Economic Abuse: Is defined as making or attempting to make an individual financially dependent by maintaining total control over financial resources, withholding one's access to money, or forbidding one's attendance at school or employment.

Psychological Abuse: Elements of psychological abuse include  - but are not limited to - causing fear by intimidation; threatening physical harm to self, partner, children, or partner's family or friends; destruction of pets and property; and forcing isolation from family, friends, or school and/or work.

Domestic violence not only affects those who are abused, but also has a substantial effect on family members, friends, co-workers, other witnesses, and the community at large. Children, who grow up witnessing domestic violence, are among those seriously affected by this crime. Frequent exposure to violence in the home not only predisposes children to numerous social and physical problems, but also teaches them that violence is a normal way of life - therefore, increasing their risk of becoming society's next generation of victims and abusers.

Quite comprehensive, right? But in April, without any formal announcements or media coverage, the Department of Justice’s Office on Violence Against Women (OVW) changed the definition of domestic violence to this:

In an emergency, victims of domestic violence should call 911 or contact state or local law enforcement officials, who can respond to these crimes. Individuals in need of non-emergency assistance can also call the National Domestic Violence Hotline at 1-800-799-SAFE or visit www.TheHotline.org.

Domestic abuse goes far beyond physical violence. And simplistic definitions don't help people who are in abusive situations and can actually harm women who are trying to get help. According to Holly Taylor-Dunn, a senior lecturer at the University of Worcester in England who worked as a domestic abuse officer for the police and has studied domestic and sexual violence for 17 years, said that she was shocked to see the new definitions.

“I was massively surprised and really shocked," she told The Independent. "It is quite scary how quietly it has happened. It is a massive step backwards. We have literally gone back to the 70s. We have worked so hard since the 60s and 70s to get domestic abuse and sexual violence understood as being about more than physical violence. Changing the definition to take it back to being about physical harm completely undermines what domestic abuse is about."

The definition of sexual assault also got an overhaul. And the question remains "Why?"

Under the Obama administration, sexual assault was defined as follows:

Sexual assault is any type of sexual contact or behavior that occurs without the explicit consent of the recipient. Falling under the definition of sexual assault are sexual activities as forced sexual intercourse, forcible sodomy, child molestation, incest, fondling, and attempted rape.

As with domestic violence, the definition of sexual assault under the Trump administration is less specific and more focused on laws:

The term “sexual assault” means any nonconsensual sexual act proscribed by Federal, tribal, or State law, including when the victim lacks capacity to consent.

What's unclear is why the Department of Justice felt the need to make these changes. The department offered the following statement to Slate in response to an article on the change, which boasts of the administration's financial support for violence against women but still doesn't explain the reasoning for these significant wording changes on its website.

"The Department is strongly committed to enforcing the Violence Against Women Act (VAWA) and combating domestic violence, dating violence, sexual assault, stalking, and sex trafficking, and to do so in a manner that is consistent with the law enacted by Congress. Domestic violence is clearly defined in VAWA, and OVW has always used the statutory definition in carrying out its mission. By following the statute, the Department ensures the funds made available by Congress are employed in the most effective manner possible to reduce violence and to assist crime victims.

In fiscal year 2018, OVW awarded a record $467 million under VAWA. President Trump’s request for fiscal year 2019 OVW funding was the largest ever requested. OVW discretionary grantees serve an average of 125,000 victims every six months and formula subgrantees serve over 400,000 victims each year. VAWA funding supports victim advocates who answer over a million hotline calls and provides over 2 million housing and shelter bed-nights for victims and their children annually. Every year, VAWA-funded professionals assist victims in securing more than 200,000 protection orders."

It's great that the OVW has helped fund services for victims of violence. But if the definitions of domestic violence remove the very common and equally harmful elements of emotional and psychological abuse, how is that helpful to those suffering in those damaging relationships?

So many questions and so few answers.