The boring thing strangers talk about to make conversation is actually a really important discovery.

The science behind climate change is far more complicated than simply studying temperature changes. In fact, he says it's so involved that it's our "greatest scientific discovery." I love my science education with a side of GIFs, pop culture references, and movie and TV clips. I hope you enjoy it, too. 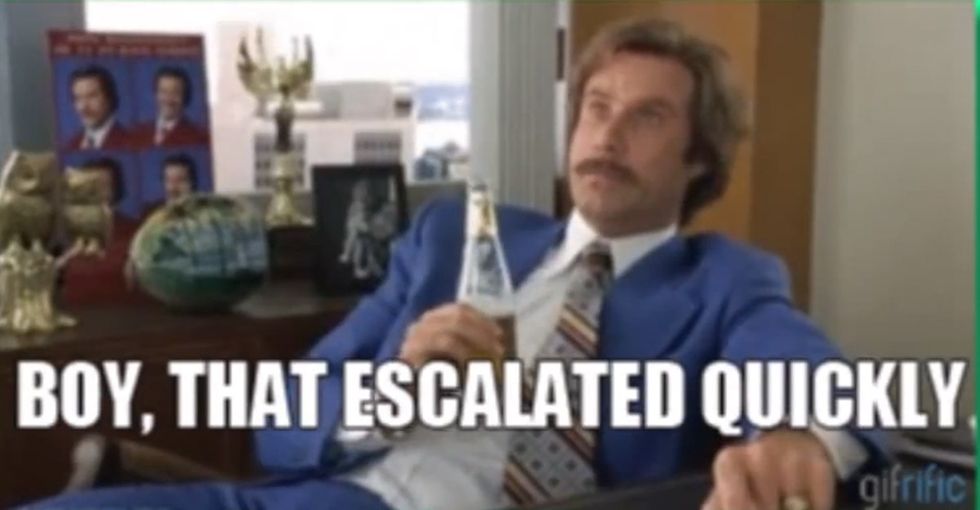 Back to school shopping? Round up your purchase at Macy’s and help boost literacy in underserved communities.

This year, your back-to-school shopping can have a positive impact for local families, and all you have to do is round up at checkout. But first, let's talk about America's literacy problem. Did you know that two-thirds of children living in poverty do not own books?

For these children, schools and local libraries are often the only place where books are easily accessible. And what about the impact the COVID-19 pandemic has had on these under-resourced communities as children were learning remotely? The experience of a child living in an impoverished community is vastly different from the experience of other children. There has been a 27-point gap in literacy proficiency between Black students and their White counterparts for almost thirty years. The pandemic will likely only worsen these numbers.

The ability to read and write is something many of us take for granted (you're reading this article right now!), but according to the National Assessment of Educational Progress, sixty-five percent of American 4th graders read below grade level. This sobering statistic translates to approximately 8,000 students dropping out of school every single day. Low literacy rates disproportionately affect poor, underserved areas — students drop out of school, get locked out of the job market due to a lack of education, and the cycle of poverty continues.

Simply put, inequitable access to literacy resources and support is a major part of what perpetuates a cycle of poverty that makes it difficult to succeed academically and ultimately in the workplace.

Literacy isn't only about classroom education — it plays a vital role in transforming children into socially and civically engaged citizens. It means being able to keep up with current events, communicate effectively, pass a driving test, and understand the issues that are shaping our world. It enables us to self-advocate, understand finances, and make better decisions regarding healthcare, housing, and nutrition. The fact that twenty-five million children in the U.S. cannot read proficiently is alarming because every child deserves equitable access to books and education, and we must all come together to address this crisis and make a real change. That statistic doesn't bode well for our future.

There was an emotional exchange on TikTok between two people who lost their fathers to cancer. One was actor Mandy Patinkin, the other was TikTok user Amanda Webb.

Patinkin currently stars on "The Good Fight" but one of his most famous roles is Inigo Montoya in the 1987 classic "The Princess Bride." In the film, Montoya is a swordsman who is obsessed with confronting a six-fingered man who killed his father.

Webb recently lost her father Dan to mantle cell lymphoma. She had heard a rumor that Patinkin used his father's death from cancer as motivation in a pivotal scene where he confronts the six-fingered Count Rugen (Christopher Guest) in a duel.

Keep Reading Show less
movies
Get stories worth sharing delivered to your inbox
By signing up you agree to Upworthy's privacy policy.
Trending Stories
travel
Prosperity

A study reveals the cheapest time to buy airfare

A teacher had to tell her deaf students that people can hear farts. Their reaction was hilarious.

Ear rumbling is a special 'superpower' that not everyone has