Susie has Down syndrome. For years, she didn't talk, until she found a sport that made her want to.

What she did to overcome her social anxiety is pretty impressive. 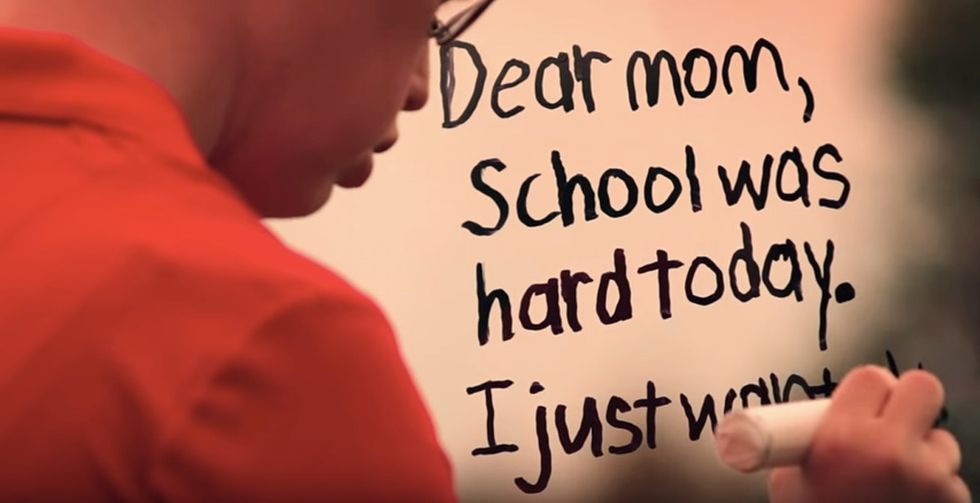 Susie Doyens has Down syndrome, and it left her almost mute due to social pressure and anxiety.

Written notes and communicating through her mother were her ways of "talking" to the world when she was a child.

Fast forward to 2001, when she was asked to be part of the Special Olympics Global Messenger training that teaches public speaking, and its emissaries talk to people — publicly — about those with special needs.

Check out her story:

It wasn't all that long ago that families who had kids born with Down syndrome were encouraged to take them to institutions, drop them off, and never look back. In fact, Susie's parents, Lynda and Dan, were encouraged to do just that.

In an interview with the Special Olympics, Dan, Susie's dad, remembers: “The pediatrician that told us [that she had Downs syndrome] says, 'Well, maybe you should just drop her off at a home and leave her there.' And we said, 'No, we can't do that.'"

Fortunately for Susie, they were not about to do anything of the sort. Instead, they worked with her year after year, until at age 9, Susie was still not speaking. She was so painfully shy, she'd look at people's shoes rather than in their eyes. "Her head was always down," according to her dad.

She communicated almost exclusively via written words on paper.

But then, she discovered Special Olympics, where she got to play golf with professionals in a program called “Unified Golf."

As her skills grew, so did her desire to communicate with others using her actual voice. She built relationships with other players, and she was highly competitive, seeking a gold medal where she could.

Susie has competed in 10 sports during her nearly three decades in Special Olympics, but golf is the sport she's most passionate about.

Now, she looks people right in the eye — by playing golf in the Special Olympics and speaking to thousands of people through the Global Messenger program.

"Special Olympics makes me feel good about myself. And I love public speaking," says Susie.

Indeed. And a beautiful voice it is.

What's the Special Olympics all about?

Timothy Shriver, Chairman & CEO of Special Olympics, says that people with intellectual disabilities tend to believe that their opinions are not important and that others can speak for them better. That certainly happened in Susie's case.

The mission statement for the organization lays it all out:

"The mission of Special Olympics is to provide year-round sports training and athletic competition in a variety of Olympic-type sports for children and adults with intellectual disabilities, giving them continuing opportunities to develop physical fitness, demonstrate courage, experience joy and participate in a sharing of gifts, skills and friendship with their families, other Special Olympics athletes and the community."

More than 4.4 million athletes from over 170 countries participate every year in training and competitions.

And once every two years, the program holds the biggest competition, the Special Olympics World Games. The most recent summer games, held in Los Angeles, ended in early August 2015.

Check them out. And here's a place to read more of Susie's story. For a longer, more detailed video on her parents and her transformation, check this video out.