Stormy Daniels shuts down a homophobic heckler in perfect fashion. 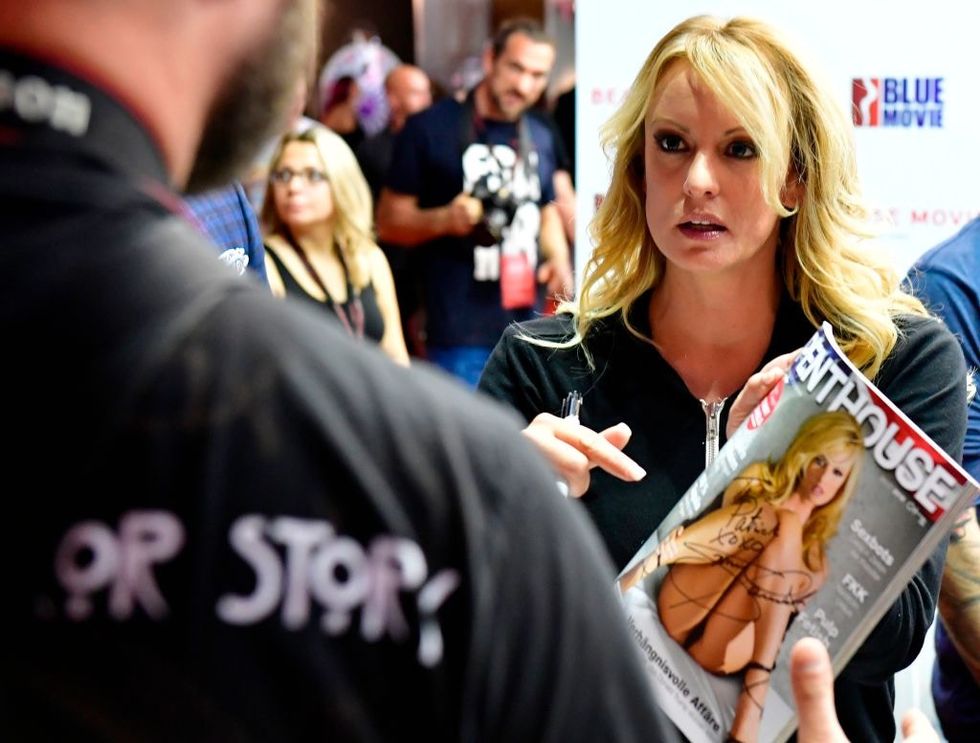 Stormy Daniels is continuing to use her 15 minutes of fame for good.

The adult film actress and dancer has a lot more to talk about things besides her alleged affair with Donald Trump. Most recently, she posted a photo to Instagram announcing she was pulling out of a scheduled dance performance at a Florida nightclub after she says an employee used a homophobic slur against a member of her team.

“I will NOT be performing at Goldfingers tonight because the owner called my assistant a ‘fucking faggot’ after asking me to do something not in my contract,” Daniels wrote on her Instagram account. “That kind of abuse will not be tolerated ... When are dipshits gonna learn that I do not respond well to bullies?”

Daniels said she forfeited a $6,800 fee that she would have received for appearing at the club and performing in the “VIP” section -- something she says wasn’t in her original contract agreement. For their part, the Goldfingers club alleges that no employees used the homophobic slur and that the entire incident stems from a contract dispute between Daniels and the club.

“The breach of contract is on Ms. Daniels the reason for her departure is a small one and to save face she fabricated a story about the use of a homophobic remark by one of our staff members As a reason for her departure,” reads a statement from the club ownership. “Our owners, managers and staff firmly disapprove of use of any hate speech to any person, regardless of race, gender, creed and sexual orientation.”

Though Daniels has largely dropped out of the spotlight in recent weeks, her alleged affair with Trump continues to be a major component in Robert Mueller’s investigation of Trump and his 2016 election team.

Trump’s former “fixer” Michael Cohen paid Daniels $130,000 shortly before the 2016 election. If those payments were directed by Trump (something he denies), it could be a major campaign finance violation, resulting in fines and other penalties that could seriously damage Trump’s presidency.

But whatever comes of that investigation, it’s nice to see Stormy Daniels using her time in public spotlight to stand up for what’s right and shut down what’s wrong.